They can approach silently by sea in small boats, wade ashore and disappear into the bush.

Or they can drive long distances in specialised vehicles where there have never been any roads.

Wherever they are in the most remote parts of Australia, the mission is the same: to observe undetected.

As well as welcoming Prime Ministers and royals, NORFORCE remains one the Army’s most unique units.

“The fact of the matter is we could not provide the capability which we provide today to Army and government without the critical role played by our Indigenous soldiers,” Lieutenant Colonel John Papalitsas, NORFORCE’s Commanding Officer, tells SBS World News.

“We’re all part of this one mob and we [the Army] have our own system of elders, our own laws, our own customs and our own ceremonies.”

Raised in 1981, the North-West Mobile Force is one of three infantry units of its kind in the Australian military.

Its surveillance and reconnaissance missions see it patrol the most remote parts of the Northern Territory and northern tip of Western Australia.

Two other units like it cover the Pilbara in WA and Far North Queensland. In the event of an invasion of Australia, it’s designated by the Army as a stay behind unit, operating behind enemy lines. 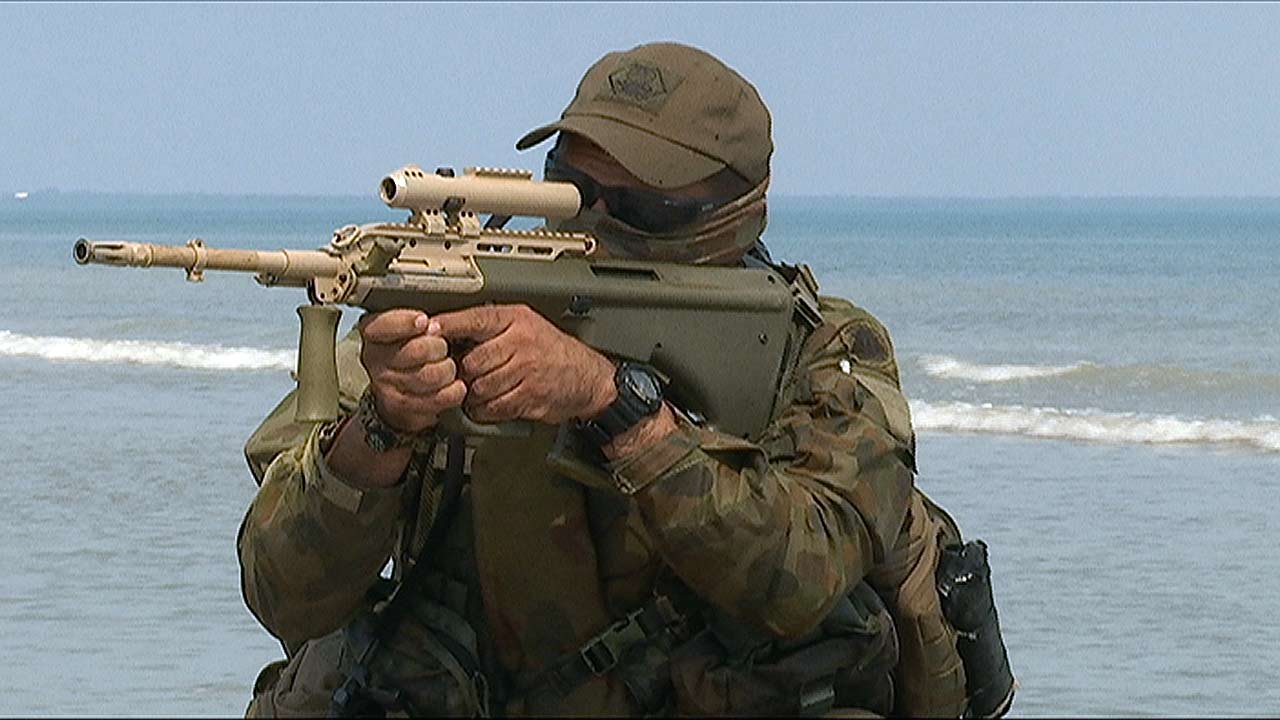 The North-West Mobile Force is one of three infantry units of its kind in the Australian military.
SBS World News

“We are protecting our coastline, making sure nothing strange is happening during the night, sometimes day time,” Private Patrick Purantatameri from the Tiwi Islands said.

“[People] might bring something suspicious and drop it off on the island or somewhere inland.”

A mostly reservist unit of part-time soldiers, approximately half of NORFORCE’s 380 soldiers are Indigenous.

“They know what’s normal and what’s not normal in that community,” Lt Col Papalitsas said.

“If something is out of place, if someone is there that shouldn’t be, they’re the first people that pick it up because they live and work with and through the community around them.”

The Defence Department told SBS World News 2.5 per cent of its soldiers identify as Indigenous, and it aims to reach five per cent by 2025.

It’s where programs like the Army Indigenous Development Program come in.

A pre-recruitment course which guides Indigenous people into NORFORCE or other parts of the Army, it has the ability to waiver certain education and health requirements which might bar First Nations people from a career in the Australian Defence Force.

The course is run regularly out of the Batchelor Institute in the Northern Territory and has just expanded to Wagga Wagga in New South Wales.

“There’s an ability for us to waiver certain entry requirements because we understand educational standards, quite often, are an issue for us,” Lt Col Papalitsas said.

“We work on their physical fitness, their self-confidence, their understanding of the military itself to help them acculturate to life in the uniform.” NORFORCE's surveillance and reconnaissance missions see it patrol the most remote parts of the NT and northern tip of Western Australia.
SBS World News
MORE NEWS: