Thousands of migrants now face a long wait for their Australian citizenship to be finalised after ceremonies nationwide were cancelled due to coronavirus measures. Many are now calling on the government to find another way.

Tens of thousands of migrants waiting to become Australian citizens are now facing an indefinite wait for the process to be finalised after ceremonies across the country were cancelled due to restrictions brought on by the coronavirus pandemic.

Many are calling on the government to follow New Zealand and temporarily waive the requirement of a public ceremony and oath-taking while national restrictions on mass gatherings remain in place.

Concerns have also been raised that pressing pause on citizenship ceremonies all together will create further unnecessary delays in the already overloaded citizenship process. Sydney resident Susan Parmentier, who migrated from Venezuela, had been looking forward to the moment she became an Australian citizen for more than five years.

But despite meeting the residence, character, and other requirements to become a citizen, and passing the citizenship test, her hopes were shattered after the City of Sydney council announced their ceremonies would be cancelled until further notice.

While she understands the public health rationale for shutting down the ceremonies, she wants the government to find an alternative way to grant her citizenship.

“We have been left in limbo … we don’t know when it’s going to end,” the 32-year-old told SBS News. “To have the citizenship put on hold right at the end when all we need to do is attend the ceremony is a bit disappointing.”

Ms Parmentier said she was particularly worried as her home country has stopped issuing passports and she is currently unable to travel in an emergency. 'Lives are on hold': Government pressured to address citizenship backlog

After joining a forum with other people left waiting for their citizenship to be finalised, she decided to start a petition calling on the government to act.

“It’s a goal that has taken, for many of us at least, five years of hard work, taking tests, having our degrees assessed, saving money for visas and permanent residencies,” she said.

“The majority of people are looking forward to making the pledge of commitment, that’s part of the requirement and we’re more than happy to do it, either electronically or via statutory declaration.”

After an application for Australian citizenship is approved, migrants are required to attend an in-person ceremony and make the Australian Citizenship Pledge before becoming an official citizen. Incoming citizens are usually invited to a ceremony organised by their local council within six months of their application being approved. The current waiting time from date of application to ceremony can be up to two years for 90 per cent of applicants in the main stream. 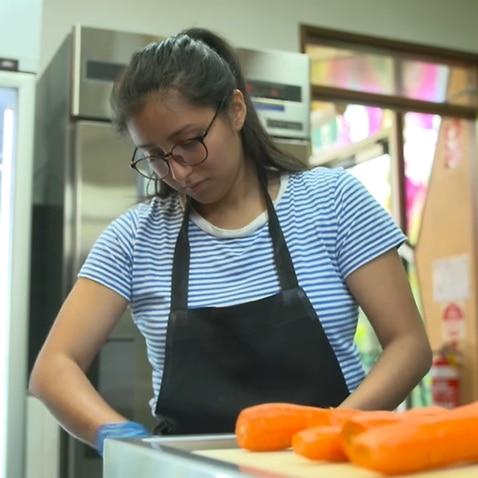 New Zealand national Carla Jones is among the thousands waiting for their citizenship process to come to an end after she said: “ceremonies came to a grinding halt”.

The Brisbane resident, who came to Australian in 2011 following the Christchurch earthquakes, said there has been “no communication whatsoever” about the cancellation, leaving her and others who have had their applications approved to discover the news on social media.

Ms Jones added that she was unable to finalise her divorce without proving her Australian citizenship. Minister for Immigration David Coleman, who is currently on leave.
AAP

Last month, New Zealand’s department of internal affairs announced that all citizenship ceremonies would be cancelled and prospective citizens would be allowed to sign a statutory declaration as a replacement for a public oath.

Professor Mary Crock, an expert in citizenship law at the University of Sydney, said there were alternative ways prospective citizens could take an oath without attending a mass gathering, but that developing a new process was likely low priority for the government.

“You’re dealing with a government that is just struggling to keep its head above water, and for that reason, citizenship has just slipped down the list of priorities,” she said. 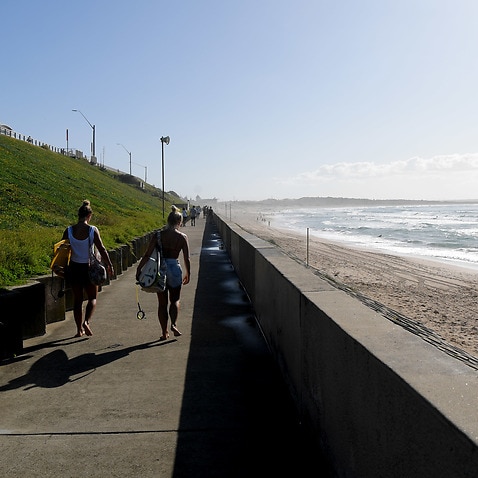 Those waiting for their official ceremony are still able to access most of the same rights afforded to Australian citizens, including unemployment benefits for permanent residents, but they are not able to vote or apply for an Australian passport.

New Zealand nationals in Australia affected by the COVID-19 restrictions have also been included in the Government’s JobKeeper supplement, which allows employees of companies and not-for-profits that have lost at least 30 per cent of their revenue to be paid $1,500 a fortnight.

In September last year, Immigration Minister David Coleman said his department had been working to process citizenship applications as “efficiently as possible, while also maintaining the integrity of the program”.

Six Dr Seuss books are being pulled because of racist imagery