The former prime minister said people on Nauru were overwhelmingly economic migrants, warning against a growing public mood to bring children to Australia for medical care.

"If we give them what they want we will get more of them - that's to say the boats will start up again," Mr Abbott told 2GB on Monday.

But Mr Abbott is adamant a crossbench push to get children off the Pacific island will send the wrong message. Thousands gathered at Melbourne's State Library on Saturday to march to get refugee kids off Nauru and Manus.
AAP

"Of course 'Kids Off Nauru' is a great slogan but it's a dreadful guide for policy," he said.

"If we aren't allowed to have kids on Nauru, just bring some kids with you and you automatically get to Australia."

Mr Abbott says people on Nauru are "very well looked after" despite a leading Australian paediatrician's warning children could die if they are not taken elsewhere.

"Health services on Nauru for boat people are much more extensive than the health services that a lot of regional towns get here in Australia," Mr Abbott said. "Nauru is no hell hole. I've been there. If you like living in the tropics it's a very, very pleasant island."

Independent MP Cathy McGowan believes Mr Abbott is in the minority, saying the tide of public opinion has turned in favour of getting asylum seeker children off Nauru.

"There's willingness now to not only get the kids off, but I hope the next step is to stop indefinite detention," she told ABC radio on Monday.

Prime Minister Scott Morrison has distanced himself from a deal to resettle the asylum seekers on New Zealand after flagging it as a solution during the Wentworth by-election campaign. The soon-to-be independent MP in that seat, Kerryn Phelps, lashed out at the government over the apparent policy retreat.

''I think most people in Wentworth and Australia got the impression the government was going to accept the NZ offer and now it appears that this is not happening." 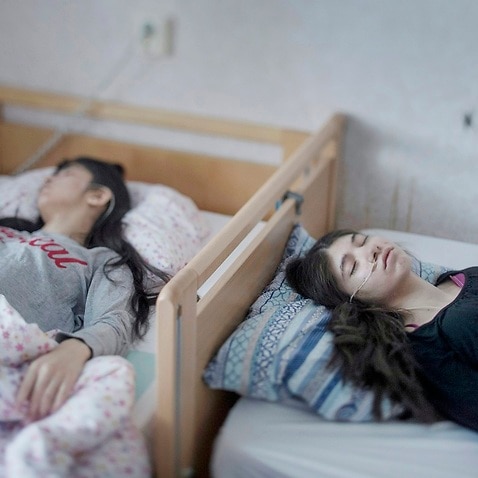 Labor has said it will "seriously consider" resettling asylum seekers from Nauru to New Zealand, but is critical of proposed laws banning those refugees from ever coming to Australia.

The Greens along with independent MPs Andrew Wilkie and Rebekha Sharkie are also calling for action.