"The so-called settled science is not quite as settled as people say and that's my position," Mr Abbott said while campaigning in his Sydney seat of Warringah on Friday.

"Nevertheless, we've only got one planet. We should do what we reasonably can to rest lightly upon it," he said. "I've always said climate change happens, mankind makes a contribution, we should do what we reasonably can to reduce emissions.

"What we shouldn't do though is turn our economy upside down in what turns out to be a futile green gesture."

Material from US space agency NASA suggests there is a wide scientific consensus on climate change.

"Multiple studies published in peer-reviewed scientific journals show that 97 per cent or more of actively publishing climate scientists agree: climate-warming trends over the past century are extremely likely due to human activities," it says.

"In addition, most of the leading scientific organisations worldwide have issued public statements endorsing this position." 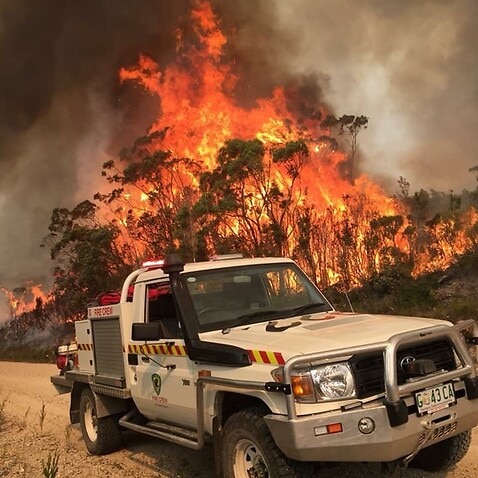 Ms Steggall, considered one of Australia's most successful alpine skiers, has made climate change a key point of difference with Mr Abbott. It comes a month after Mr Abbott flip-flopped on the Paris Agreement, saying he no longer wants Australia to pull out of the deal, now that then-PM Malcolm Turnbull wasn't overseeing the nation's plan to reduce emissions.

Mr Abbott came to power in 2013 following a relentless campaign against the Labor Party's carbon tax. He repealed the legislation in 2014, a move slammed by environmental groups. In 2013, Mr Abbott told the ABC "I think that climate change is real [and] humanity makes a contribution. It's important to take strong and effective action against it".

But his other comments have been different.