Advocates say the effects of climate change have already hit the low-lying islands of the Torres Strait.

A group of Torres Strait Islanders has invited Prime Minister Scott Minister to visit their homes so he can "witness for himself the climate impacts in the region".

The group has already made an official complaint to the UN over the government's alleged "climate inaction" and will now lodge this latest request with official government channels. A representative of the islanders, Kabay Tamu, is in New York this week where he is speaking at a global summit on human rights and climate change, ahead of the UN climate summit next week.

While there, he will personally deliver the invitation for Mr Morrison to Australia's Ambassador to the UN, Gillian Bird. 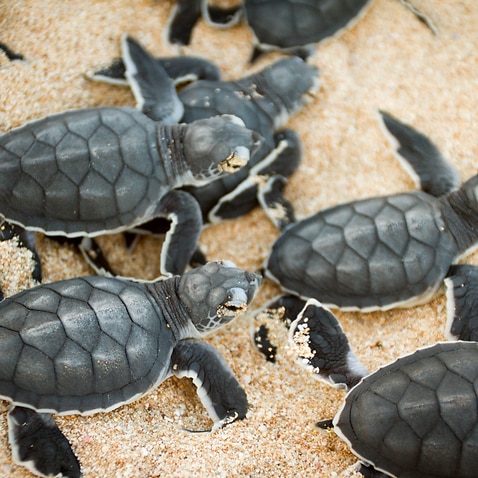 Mr Tamu told SBS News on Thursday that climate change could make some of the Torres Strait Islands uninhabitable.

"We will have to move away from our islands," he said.

"It will be like colonisation happening all over again - being disconnected from our traditional lands. And when you get disconnected, you lose all of your culture and your tradition." In May, eight islanders lodged a world-first complaint to the UN Human Rights Committee over the government's response to climate change.

Their complaint argued Mr Morrison's failure to adequately cut emissions and build defences such as sea walls violated their basic human rights to life and culture.

They want Australia to stop using and exporting thermal coal for electricity generation and achieve zero net emissions before 2050, in addition to asking for $20 million in protective infrastructure such as sea walls. Earlier, Mr Tamu said in a statement, "Australians all across the country are facing devastating impacts like bushfires, floods, rising seas, dying coral reefs and biodiversity extinctions. Yet the government's response has been woeful".

"As fellow islanders, we were embarrassed by Australia's showing at last month's Pacific Islands Forum. Also disappointing was the Prime Minister's decision to visit the US but skip next week's UN climate summit," he said.

"With no clear signal the federal government is acting with the urgency needed, we're urging the PM to visit our islands, meet our communities and see the climate crisis for himself."

Environmental legal charity ClientEarth, who is supporting the islanders' complaint to the UN, said rising seas were already threatening homes in the Torres Strait, "swamping burial grounds" and "washing away sacred cultural sites".

"Amid the steady erosion of coastlines, islanders are witnessing communities being inundated, infrastructure damaged, sea walls and flood defences breached, freshwater wells contaminated and plants and crops spoiled," the group said in a statement.

The Coalition government claims it's on track to reduce carbon emissions by at least 26 per cent by 2030, in line with Paris Agreement commitments.