Climate change experts say Scott Morrison is using recycling and plastic in the ocean as a distraction from the much bigger threat of global warming.

Scott Morrison has been branded a "used car salesman" by climate change experts who say his focus on plastic pollution is a distraction from the much bigger environmental threat.

"Australia is responsible for just 1.3 per cent of global emissions. Australia is doing our bit on climate change and we reject any suggestion to the contrary," he told the UN General Assembly on Thursday morning. He talked up Australia's action to combat plastic pollution and invest in recycling technologies.

"It's great that he is concerned about plastic in the oceans and recycling, but that problem has zero to do with emissions of carbon dioxide and global warming so it sounds like kind of a distraction to me," Professor Sherwood told SBS News.

"It's something that people can see, it's kind of icky whereas carbon dioxide you can't see, but in terms of the threat that it poses to our future I don't think the two are comparable on any timescale."

While Mr Morrison downplayed Australia's contribution to global emissions, Professor Sherwood said the government's failure to step up action had not gone unnoticed by bigger countries like China which is holding off increasing its targets until other developed countries do more. 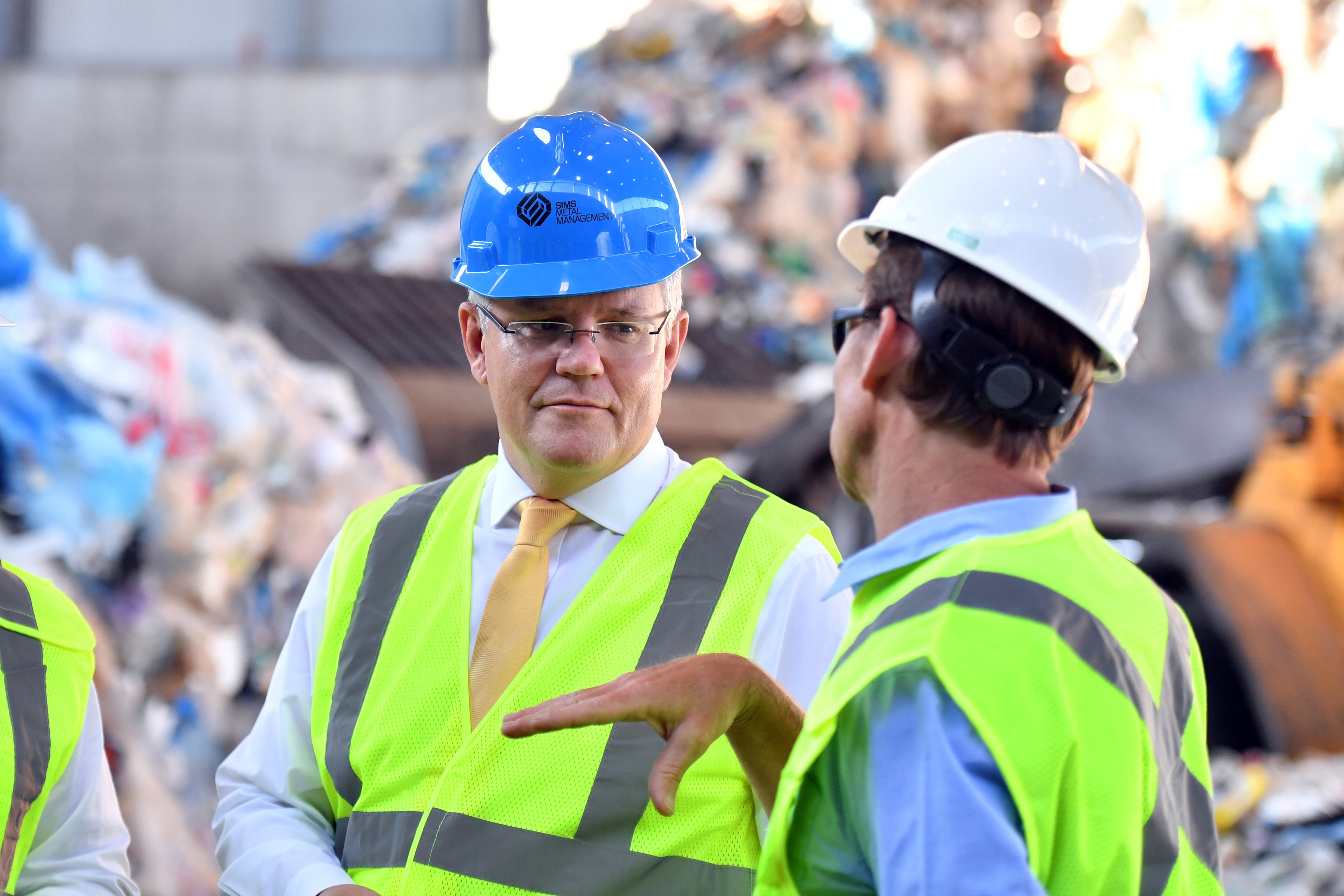 Prime Minister Scott Morrison has been accused of using plastic pollution as a distraction from addressing climate change.
AAP

"Even though we're pretty small, we do set an example. If we decide we're not going to particularly worry about this problem then other's aren't going to either."

The federal government insists it's on track to meet its Paris Agreement target to reduce emissions by 26-28 per cent on 2005 levels by 2030, even as emissions continue to rise.

Mr Morrison instead told the UN that estimates of future emissions had fallen.

"Currently Australia is one of the highest emitting countries per capita. We're in a position where it's relatively easy for us to reduce our emissions and yet we have among the weakest targets among developing countries compared to Europe." Richie Merzian from progressive think tank the Australia Institute said Mr Morrison's speech was an embarrassment on the international stage.

"It came off as a used car salesman trying to flip a lemon as a land cruiser. You felt that marketing push," he said.

"And you really question why the leader of Australia used an address to the entire United Nations to water down the importance of climate change and talk up every other environmental issue he could think of."

Mr Merzian, a former negotiator for the Australian Government on previous international climate deals, doubted the speech would convince many of his fellow world leaders and officials in New York.

"It's a complete distraction. Did the Secretary-General just have a summit on plastic? No. Did a million kids and adults strike because of plastic straws ending up in the ocean? No."