The poster boy for the Fred Hollows Foundation arrived in Australia this week from Vietnam to express gratitude to the organisation that helped restore his sight twenty five years ago.

Vietnamese man Tran Van Giáp was just seven when a glass shard hit him in his right eye in 1992.

He was playing with his friends on the street in a village 400 kilometres from Hanoi when the accident happened.

"I felt a lot of pain and I couldn't see anything," he told SBS News.

His father took him to doctors at several hospitals in the region who all said they couldn't help him.

So his father travelled to Hanoi's Institute for Ophthalmology. But it was to no avail.

"The doctors said they could not help. We were about to go home but we saw a crowd in the hospital courtyard with some foreign doctors," he said.

"My father kept pushing me forward to Fred, and he grabbed me and looked at my eyes. At first I felt really scared but later I felt happy because the doctor paid attention to me."

Watch: Giáp tells of his achievements after his sight was restored

The operation would also prevent an infection in Giáp's injured eye from transferring to his other one, which the doctors feared would make him blind in both eyes.

Twenty five years later, Giáp has come to Australia for the 25th anniversary of the Fred Hollows Foundation, a charity set up by Dr Hollows and his wife, orthoptist Gabi, in 1992 - before Dr Hollows passed away from metastatic renal cancer in February the following year.

Giáp said the sight-restoring surgery motivated him to contribute to society and he became the first in his family to graduate from Hong Duc University in Thanh Hoa, about 150 kilometres south of Hanoi, where he studied to become a mathematics schoolteacher.

"The operation opened up many opportunities for me. I tried my best to study and make use of those opportunities [to become a teacher]," he said. 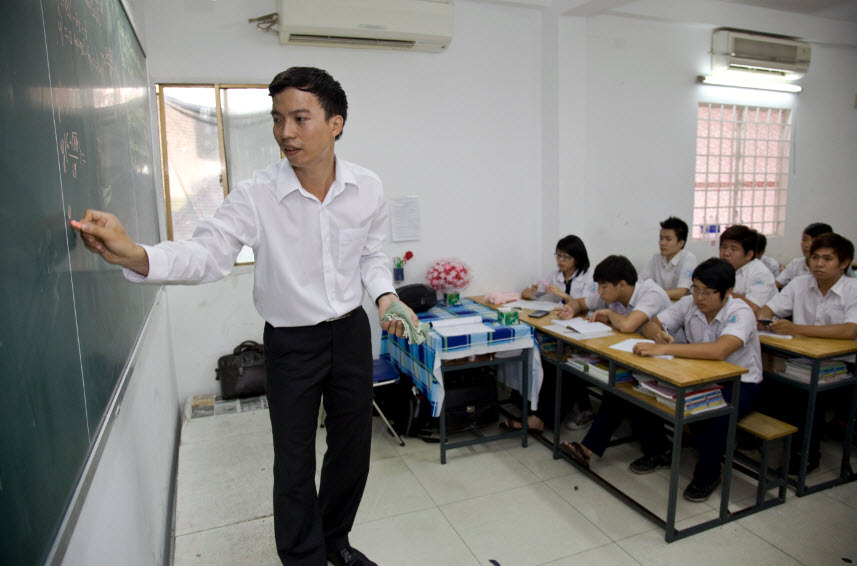 Ms Gabi Hollows, the founding director of Fred Hollows Foundation, said she was proud of the work the foundation had achieved.

"Fred wanted to assure people that there were no double standards in opthamology, you never treated anybody any differently, so his public or his private patients got exactly the same treatment," she said.

In 1985, Dr Hollows travelled to Nepal, Myanmar, Sri Lanka, India and Bangladesh with the World Health Organisation where he saw the need for better and more affordable eye care such as locally produced intraocular lenses, which are used to treat cataracts. Gabi Hollows with Giap on his trip to Australia for the 25th anniversary of the foundation.
SBS

He soon facilitated local communities in Nepal and Eritrea to establish factories that could produce intraocular lenses cheaply.

Despite being diagnosed with cancer in 1989, he continued working to prevent blindness of people around the world.

In 1992, Dr Hollows discharged himself from hospital in Australia to travel to Vietnam to train more than 300 Vietnamese eye specialists in modern cataract surgery techniques.

Watch: Ms Hollows talks about who are most affected by treatable blindness

It was on this trip that Giáp and his father had their chance encounter with Dr Hollows.

After he passed away, his wife Gabi took the reins.

She arrived in Vietnam six weeks after Fred's death to kick off the training of 330 eye doctors. The mission was finished three years later but she has kept in touch with Giáp ever since. 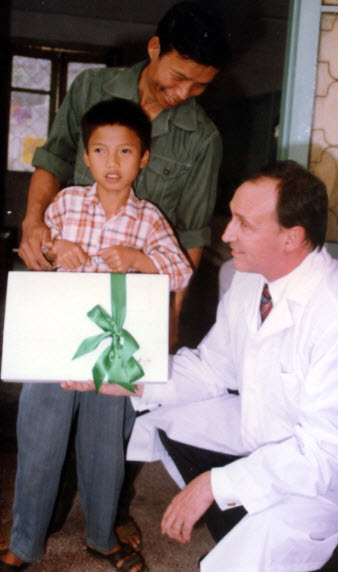 The foundation's Vietnam country manager, Dr Phuc Huynh Tan, was one of those doctors the foundation trained.

"In Vietnam they call it the 'revolution of cataract surgery'," Dr Phuc told SBS News.

"Most of the surgeons, they did the operation in the old technique [before Dr Hollows arrived]," he said.

"They open the eye, they remove the cataract out, they close they eye and that's it. The person had to wear glasses, very thick glasses."

"Not only training, the foundation has also provided the equipment, for the modern technique," he said.

Vietnam now has 1,000 surgeons who can perform 250,000 cataract surgeries every year, according to Dr Phuc. 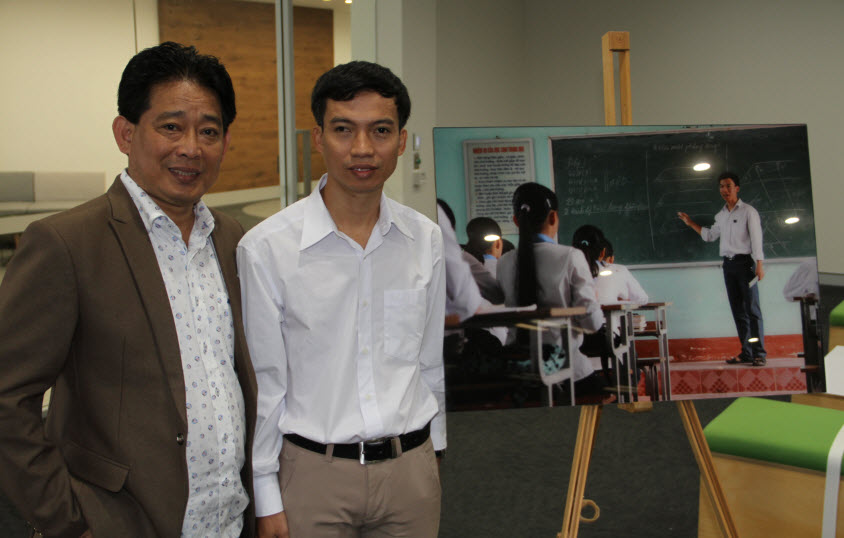 Ms Hollows said the foundation had made significant progress in 25 countries since its inception.

"We've doubled and tripled our programs, and all the other programs around the world, we really are catching up and it's a real snowball effect so it’s a pretty amazing outcome," she said.

In the past 12 months the foundation has supported sight-restoring eye operations and treatment to nearly 900,000 people, trained nearly 65,000 surgeons, health workers and teachers, and treated more than 8 million people with antibiotics for trachoma. 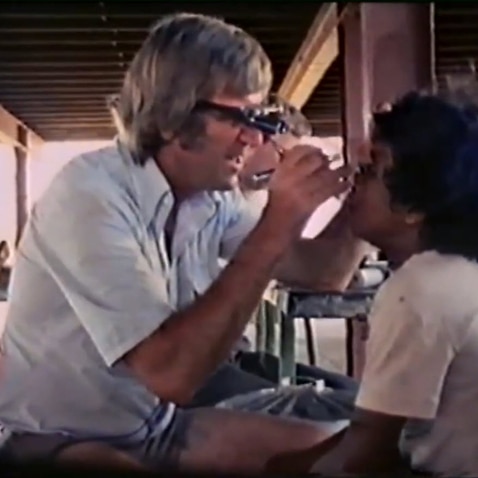 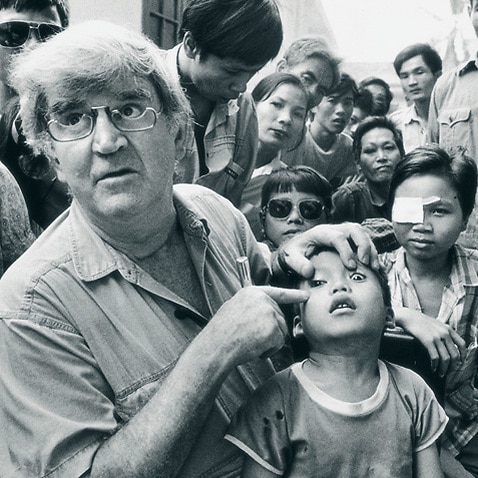 Campaign for Fred Hollows on the five dollar note