Australia may appear to have COVID-19 under control but experts are warning that a second wave of cases could happen at any time.

Australia has this week recorded some of its lowest daily numbers of new COVID-19 cases since the beginning of the outbreak.

As the country's pandemic curve flattens, state and federal governments have started to loosen some restrictions, with more set to be reviewed.

But experts warn the danger has not yet passed and a "second wave" of viral infections could hit Australia hard in the months ahead.

Dr Kathryn Snow, an infectious disease epidemiologist at the University of Melbourne, said Australians should not be complacent.

"We are one or two months into what is realistically going to be a 12-18 month process ... There is still a huge risk of transmission." 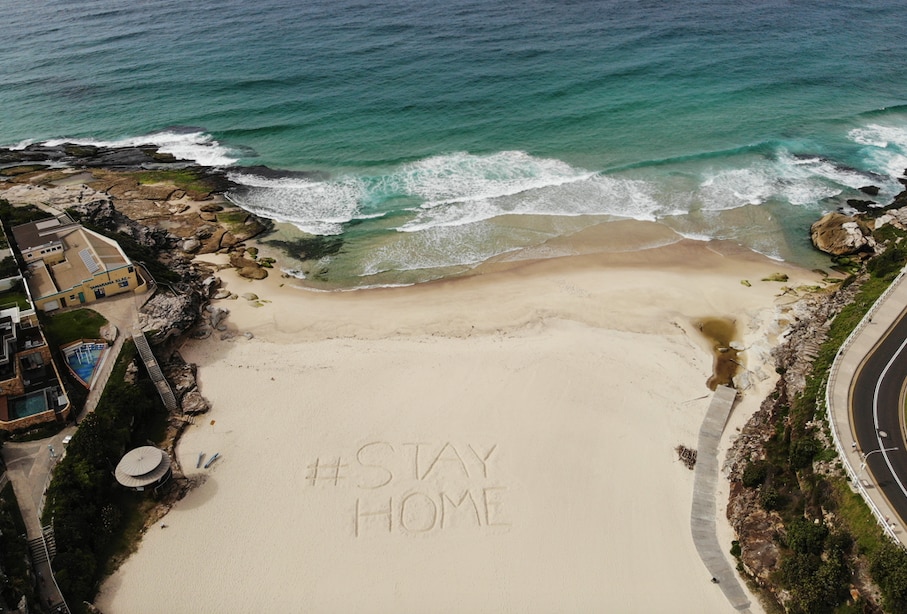 Dr Snow said Australia's case numbers have dropped as a result of the timing and strength of government restrictions, such as closing international borders and limits on the number of people gathering.

"We introduced some pretty aggressive measures a lot earlier in our epidemic than a lot of other countries. We were able to get out in front of it and drive case numbers down by going early and going hard," she said.

"But the virus is still out there and we've seen how quickly things can get out of hand in other countries ... It only took a matter of weeks for things to get completely out of hand in the UK, the US and Italy.

"Unfortunately, this is going to be a really long haul and we still need to be very, very careful. We're in a great position now, but things could change very, very quickly."

She also voiced concern that a second wave in winter would be particularly dangerous as hospitals would already be busy dealing with the flu season. Dr Chris Moy, the president of the Australian Medical Association in South Australia, warned that if Australia was to relax restrictions too quickly, the results could be devastating.

"We are not at all close to getting out of the woods ... If we open up again, we will get a second wave, there's no doubt about it," Dr Moy told SBS News.

"And the next wave could be harder, because during the first wave we knew where 'the enemy' was coming from - basically from overseas. We knew who we had to test and who we had to contact trace," he said.

"The next wave, if it comes, will come from the community, and we won't know exactly where it's coming from, which is scary if that happens."

No matter where you are going, it is important you keep a 1.5 metre distance between yourself and others to slow the spread of coronavirus (COVID-19).

A spokesperson for the Department of Health told SBS News the government was monitoring how other countries were experiencing second waves.

"We have seen other countries experience second waves of infections, and this evidence will be considered as each country decides what measures can be eased and what must be maintained," the spokesperson said.

"This is an unprecedented global health emergency that we are learning more about every day."

Dr Moy said Singapore was one country that appeared to have the outbreak under control but is now having a second wave.

"Singapore took their eyes off the ball. They got cocky," he said. The city-state reported 1,111 new coronavirus cases on Tuesday, bringing total infections to 9,125, after a record daily jump of 1,426 cases on Monday.

The sharp jump in cases was fuelled by infections in cramped migrant worker dormitories, many of which are under government-ordered quarantines.

It has prompted Prime Minister Lee Hsien Loong to extend restrictions, which include closures of businesses and schools, from 4 May to 1 June. Other countries are now also discussing the possibility of a resurgence.

The US Centers for Disease Control and Prevention warned this week that a second wave is expected to hit the country next winter and could strike much harder than the first because it would likely arrive at the start of the flu season.

"There's a possibility that the assault of the virus on our nation next winter will actually be even more difficult than the one we just went through," director Robert Redfield said. This was also echoed by British authorities. It comes as Cornell University in the US released modelling which warned of the severity of a second wave.

Looking at the US in particular, it said "extending the termination of social distancing, such as to end of June 2020, significantly reduces the likelihood of a second wave".

"Consequently, a great deal of caution must be exercised before decisions are made to relax or terminate the existing highly-successful social distancing protocols."

Archie Clements, a professor of infectious disease epidemiology at Curtin University, said while a second wave would be extremely serious, Australia can still relax some restrictions.

"It's reasonable for us to be thinking about a path out ... I think it's important that we take a risk-based approach and a phased approach, that we do it in a careful and measured way," Professor Clements told SBS News. A bus driver in Sydney.
AAP

He said state and federal governments could make low-risk rollback decisions first and then pause and see how things progress.

"It's critical there's a balance between protecting people's health and protecting society and the economy."

But he said the only real way out of the pandemic was a vaccine.

"There are going to be some restrictions around our lives for a number of years because it will take that long for a vaccine to be developed and tested and rolled out."

Bollywood star Amitabh Bachchan and his son hospitalised with COVID-19