Australia is experiencing a rapid rise in refugee claims from Malaysian nationals as the country's ongoing political corruption scandal drags on against a backdrop of ethnic and religious tensions.

The number of Malaysians seeking asylum in Australia has increased dramatically in the last year due to increasing political instability, ethnic tensions and rising Islamic fundamentalism. They now make up 43 percent of all claims for asylum.

Of 4,622 applications for protection visas lodged in 2015-16 with the Migration Review Tribunal, almost half - 2,006 - were from Malaysian nationals. This was more than double the number of applications from Malaysians in 2014-15, according to the tribunal's 2015-2016 annual report.

An ethnic Chinese Malaysian woman who sought refugee protection told the tribunal, Chinese Malaysians who dominate the country's commercial sector faced restrictions and increasing persecution at the hands of the Malay government and the ethnic Malay population.

"The welfare for Malayan is out of reach for the Chinese, the Malaysian political field only trusts Malayan, (they do) not completely trust Chinese, the government does not care about us."

"Our family business was always disturbed by local government, our shop was searched and questioned all the time, we could not be convinced, we did not pay of the so called “fines”, but at the end, our family was threatened, blackmailed, we had to close our business, it was out family business, we are living on it, we could not survive with out it. I have been fired from my work only because I am Chinese, my boss treated us very unfairly," she told the tribunal.

Malaysia is comprised of several different racial groups with Malays making up almost 70 per cent of the population, Chinese another 25 per cent.

Ethnic minorities have less rights than ethnic Malays under the country's constitution and is an ongoing source of tension. In 2015 a race riot was sparked after rumours circulated among Muslim Malay youths that a Chinese trader had conned a Malayan over a mobile phone. 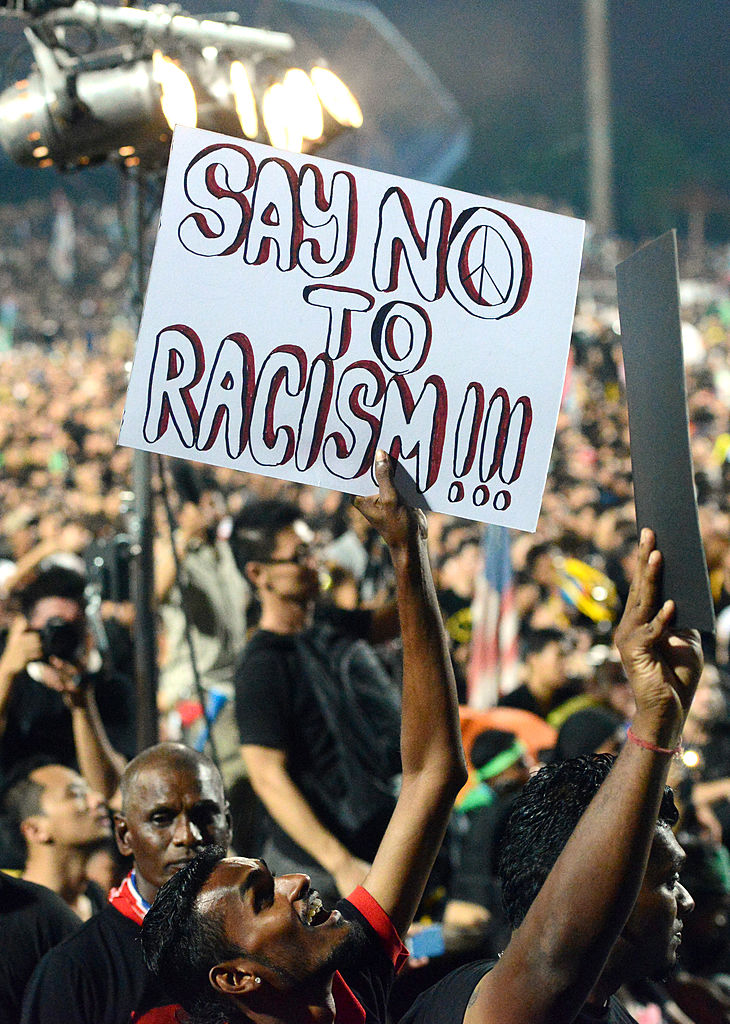 A supporter holds up a sign against racism as opposition leader Anwar Ibrahim speaks at a football stadium in a gathering in Kelana Jaya on May 8, 2013.
AFP

A Chinese man and his wife who applied for protection but were rejected told the tribunal their business had been ransacked, and they had been threatened by local Muslims who were protected by the police after they refused to sell their business. According to Foreign Affairs and Human Rights expert Dr Jean Jonathon Bogais from the University of Sydney, increasing Islamisation as well as ongoing tensions between the dominant ethnic Malay population and other minorities, in particular the sizeable Chinese minority, have contributed to the rise in asylum seekers.

“All they see is fear for the future; economic political and security concerns which is probably the biggest justification for the migration,” Dr Bogais told SBS.

“A large segment of the Muslim community in Malaysia wants to look to secularism, but this is very strongly opposed by a radical (Islamic) element of the community.”

Islamic conservatism has been growing throughout South East Asia for a number of years in countries like Malaysia and Indonesia along with reports of increasing surveillance and harassment by the country’s morality police.

"Anyone can make a phone call to accuse another person out of malice or vengeance and, without proof or investigation, the religious authorities will come to your place."

A Chinese Malaysian woman was successful in obtaining a protection visa in Australia after she told the tribunal she and her two daughters faced being taken to a forced religious conversion camp if she returned to the country.

The woman had converted to Islam to marry a Malay man but they had since divorced. She had returned to Christianity while her ex-husband had become increasingly fundamentalist.

In 2014 a young Malay woman detailed her harassment at the hands of morality police in an interview with The South China Morning Post.

"It's like you are guilty until proven innocent. Anyone can make a phone call to accuse another person out of malice or vengeance and, without proof or investigation, the religious authorities will come to your place," she said.

"They found cigarette butts on the balcony and said that showed a man was in the house. We told them all of us in the flat smoke," she said. "Then they saw two pairs of boxer shorts which belonged to me and said that must belong to a man. I told them they were mine."

The increase in asylum claims is set against a backdrop of falling permanent migration through avenues such as skilled visas. By 2015 the latest statistics for skilled migrants relocating from Malaysia to Australia show the total number was down to 3977 migrants from 5508 in 2012, a drop of almost 28 per cent.

An ongoing corruption scandal that has embroiled the Malaysian government and prime minister after it was revealed $1.36 billion dollars (AUD) had gone missing from state owned development fund 1MDB.

This has contributed to the overall climate of instability in the country said Dr Bogais.

“This economic division along sectarian and ethnic lines has existed for a long time but what we are experiencing now is we are looking at much more unstable political environment,” he said. 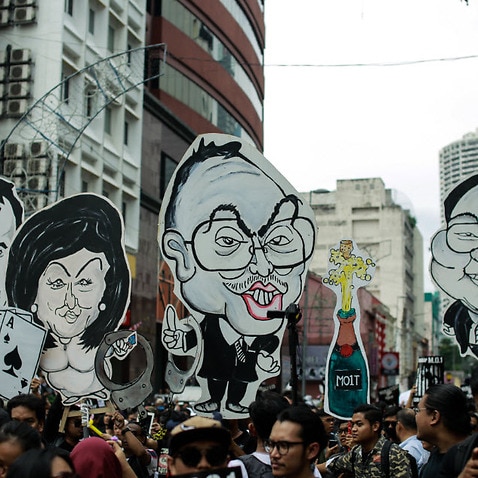 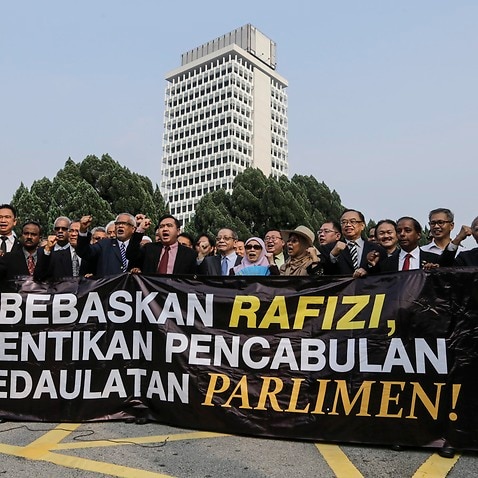 Malaysia's 1MDB board offers to resign