The result is the biggest Conservative majority since Margaret Thatcher's heyday in the 1980s.

With all but one result declared for the 650-seat parliament in Thursday's momentous election, Johnson's Conservative party had secured 364 seats -- its biggest majority since the heyday of Margaret Thatcher in the 1980s.

If it hadn’t been Boris, that would have been a lot of build up for nothing! https://t.co/VeUv4Y6cpQ

The main opposition Labour party suffered its worst performance since the 1930s, forcing its socialist leader Jeremy Corbyn to announce plans to step down, but Scottish Nationalists performed well, raising the prospect of another push for independence. 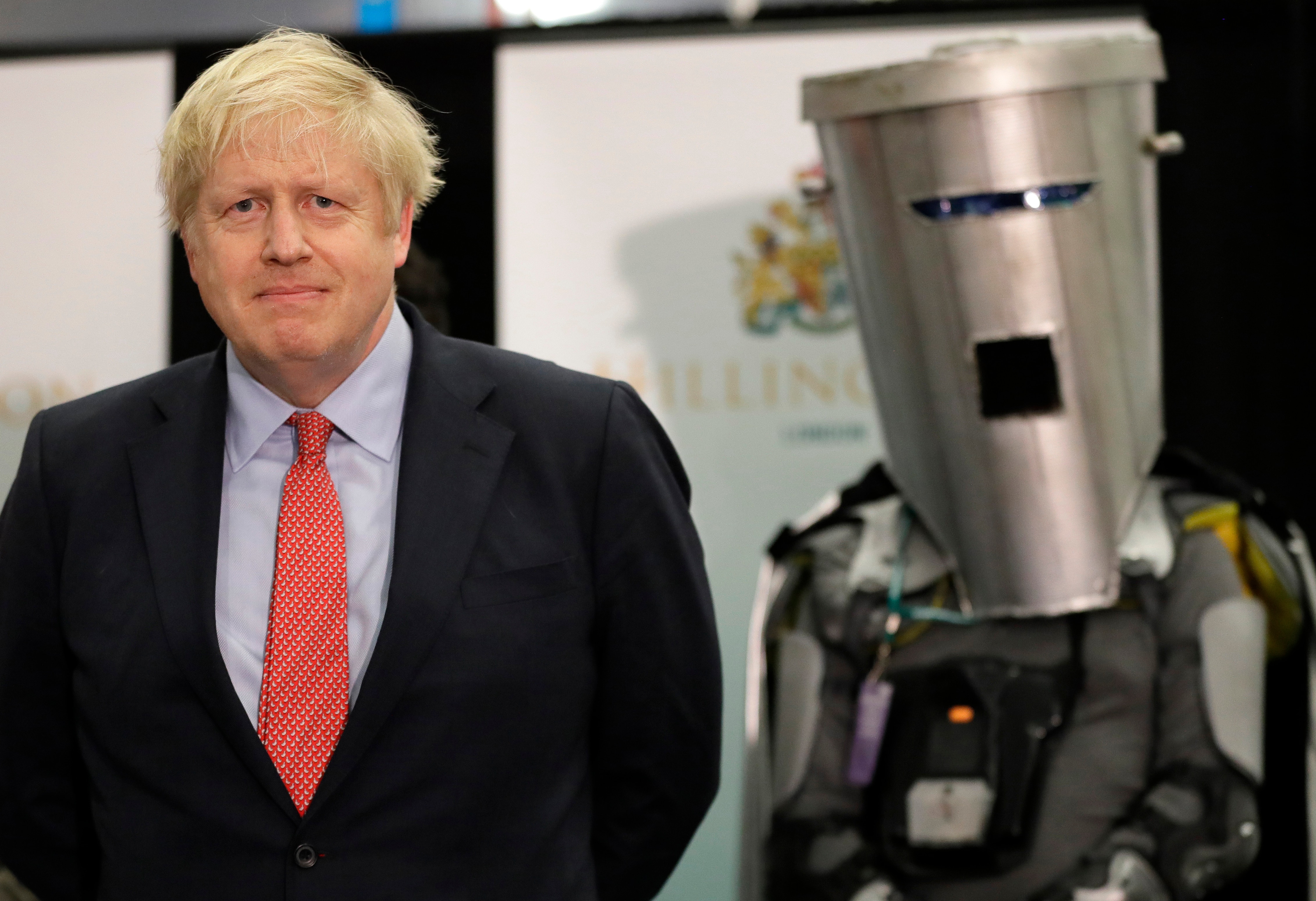 Boris Johnson has won the UK election and is on track for a large majority.
AP

The anti-Brexit Liberal Democrats announced they would replace Jo Swinson as leader after she lost her seat in western Scotland to the Scottish National Party (SNP).

Nigel Farage's Brexit Party failed to win any seats, but he claimed to have helped Johnson standing down his own candidates in Tory-held seats.

The pound shot up to its highest level since mid-2018 on hopes for a swift end to uncertainty over how, when -- or even if -- Britain was going to draw its often rocky five-decade involvement in the European project to a close. 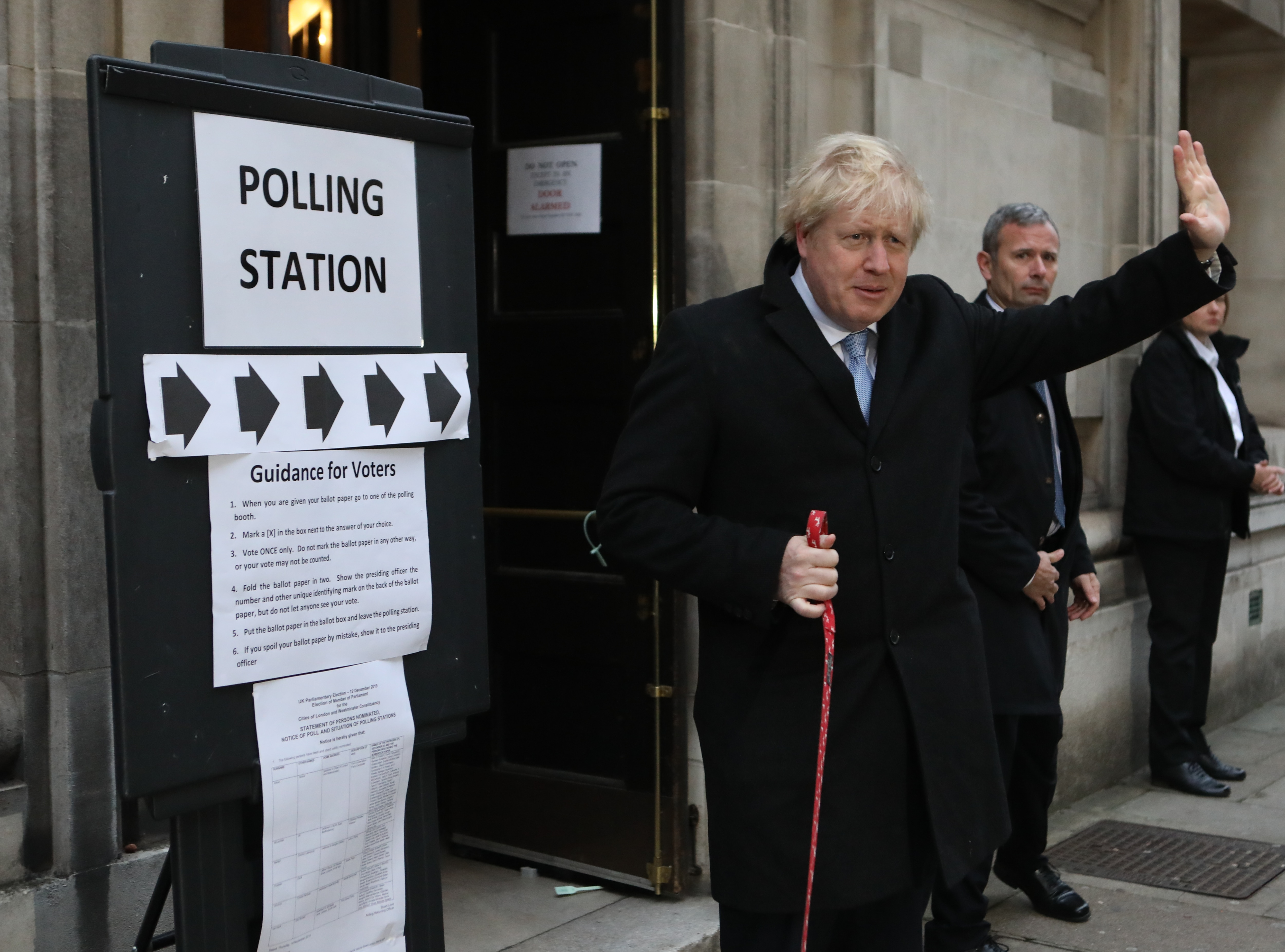 Condemning more than three years of bitterly divisive political wrangling, Mr Johnson vowed in his victory speech to "put an end to all that nonsense" and "get Brexit done on time by January 31, no ifs, no buts".

"We did it -- we pulled it off," the pro-Brexit figurehead of the original 2016 EU membership referendum told cheering supporters. "We broke the gridlock, we ended the gridlock, we smashed the roadblock."

Congratulations @BorisJohnson on a resounding victory and being returned as UK PM. Looking forward to the stability this brings and a new deal for Oz with the UK. Say g’day to the quiet Britons for us. pic.twitter.com/1SDQPIhNFZ Johnson arrived in Buckingham Palace on Friday to receive formal instructions from Queen Elizabeth II to form a new government.

Even some pro-European voters expressed relief at the outcome, which the pro-Labour Daily Mirror newspaper called a "nightmare".

"At least it's clear," said lawyer Gordon Hockey. "It's not necessarily what I wanted but at least we know where we stand and Brexit will happen in some form or other." Parliament's ratification next month of the EU-UK divorce deal will complete the first stage of the Brexit process, but both sides still need to thrash out a new trade and security agreement.

The result of Thursday's snap election -- the third in almost five years -- signals a personal victory for Johnson, a bombastic former London mayor and foreign minister who staked his political career on the vote.

Labour was heading to its worst result since 1935, losing 59 seats to 203, after what Corbyn admitted had been a "very disappointing night". Labour leader Jeremy Corbyn speaks after the results was given.
AAP

He said he would be stepping down after a period of "reflection", and would not be leading the party into the next election, which is due by 2024.

Mr Corbyn had promised a second referendum on Brexit in a bid to appeal to half of British voters who voted in the 2016 referendum to stay in the EU.

But he had focused Labour's campaign on a radical programme of economic change, including re-nationalising some key industries, which failed to woo traditional voters. Speaking in the early hours of Friday, Mr Corbyn defended his "manifesto of hope" and maintained his policies were "extremely popular" during the campaign.

But he said: "Brexit has so polarised and divided debate in this country, it has overridden so much of a normal political debate."

Mr Corbyn is personally unpopular and dogged by accusations of sympathising with proscribed terror groups and failing to tackle anti-Semitism within the Labour party.

This is Labour's fourth successive electoral defeat -- and the second under Mr Corbyn.

The anti-Brexit Liberal Democrats also did poorly and announced they would replace Jo Swinson as leader after she lost her seat in western Scotland to the Scottish National Party (SNP).

The Lib Dems were predicted to win 11 seats, down one on the last election in 2017. Analysts said Ms Swinson's campaign to reverse Brexit without even a new referendum was unpopular, while efforts to create a "Remain" alliance to stop Brexit failed.

By contrast the Scottish National Party (SNP), which wants to stop Brexit and deliver an independent Scotland, gained 13 seats to reach 48.

Mr Johnson has then just 11 months to agree a new partnership with the EU before a post-Brexit transition period ends in December 2020.

Thank you to everyone across our great country who voted, who volunteered, who stood as candidates. We live in the greatest democracy in the world. pic.twitter.com/1MuEMXqWHq

But with a comfortable majority in parliament, analysts note he could choose to extend that time and negotiate a closer trade deal than previously envisaged.

"Ironically, this is a freer hand for Johnson to negotiate a softer version of Brexit," said Simon Hix of the London School of Economics. Ballot boxes are opened at the Leisure Centre, in Omagh, Northern Ireland.
AAP