'We must do better': Government plans overhaul of English language courses for refugees

The federal government will overhaul its English language program for refugees after revealing most are attending less than half the amount of free classes offered. 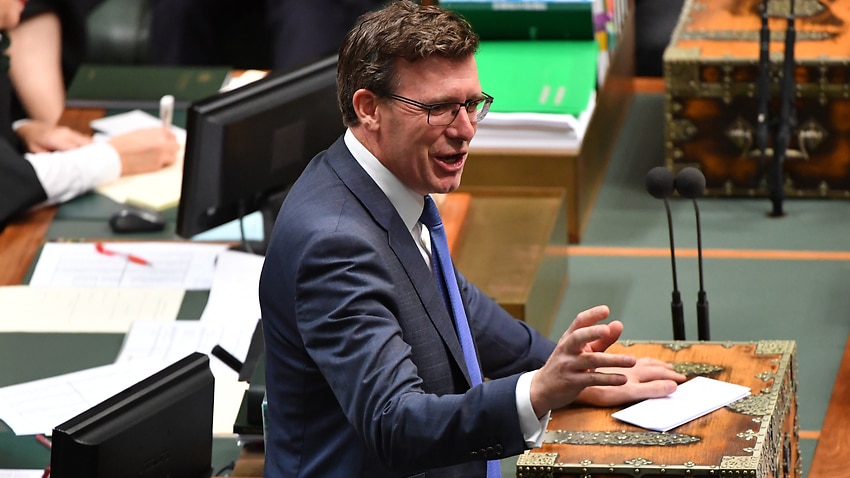 English language courses for refugees are set for an overhaul as part of a federal government push to improve the resettlement of humanitarian migrants.

The new approach follows a landmark review into the humanitarian program, which called for sweeping reforms to English language and employment services for refugees.

Mr Tudge conceded refugees still face “immense challenges” settling in Australia, in a speech to the Menzies ­Research Centre in Melbourne on Friday.

“We need to improve the English language provision that we provide to our refugee intake,” he said.

“What we are going to do is offer much greater flexibility."

Only 21 per cent of refugees exit English programs through the humanitarian stream with a functional level of the language.

Mr Tudge said new methods of delivering this tuition would be trialed from 1 July.

The trials include conducting language classes in childcare centres, workplaces and online or in “mums and bubs” classes where parents can learn alongside other refugees.

On average, refugee participants of English language programs are exiting after 300 hours of classes, well below the minimum 510 hours freely available.

The federal government is also exploring setting up English language classes in refugee camps before people come to Australia.

The Aslyum Seeker Resource Centre’s Abiola Ajetomobi said “quick action” was needed to bring systemic changes to how refugees are supported and integrated into the community.

“It is good that there is an overhaul of how these services are being run and how it is coordinated to ensure that it enhances people’s opportunities,” she said.

“Having the level of functional literacy and numeracy required for people to successfully identify and acquire a job is always important."

Each year 18,750 places are set aside for humanitarian entrants but Mr Tudge said in critical areas, outcomes are “getting worse, not better” for refugees, including an “unacceptably low employment rate”.

Read More
Canada now leads the world in refugee resettlement - but how is Australia ranking?

The unemployment rate of refugees remains at 77 per cent after one year of coming to Australia, according to the 2016 census.

This figure improves to 38 per cent unemployed after three years in the country and plateaus at 22 per cent after 10 years.

“We must do better, particularly in relation to employment,” Mr Tudge said.

“Unemployment at this rate is not good enough. Long-term welfare dependence is debilitating for anyone, be they a refugee, long-term citizen or anyone else."

The federal government is vowing to go further than the recommendations outlined in the Shergold resettlement review released in November last year.

"The problems have been known and well documented for more than a decade,” he said.

“The particular needs of refugee job seekers weren’t being met by one size fits all services that the government was wheeling out.”

The federal government is promising alternative methods of connecting refugees with employment after recognising its services were not delivering.

It is also offering incentives for refugees to settle in regional centres, with a target of 50 per cent of resettlement in regional areas by mid-2022.

But the Asylum Seeker Resource Centre said expectations on fast-tracking integration should be tempered.

"I feel having a long-term approach will help people to progress, from when they arrive to when they are surviving to thriving," Ms Ajetomobi said.

“This is an important recognition that employment and English language are part of the settlement process,” she said.

“[But] we need to be mindful that we select people from humanitarian program based on vulnerability and need and not in terms of job readiness.”

Mr Tudge said he recognised refuge must be given to those most in need.

“Humanitarian entrants have much to offer our nation, but also have significant challenges to overcome.”