The government will soon try to pass an edited version of its changes to the Australian citizenship test, which were voted down in the Senate last year by Labor and the crossbench.

Speaking to SBS News Mr Tudge said that the government is looking to "raise the aspiratioins of new migrants as they come into the country and before they become a citizen. For example, they might learn English slightly better, demonstrate that they’ve integrated into the community and adopted Australian values. So nothing particularly onerous, but just an illustration that they’re making an effort to integrate into the community, because ultimately that’s good for the migrants and good for social cohesion."

Mr Tudge, who recently took over the citizenship portfolio, delivered a speech to the Menzies Research Centre warning Australia needed to work harder to ensure migrants integrate with broader society.

"More people from more countries have come here to start a new life than almost any other nation and we have generally been able to maintain strong social cohesion in the process,” Mr Tudge said.

"But I want to sound a note of caution: Australian multiculturalism is not God-given and cannot be taken for granted. "Indeed, there is emerging evidence that we are not integrating as well as what we have done in the past.”

Mr Tudge said the government wanted migrants to “integrate” but not to “assimilate” and lose their home culture.

He also warned against allowing a ‘separatist’ version of multiculturalism, where people come with “little desire to share or mix with their local community”.

“They live side by side, rather than merged with, the existing population. While not the stated policy intent of Europe, the impact of its policies has been precisely this in some places,” Mr Tudge said in his speech. 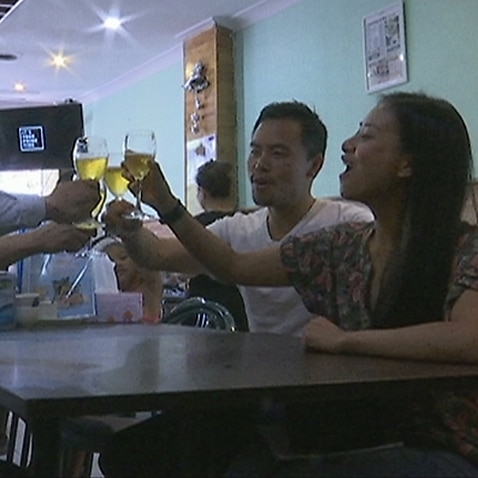 How multiculturalism is changing the way we speak

The most controversial of the changes would have created a standalone English language exam, set at a higher level than the existing test requirements.

The bill would also create a test on “Australian values” in an attempt to weed out migrants with abhorrent views on domestic violence, religious extremism and the treatment of women.

Labor, the Greens and the Nick Xenophon senators killed off the bill last year, mostly citing opposition to the tougher English test.

Mr Dutton has already offered to reduce the difficulty of the English test – from Band 6 to Band 5 under the international standard – to secure the support of the Senate.