Independent Kerryn Phelps says the first order of business will be getting refugee kids off Nauru.

Only hours after seemingly sweeping to victory in the traditionally Liberal-held seat of Wentworth, independent Dr Kerryn Phelps has vowed to make getting refugee children off Nauru one of her first priorities.

Dr Phelps said she is carefully considering the federal government's plan to legislate so refugees on Nauru can be resettled in New Zealand, but on the condition that they cannot then come to Australia.

"It's definitely on the table," she told ABC's Insider program.

Prime Minister Scott Morrison raised the idea last week in the final days of campaigning in the Wentworth by-election, which looks to have gone to Dr Phelps based on a 19 per cent swing against the Liberals. 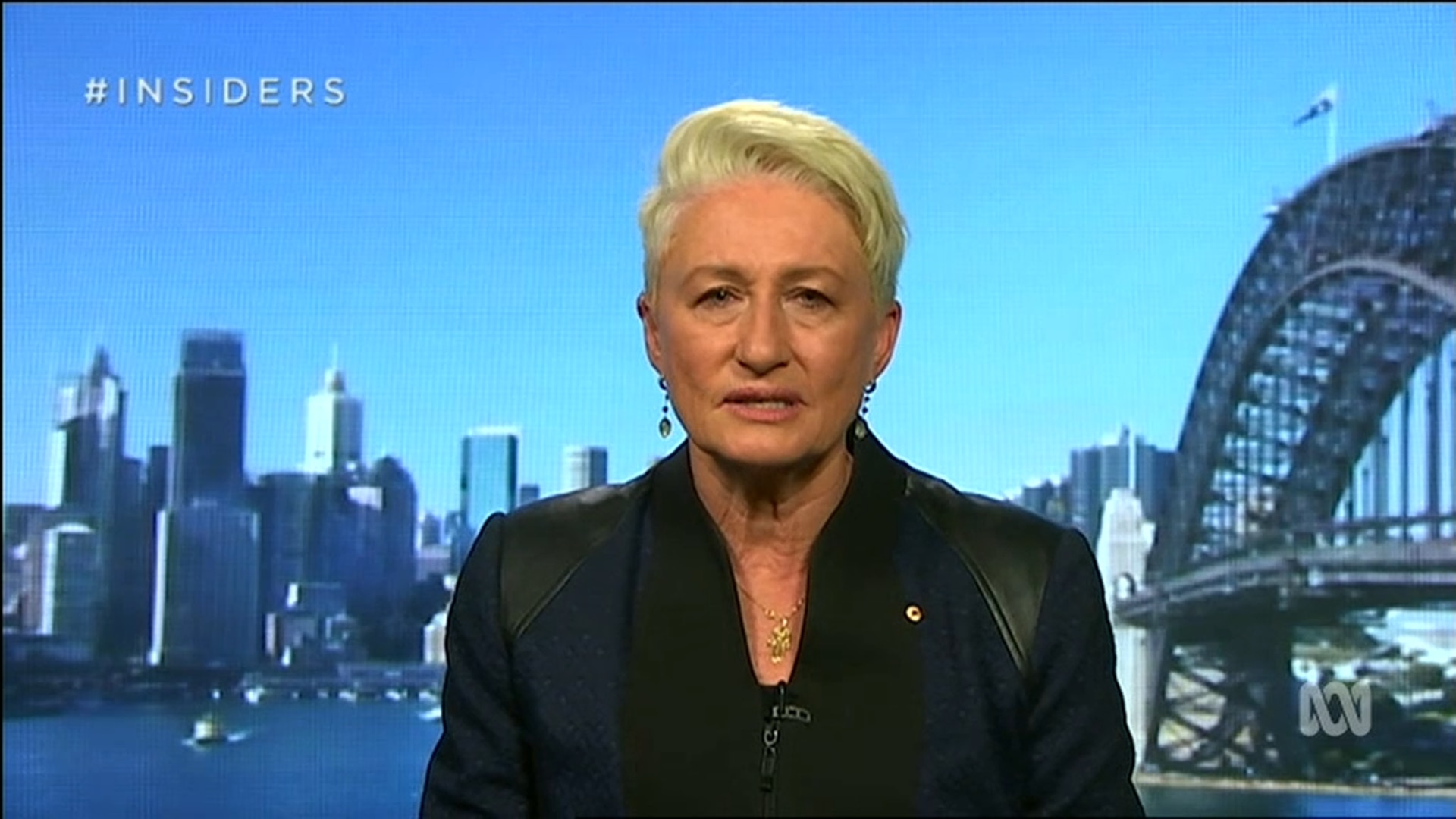 'This is a great moment for Australian democracy,' Dr Kerryn Phelps said in her victory speech.
ABC

New Zealand has continued to repeat its offer to give resettlement places to 150 refugees on Nauru or Manus Island.

Refugee advocates say it is a good interim step, with the first priority needing to be on ending the detention of 85 refugee children on Nauru. 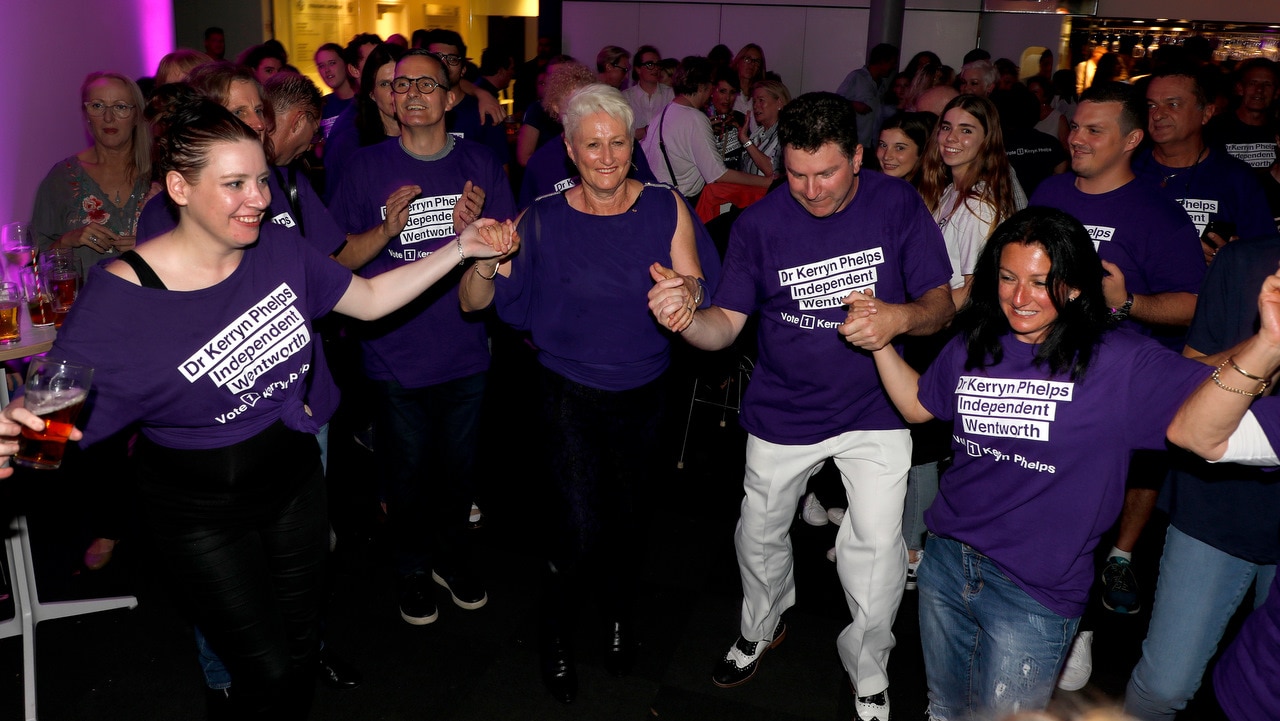 Dr Phelps said she supports to the position of Australian Medical Association, an organisation which she was a former president of, which has called for urgent intervention to ensure the health and wellbeing of refugees on Nauru.

She described the option to resettle the refugees in New Zealand as "a very attractive decision".

"The re-settlement options should be explored and New Zealand is extremely good option and definitely something I would like to look at the foreign policy and other implications of that decision." 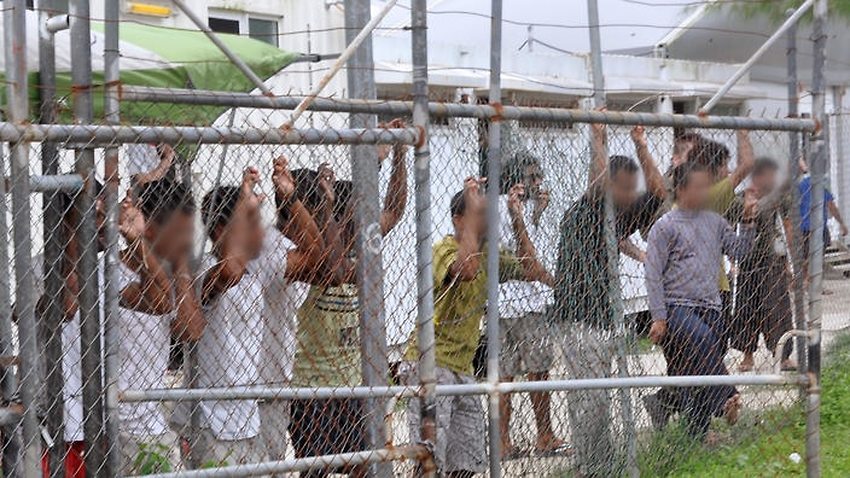 However, counting in Wentworth continues and despite the ABC's Anthony Green calling it for the independent within 90 minutes of polls closing in Sydney on Saturday night, Liberal Dave Sharma is now pulling back Phelps’s lead.

The gap between Dr Phelps and Mr Sharma narrowed to slightly more than 800 votes on Sunday morning as the postal votes - favouring the Liberals - rolled in. 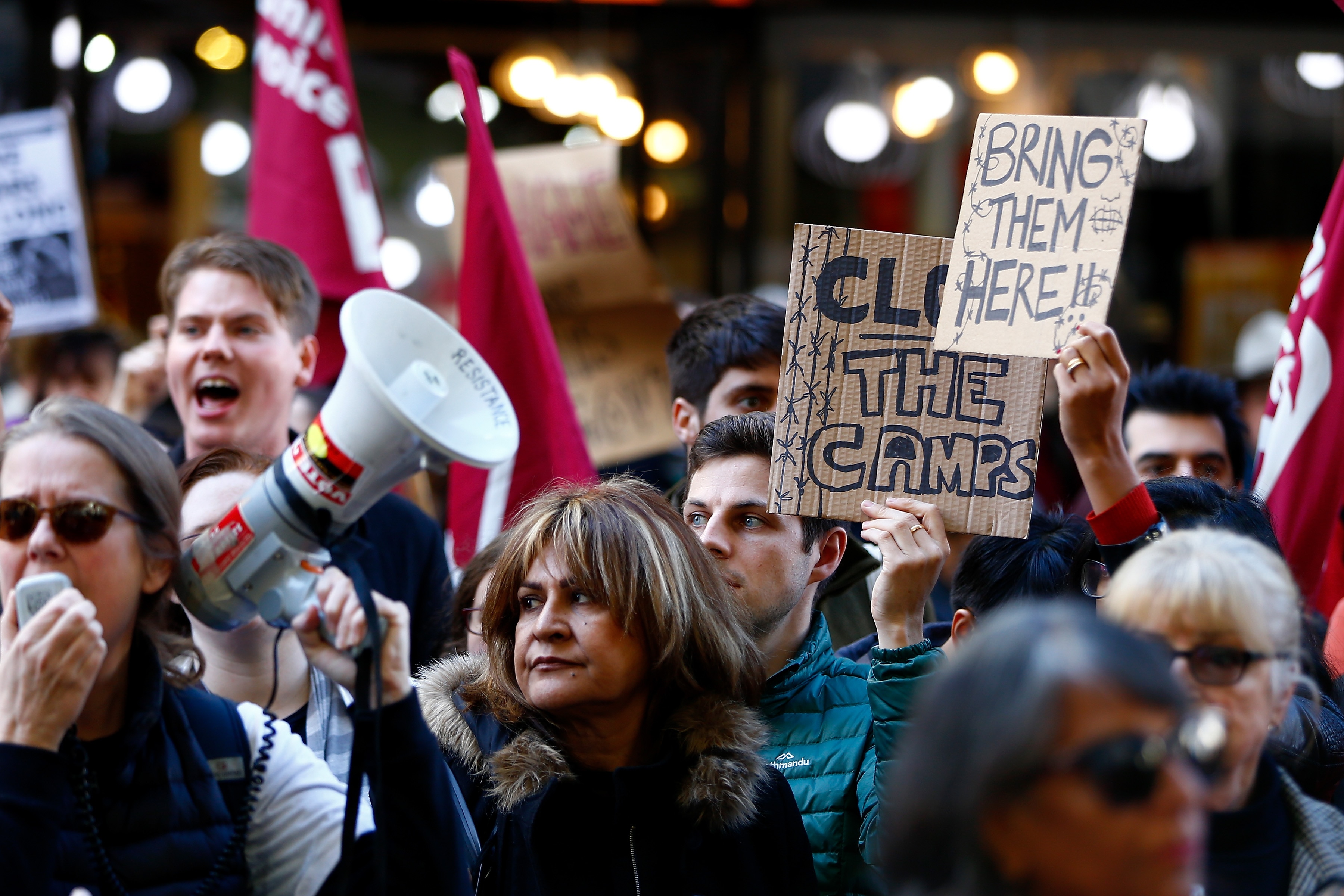 Rally-goers protest during the Evacuate Manus and Nauru Protest in Sydney.
AAP

She earlier dubbed the by-election a "David and Goliath" struggle between herself and the Liberals. 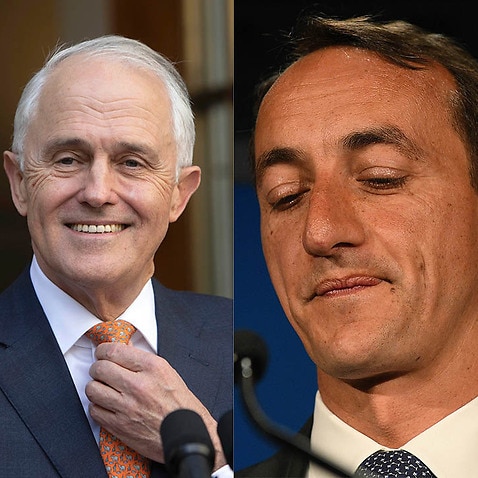 She said a series of missteps by the Morrison government led to its demise in the seat including the perception of the Liberals' self-interest, the controversy around the leaked religious freedoms review recommendation on gay students and support for Pauline Hanson 'it's okay to be white' motion.

If elected, Dr Phelps will join five other crossbenchers in the House of Representatives. Labor holds 69 seats and the coalition is now ruling as a minority government with 75 seats.

Speaking to the party faithful last night, Prime Minister Scott Morrison moved quickly to reassure members of the public that he plans to execute a confident minority government working with crossbenchers.

"We will work constructively with all of those who sit on the cross bench as we always have," he said. Mr Morrison conceded that the turn of events had been "tough" and he promised to "listen, learn and accept the blows".

Australia was last ruled by a minority government under Labor prime minister Julia Gillard, after the 2010 election.