Security experts reckon the world really is a more dangerous place in 2018.

The 2018 US National Defence Strategy did not sugarcoat its findings. “We are facing increased global disorder, characterized by decline in the long-standing rules-based international order—creating a security environment more complex and volatile than any we have experienced in recent memory,” it read.

The unclassified version of the US document, released last month, presented a remarkably blunt and pessimistic outlook for 2018 that is shared by most international security experts.

But what about Australia?

1. The threat of competing countries

From years focussed on the dangers of Islamist terrorism, the western world is waking up to a bigger challenge of major power competition with Russia and China, while new technologies are generating new invasive threats. 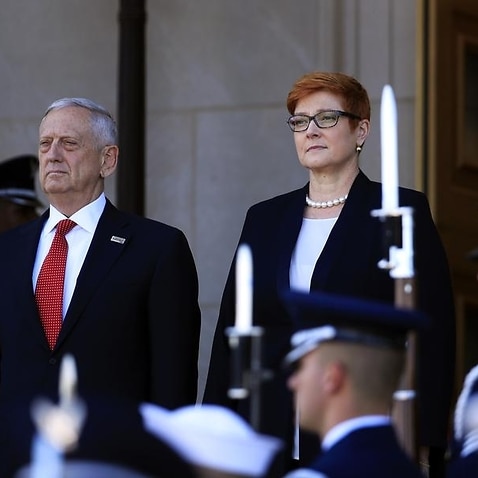 “You’ve got the rise of an assertive China that is challenging US strategic primacy in Asia [and] the US is not going to give up its status easily” Dr Malcolm Davis from Canberra think tank the Australian Strategic Policy Institute told SBS News.

“So you’re seeing the stage set for major power competition between a rising China and established US that could intensify in coming years in Australia's neighbourhood.”

2. The threat of nuclear weapons

Dr Davis said Australia could be dragged by the alliance with the US into a fight we do not want if conflict flared between the US and China in the South China Sea or over Taiwan. Australia could also be drawn into a hot war if the perennially tense Korean peninsula reaches a flashpoint this year.

“The big challenge will come sometime this year if North Korea were to do an atmospheric nuclear test over the north Pacific, that would then force the US to respond much more robustly. Australia should be prepared within next 12 months for a major military confrontation on the Korean peninsula that could involve Australian forces.” 3. The threat of returned fighters

A third key risk area he cites for Australia is the potential for returned fighters from the conflict in Syria and Iraq fomenting conflict in Southeast Asia as happened in the Philippines last year, where Australia gave limited military support.

“The potential for the remnants of Islamic state-inspired terrorism to emerge in Southeast Asia, in the Philippines or perhaps Indonesia, is very real,” Dr Davis said. 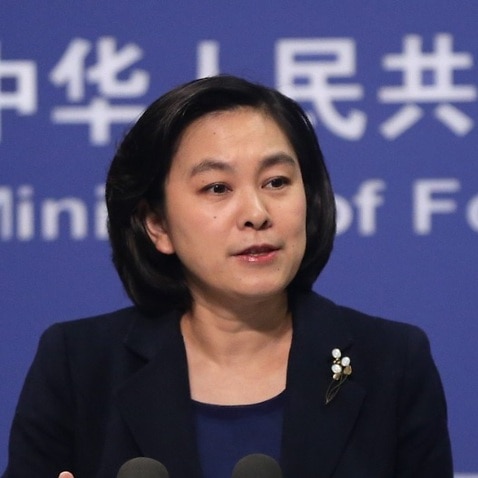 The unpredictability of the Trump administration itself offers huge challenges for Australia, he said.

“We have a lack of US leadership, Europe in disarray coming out of Brexit, and at the same time two major peer competitors, China and Russia, that are determinedly challenging the rules-based international order and challenging US global interests. So we’re going into this very tense major power competition period with weak leadership on the part of western liberal democracies and strong leadership in the part of the authoritarian states. The parallels there with the 1930s [leading up to World War II] are quite significant.”

4. The threat of cybercrime

Danielle Cave, a senior analyst at the International Cyber Policy Centre in Canberra, said covert cyber-enabled influence campaigns are a major new threat to Australia and other liberal western democracies, particularly during elections.

“We saw the 2016 US election, Russia ran a really sophisticated cyber interference operation,” she said. “There has been similar issues coming up in Brexit and a variety of European nations. That’s going to be a really big issue going forward,” citing China’s covert political influence operations which have received attention recently in Taiwan and Australia as well as the US.

Cybersecurity is a whole new dimension to national security. Ms Cave said cybercrime is increasing and continually becoming more sophisticated, even as Australia has worked hard on its cyber defences under the Turnbull government’s leadership. A survey released this week by global consulting firm Accenture and the US-based Ponemon Institute found that cybercrime targeting Australia grew by more than a quarter in 2017, the second-highest rate of growth among the seven countries surveyed. It is most often done for financial gain but can also be politically motivated.

“Cybercrime is a threat to Australia because we have a population with high internet and social media penetration, we’re a very wealthy country, and we don't have a very long history of focusing in on cybersecurity defenses,” Ms Cave said.

She also cited a worrying regional trend toward “cyber-sovereignty” - China-style strict regulation and censorship of the internet.

“At different times, governments in India, Bangladesh, Vietnam and of course China can decide to take offline very popular mobile chat apps for hours, days. In India and Bangladesh, we've seen the government take whole cities and provinces offline for days or weeks. That provides a really unstable business environment for Australian and other businesses operating in the region, and this will get a lot worse.”

Is there any good news?

Professor James Der Derian, who heads the Centre for International Security Studies at the University of Sydney, sounds a cautious note about the role of media in catastrophising this new age of uncertainty.

“There is a great danger that small, local incidents get turned almost instantaneously because of the networked nature of media into a crisis,” he said. “It doesn't take much to rock the system these days. The media has become an actor in its own right.”

But contrary to many security scholars, he is more circumspect with the gloom and doom which he says often comes from “groupthink”. 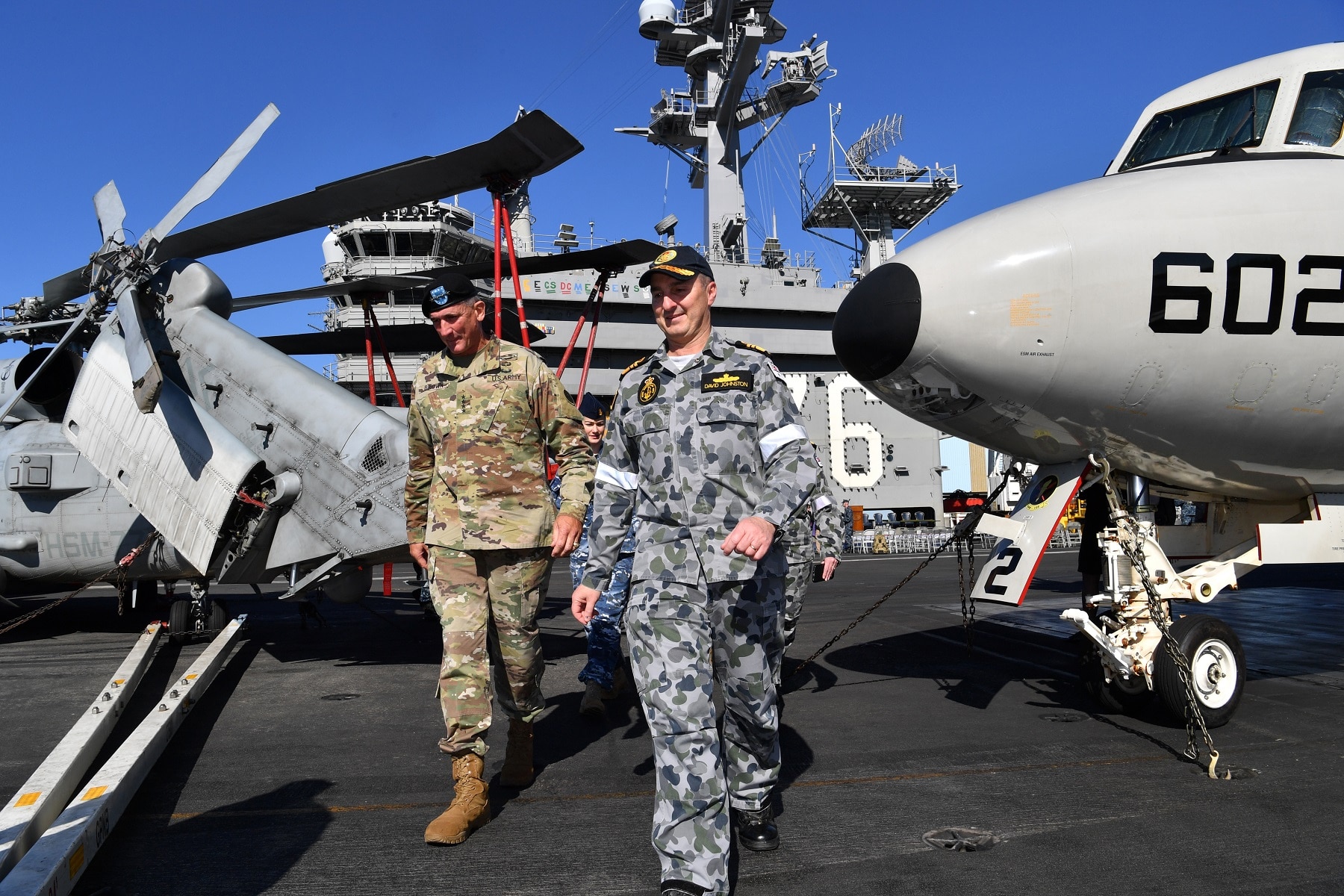 Exercise Talisman Saber 2017 involved more than 30,000 Australian and United States military personnel in the planning and conduct of war games in Queensland.
AAP

“We have such a level of interconnectivity, ie, mutual vulnerability which makes war increasingly unlikely except by accident,” he told SBS News.

“There’s not just one nation-state emerging, you really have to take seriously there are many powerful new actors and they have to be brought into this discussion as well about how to maintain order.

“We don’t have to see uncertainty as a great enemy. It’s a great incentive for change.”