WikiLeaks founder Julian Assange is once again target number one for the US.

Soon after he took over as CIA director, Mike Pompeo privately told lawmakers about a new target for US spies: Julian Assange, the founder of WikiLeaks.

Intent on finding out more about Assange’s dealings with Russian intelligence, the CIA last year began to conduct traditional espionage against the organization, according to US officials. At the same time, federal law enforcement officials were reconsidering Assange’s designation as a journalist and debating whether to charge him with a crime.

Pompeo and former Attorney General Jeff Sessions unleashed an aggressive campaign against Assange, reversing an Obama-era view of WikiLeaks as a journalistic entity.

For more than a year, the nation’s spies and investigators sought to learn about Assange and his ties to Russia as senior administration officials came to believe he was in league with Moscow.

Their work culminated in prosecutors’ secretly filing charges this summer against Assange, which were inadvertently revealed in an unrelated court document and confirmed Friday by a person familiar with the inquiry. 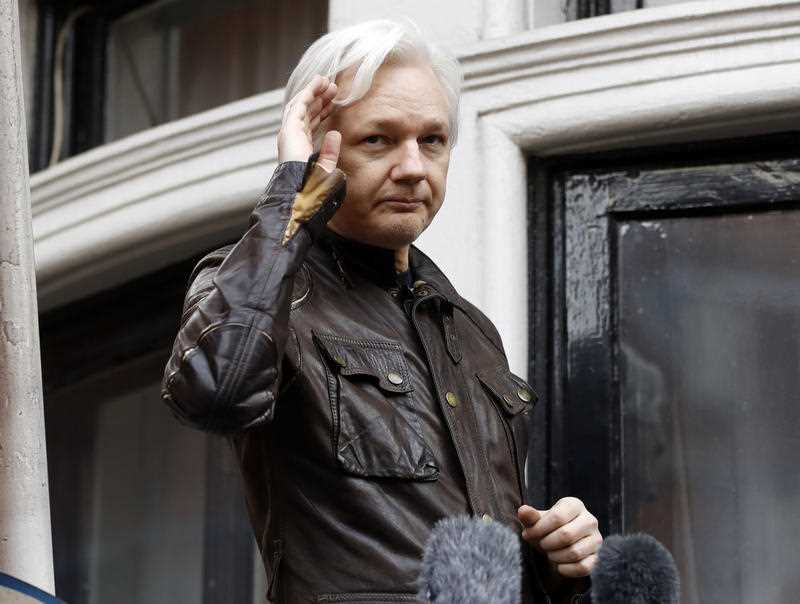 For more than a year, the nation’s spies and investigators sought to learn about Assange and his ties to Russia.
EPA

Taken together, the CIA spying and the Justice Department’s targeting of Assange represented a remarkable shift by both the US government and President Donald Trump, who repeatedly lauded WikiLeaks during the 2016 campaign for its releases of Democratic emails, stolen by Russian agents, that damaged his opponent, Hillary Clinton. 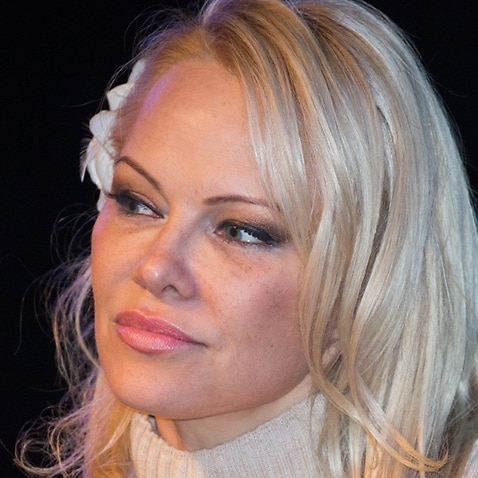 A prosecution of Assange could pit the interests of the administration against Trump’s. Assange could help answer the central question of the investigation by special counsel Robert Mueller: whether any Trump associates conspired with Russia to interfere in the presidential race.

If the case against Assange includes charges that he acted as an agent of a foreign power, anyone who knowingly cooperated with him could be investigated as a co-conspirator, former senior law-enforcement officials said.

Justice Department officials on Friday did not disclose the charges against Assange, prompting speculation around Washington about their nature. The case might be tied to the hacked Democratic emails, which are part of Mueller’s evidence of the wide-ranging election interference personally ordered by President Vladimir Putin of Russia. The charges could also be related to WikiLeaks’s publication last year of CIA tools to penetrate computers and mobile devices, the Vault 7 disclosures. National security officials have long viewed Assange with hostility and considered him a threat. “He was a loathed figure inside the government,” said Andrea Kendall-Taylor, who served as a deputy national intelligence officer for Russia under the director of national intelligence until May.

This account is drawn from current and former officials familiar with the government’s effort to step up scrutiny of Assange.

He first raised the ire of the US government in 2010 when Chelsea Manning, then known as Army Spc. Bradley Manning, began feeding classified documents from military computers in Iraq to WikiLeaks.

Sarah Harrison, a WikiLeaks editor and one of Assange’s close advisers, accompanied Snowden to Moscow. Law enforcement officials wanted to know what role the group played in brokering Snowden’s asylum in Russia.

A year later, FBI and CIA officials began arguing internally that Assange was an information broker, not a journalist, former officials said. At one point, they pushed for a meeting with President Barack Obama to make the case that he was not a journalist, according to people briefed on the talks. The meeting never occurred. 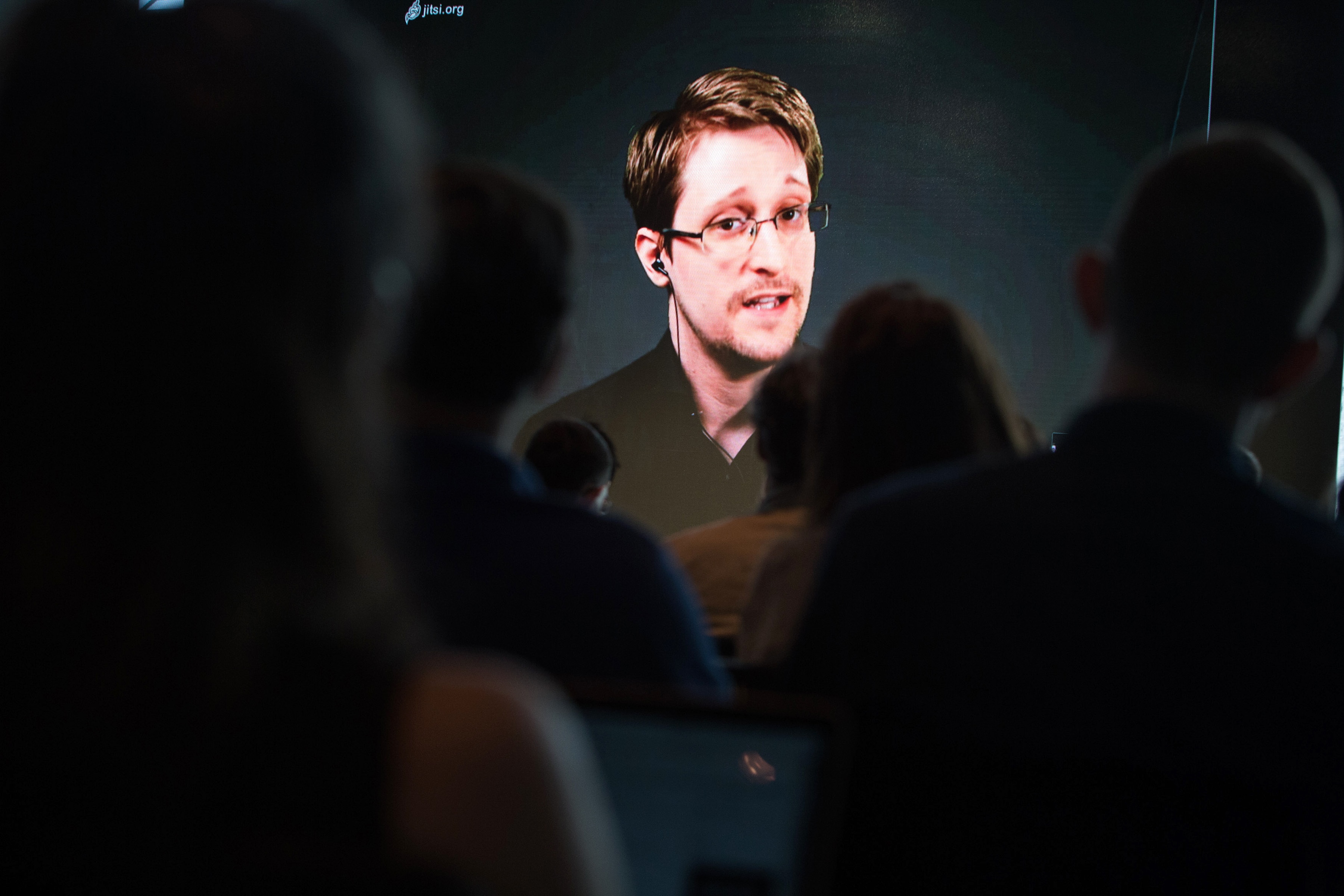 Inside the Justice Department under Obama, some officials expressed reluctance to pursue Assange because he could be construed as part of the news media. Obama administration officials were hesitant to wage a high-profile fight with Assange after being criticized heavily by the news media for obtaining records of journalists through court subpoenas in pursuit of leakers. The step is considered an intrusion on press freedoms.

Assange seemed to have crossed into uncharted ground by 2016 with the publication of emails stolen from the Democratic National Committee’s servers and Clinton’s campaign chairman, former FBI officials said. He was deliberately attacking Clinton over Trump and coordinating with Russian intelligence operatives, wittingly or not, to maximize the damage to her campaign.

Pompeo, then a Republican congressman from Kansas, initially praised the WikiLeaks disclosures. But once he took over the CIA, his rhetoric hardened.

His first speech as director came a month after WikiLeaks published the archive of hacking tools stolen from the CIA, seriously eroding the agency’s ability to conduct electronic espionage. 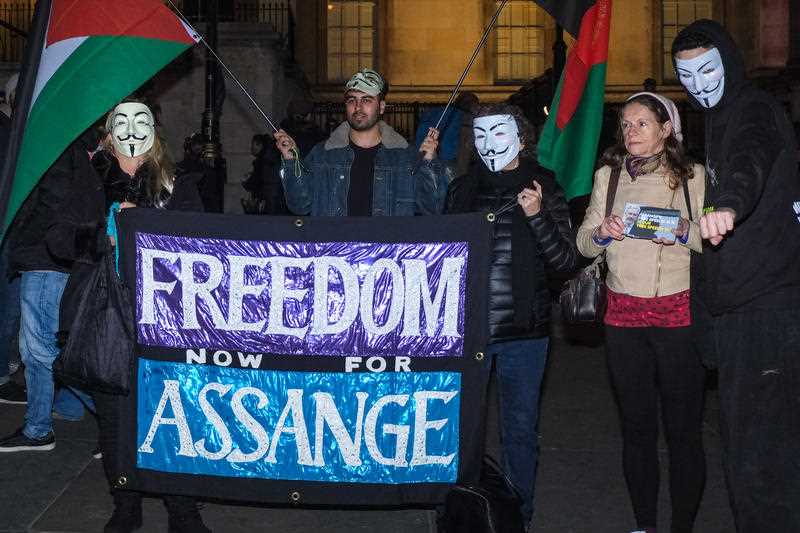 To support his assessment, Pompeo cited how the group had encouraged followers to join the CIA and steal secrets, and how “it overwhelmingly focuses on the United States while seeking support from anti-democratic countries.”

After his speech, Pompeo headed to Congress to privately brief members conducting intelligence oversight on the CIA efforts against WikiLeaks. Pompeo said the agency was conducting counterintelligence collection, which can include developing informants and penetrating computers overseas, officials said.

Pompeo also seemed to hold open the possibility that the intelligence community could begin other, more aggressive efforts to try to disrupt WikiLeaks. Some lawmakers expressed discomfort, according to a US official.

The speech by Pompeo, who has since become secretary of state, and other efforts were intended in part to pressure the Justice Department to intensify its reassessment of Assange, an intelligence official said.

Law enforcement officials had been trying to learn more about Assange’s knowledge of WikiLeaks’ interactions with Russian intelligence officers and its other actions, and for a time seemed willing to offer him some form of immunity from prosecutions in exchange for his testimony, reaching out to his lawyers. But Assange’s release of the Vault 7 tools ended those negotiations.

Senior Justice Department officials pushed in 2017 to declare internally that WikiLeaks was not covered by special rules governing how investigators interact with journalists.

The regulations require higher-level approval to obtain journalists’ records, like phone logs and emails, as part of investigations into leaks of classified information. By releasing hacking tools and playing a role in disrupting the election, Assange, the senior officials argued, was acting more like an agent of a foreign power than a journalist.

Assange may have begun working with Russian intelligence without knowing with whom he dealt, said Kendall-Taylor, now a senior fellow with the Center for a New American Security. The intermediaries and cutouts sent by Russian intelligence to deal with Assange were supposed to give him plausible deniability. 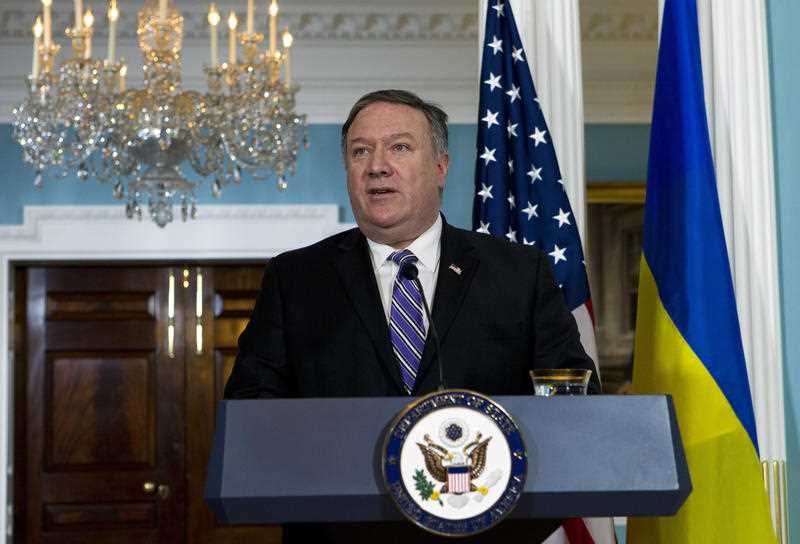 “But as he spent more time, the relationship with the Russians grew closer,” she said. “I would expect that he knows what he is doing by the end of this.”

Federal prosecutors began working on a sealed criminal complaint this summer, a former law enforcement official said. It was not clear whether the Justice Department declared that Assange was not a journalist or whether prosecutors gathered sufficient evidence to charge him without resolving that issue.

In July, the special counsel charged 12 Russian military intelligence operatives with interfering in the 2016 election. That indictment contained thinly veiled references to WikiLeaks, identifying it as “Organization 1.” Notably, the indictment did not identify the organization as a member of the news media, and it asserted that the Russian operatives transferred their stolen documents to WikiLeaks.

WikiLeaks encouraged “Guccifer 2.0,” the online persona of the Russian operatives, to provide it with the Democratic documents because it would “have a much higher impact,” according to court papers.

Whether anyone connected with the Trump campaign worked with Assange or others to carry out Russia’s scheme to interfere in the 2016 presidential race is at the heart of Mueller’s inquiry.

So far, no evidence has publicly emerged that anyone in the Trump campaign conspired with Moscow’s disruption, and Trump has repeatedly denied any “collusion” with Russia. But the special counsel’s office continues to summon witnesses before a federal grand jury, asking about interactions between allies of Trump and Assange through intermediaries or other means.

What has become abundantly clear since the election is that various associates of Trump’s tried their best to figure out what information Assange possessed, how it might harm the Clinton campaign and when he planned to release it. 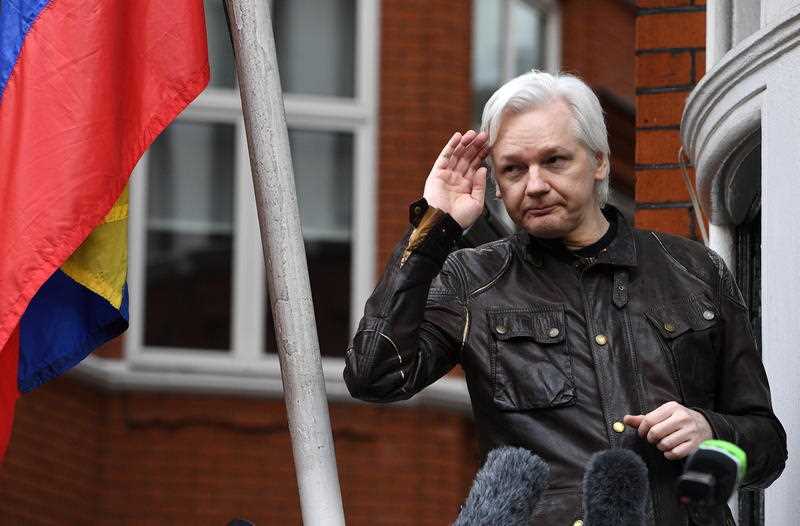 The Wikileaks founder outside the Ecuadorian Embassy in London, Britain.
EPA

About a month before the election, for instance, Donald Trump Jr., a key adviser to his father, sent WikiLeaks a private message on Twitter asking about speculation that Assange planned to soon release documents that would prove devastating to Clinton. “What’s behind this Wed leak I keep reading about?” he asked. He has said he got no response and never corresponded with WikiLeaks again. 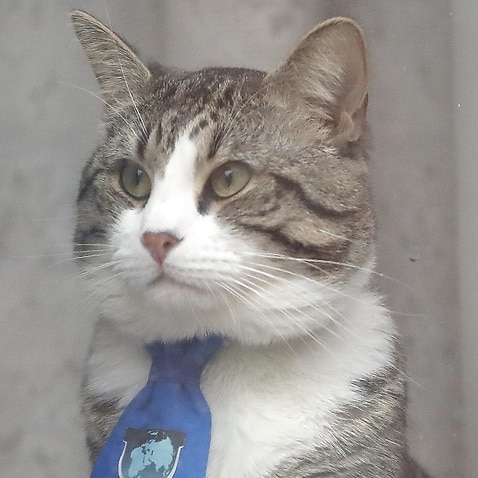 Charges against Assange would be a big step, said Joshua Geltzer, a former official in the Justice Department’s national security division. But, he added, the precise nature of the charges may not be known until Assange is in the custody of US officials. Assange has lived in the Ecuadorian Embassy in London since 2012, forced there as he sought refuge from Swedish prosecutors who pursued him on charges of sexual abuse.

“The government has certainly been concerned about and looking at Assange for a long time,” Geltzer said. “Ultimately, the stakes are high in this one, given the complexities of the case, and the government must be prepared for that going in.”