How to be a good Indigenous ally

OPINION: How do you cross that invisible line that takes you from being in the Aboriginal 'good books' to being on the s**t list?, writes Summer May Finlay. 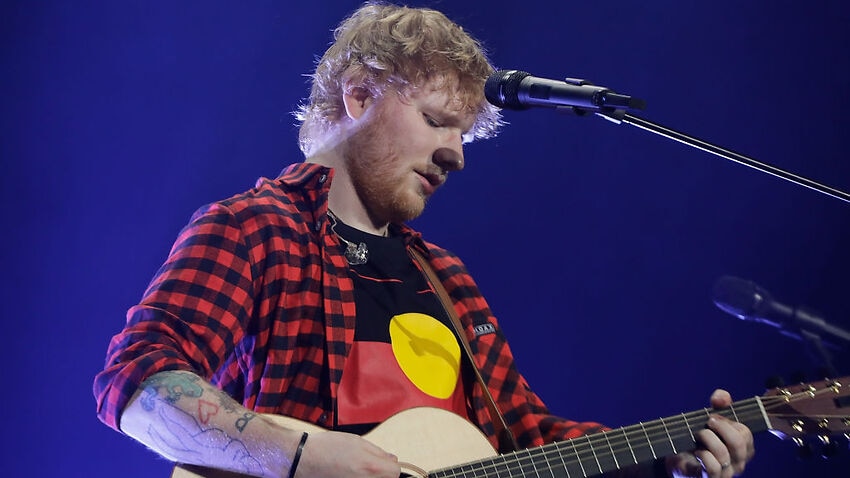 How can non-Indigenous people be a useful ally to Aboriginal people? As a somewhat outspoken Aboriginal woman, it's something I'm asked a lot.

And admittedly, it's tricky — How do they avoid crossing that invisible line? The line that takes you from being in the Aboriginal 'good books' to being on the shit list.

When Ed Sheeran was in the country in 2018, he wore an Aboriginal flag t-shirt that he'd purchased from the Tandanya cultural institute in Adelaide. He then opened his performances — to audiences of made up of tens of thousands — with an Acknowledgement of Country. This, simple act, is a great example of how to be an ally.

He used his position to support us, and he did it respectfully. Big shout out to Ed Sheeran!

We need good allies. We are only three per cent of the Australian population. We can’t raise the profile of issues affecting us without our allies. But what does a good ally look like?

We need good allies. We are only three per cent of the Australian population. We can’t raise the profile of issues affecting us without our allies. But what does a good ally look like? While I appreciate Ed Sheeran’s support, being an ally long term goes beyond wearing an Aboriginal flag and doing an Acknowledgement of Country (not everyone has the status and influence of a major international pop star).

We get it. Non-Indigenous people aren't silently surrounded by Aboriginal culture like those of us who are Aboriginal. It’s unreasonable to expect people to understand all the nuances; politics, unconscious bias and cultural competency are some of the few that people can get wrong.

As a Yorta Yorta woman, it will take me a lifetime to understand what it means fully to be an Aboriginal woman. My mother is Aboriginal, and I have been surrounded by the subtleties of culture even before I was born. I was wrapped silently in culture as I moved from toddler to child and was quietly expected to participate in the world as a young Aboriginal woman in my teens and beyond. In my 20s and 30s, I was surrounded by culture in both my workplace and my personal life and have learnt even more about our culture and what it means to practice it every day.

So then how do non-Aboriginal people support us but avoid paternalism and cultural appropriation? Well, the truth is there is no simple answer, and good intentions often aren’t enough.

In lieu of an 'ally rulebook', here are some tips which may help non-Aboriginal people stay on the right side of that line.

Don’t speak on our behalf. We have a voice, and we aren’t afraid to use it.

Yes, there are many people out there who work closely with Aboriginal people and communities and are involved in Indigenous affairs, and can shed some light on settler-First Nations issues.

The problem is, we are only a small proportion of the population and with many non-Indigenous people working in the black space, this ratio can end up with non-Indigenous voices dominating our issues. True self-determination means supporting us, working with us, but allowing us to speak on the subjects that affect our lives. If you’re really here for us, you won’t mind taking a step back.

Example: This means saying no to the radio or TV interview and recommending an Aboriginal person.

2. Be ok with not always being part of the conversation

Example: Support the Uluru Statement, not the parts you like. That tip is particularly relevant for politicians.

3. Be there for the good times *and* the bad

A good ally will stand with us at all times, not just when it is easy.

This requires taking an active interest in our issues rather than just having a NAIDOC morning tea or romanticising Aboriginal dreaming stories.

As Aboriginal people, we don’t have the option of picking and choosing when we can be Aboriginal. Our allies need to stand with us, even when the going gets tough. This also means practice what you preach. Educate yourself and you can educate others (but just don’t hijack our space and start talking like you are Aboriginal!)

Example: Support our art industry and community programs as well as protesting the suspending of the Racial Discrimination Act which allowed the Northern Territory Intervention to occur.

4. Say something when you hear someone say inappropriate things about Aboriginal people

If you hear someone say something racist, reinforcing stereotypes or being dismissive about Aboriginal people and culture — say something. Not saying something means condoning their attitudes, making you as bad as them.

Example: You’re at a BBQ and one of your friends makes an 'Aboriginal joke'. Pull them up on it. It’s not always easy to be confrontational, but if you’re a true ally, you will push past that uncomfortable feeling.

5. Don’t take it personally when we don’t agree with you

Understand that a good ally can sometimes be wrong on issues affecting Aboriginal people. You need to be resilient like we are required to be. Pick yourself up, dust yourself off and come back to the position of an ally.

Example: If an Aboriginal person tells you that you have the wrong end of the stick on an issue affecting us. Don’t push back and tell us we are wrong. Sit with it and digest what has been said. Reflect.

Don’t assume you have enough information or experience to march ahead without stopping to check with Aboriginal people that you are heading in the right direction.

If you don’t include us at all stages along the way, there is a good chance you are stepping on Aboriginal people and culture to get where you are going. Not to mention you are probably heading straight for the shit list without even realising.

Example: When conducting academic or professional research, have us on the research team as one of the investigators. In the workplace, make sure that you employ Aboriginal people on Aboriginal projects.

7. Understand that Aboriginal people are *not* all the same

We do have different views, just like other Australians.

Example: Appreciate and value the variety of perspectives we bring to public debate. Allow us to air our various opinions without being upset or surprised that we don’t agree.

So, this is not an exhaustive list. I can’t promise you aren’t going to get growled at from time to time. Accept that your experience as a non-Indigenous person is vastly different from that of an Aboriginal and/or Torres Strait Islander. Just remember: Aboriginal people need to be the actors, directors and producers on issues affecting us with non-Aboriginal people can help by being the backstage crew.

Summer May Finlay is a Yorta Yorta woman, academic, writer and a public health consultant. Summer has worked in a number of different areas relating to Aboriginal health and social justice. Follow Summer @SummerMayFinlay