Why there is no 'New Year': The seasonal 'calendars' of Indigenous Australia

On Wangkumarra land, in the corner-country near the borders of Queensland, New South Wales and South Australia, stands an ancient stone arrangement. It has been placed to the side of a huge complex, rivalling Stonehenge, featuring megaliths polished, carved and placed to balance precariously on each other. 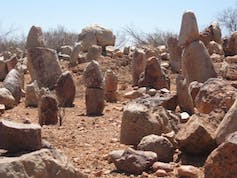 They should fall, but they don’t, as this is a place where time runs differently. In contrast to the Western “arrow of time”, the small rock formation pictured shows the non-linear, infinitely interconnected cycle of time followed by the First People who built the site and used it over millennia. It is a stone calendar, aligned within a fraction of a millimetre to the points of the compass. 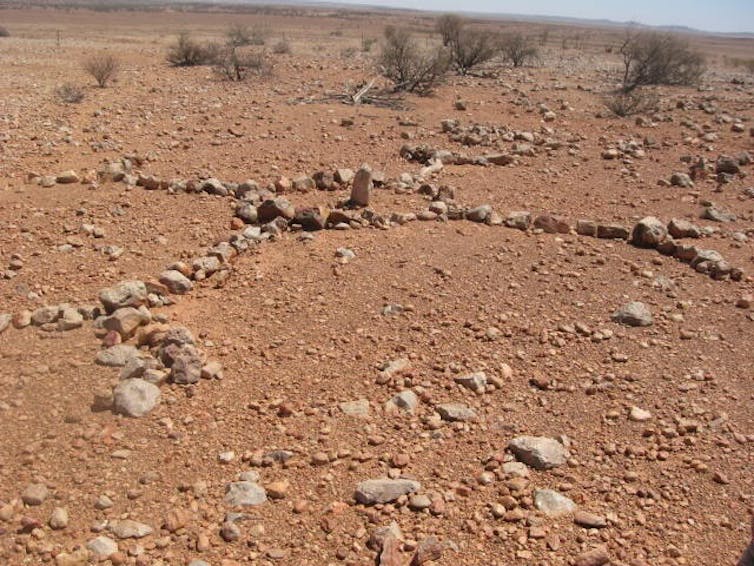 The key to understanding this temporal reality is the shape of the stone calendar. It is round, not a continuum. There is no beginning or end, and as such, there is no “New Year”. Seasons do not serve as a basis for linear metaphors of new life in spring to death in winter.

Instead, both seasons and humans are viewed as components of cycles. Around Australia, Indigenous languages vary in both the number of season words in their lexicon and their precise meaning. This is at least partly due to the very different kinds of weather experienced around the year in different parts of the country.

A tour of the seasons

In the Tiwi islands just to the north of Darwin there are three major seasons named in the Tiwi language: Kumunupunari (the dry season of fire and smoke); Tiyari (the season of hot, humid weather); and Jamutakari (the wet season of daily rain and full rivers). These three seasons subsume 13 overlapping, more precisely defined seasons.

For example, in the Mumpikari season (which overlaps with the start of the Jamutakari “wet season”) the first rains after the dry time make the ground soft and muddy enough to retain the footprints left by possums returning to their trees, which makes the possums easier to track when hunting.

Understanding the meaning of a word like Mumpikari “season of muddy possum tracks” entails knowledge of the type of weather experienced at that time (first rains following a long dry spell), consequent changes in the local ecology (muddy ground), as well as changes in human behaviour and potential sources of food (it’s a good time to hunt and eat possums). 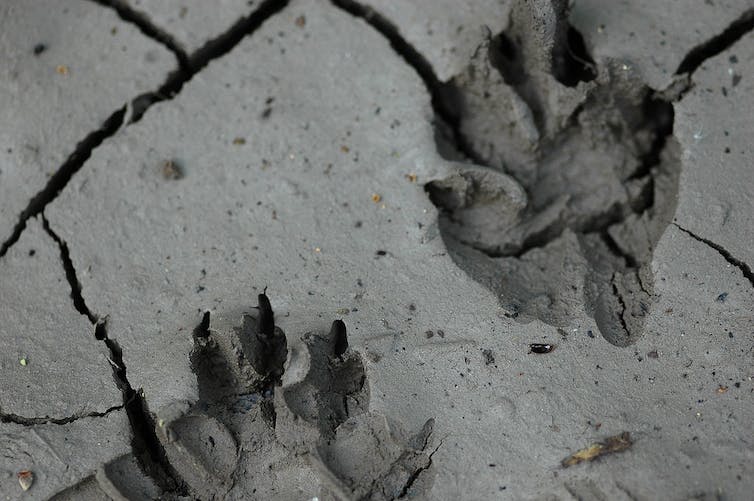 The changes in weather, ecology and potential food sources over the course of the year are dramatic, but vary significantly across a continent as large as Australia. The season experienced in tropical Cape York in January is very different to January in Tasmania. Likewise, the middle of the year brings radically different weather patterns to the tropical north, temperate south and central desert regions respectively.

The definitions of seasonal terms tell us a lot about the ecology that a language is spoken within and how speakers interact with it. In the Warlpiri language of the Tanami Desert, for example, several seasonal terms (such as karapurda) make reference to the prominent westerly winds that blow at the onset of the hot season.

Common food sources also feature prominently in the definitions of season terms, such as mangkajingi, “season of year when goannas are easily found in shallow burrows”. In the Bardi language of the Dampier Peninsula (WA), the build up to the wet season is named Lalin and colloquially referred to as “married turtle season”, because the mating turtles are a prized food source at this time.

In Gulumoerrgin (Larrakia) language group, spoken around Darwin, the year is divided into seven named seasons. Each of these seasons is associated with distinctive patterns of weather, but also changes in flora, fauna, and human activity. The Gurrulwa season, or “big wind time”, is heralded by the flowering of wattles, which in turn indicates that the local stingrays are plentiful and good to eat. The flowering of the Yellow Kapok at this time in turn indicates that it is the time for important traditional ceremonies to be held.

These connections between species are often cemented in language by using a single word. In the Dalabon language of Arnhem land, the word yawok has two meanings: (1) a species of yam (Dioscorea bulbifera); and (2) a species of grasshopper (Caedicia spp.). To the untrained observer, the yam and grasshopper might appear to have little in common. 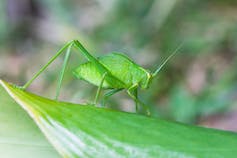 In Arnhem Land, when the yawok (grasshopper) calls, the yawok (yams) are ready for harvesting. Wikimedia/JJ Harrison, CC BY-SA

But for Dalabon speakers, this naming practice is a useful mnemonic that helps them remember that the yam is ripe for harvest precisely at that time of year when the grasshopper’s mating call can be heard. Similar principles have been found to underpin the naming of plant and animal species in languages such as Bininj Gun-Wok and Ndjébbana.

The words of any language tell us a lot about the history of its speakers; who they’ve been in contact with, where and how they have lived. This is certainly true of the English calendar months. It is also seen in the number and nature of the seasons named by different Indigenous communities, from the tropical north of Australia to the chillier climates down south.

With around 370 languages and many hundreds more dialects originally spoken in Australia, it is impossible to do justice to the wealth and variety of traditional systems of tracking time and seasons. But a recurrent theme is the interconnectedness of human activities and the cycle of changes in flora and fauna that attend the tilting of the earth’s axis.

Alice Gaby receives funding from the Australian Research Council. She is a member of the Resource Network for Linguistic Diversity's executive committee, and of the Victorian State Government's Geographic Place Names Advisory Committee.

Tyson Yunkaporta does not work for, consult, own shares in or receive funding from any company or organisation that would benefit from this article, and has disclosed no relevant affiliations beyond their academic appointment.