Timeline: From the beginning of NAIDOC Week until now

Let's look at the steps taken to get us where we are today and with it, some inspiring moments and achievements. 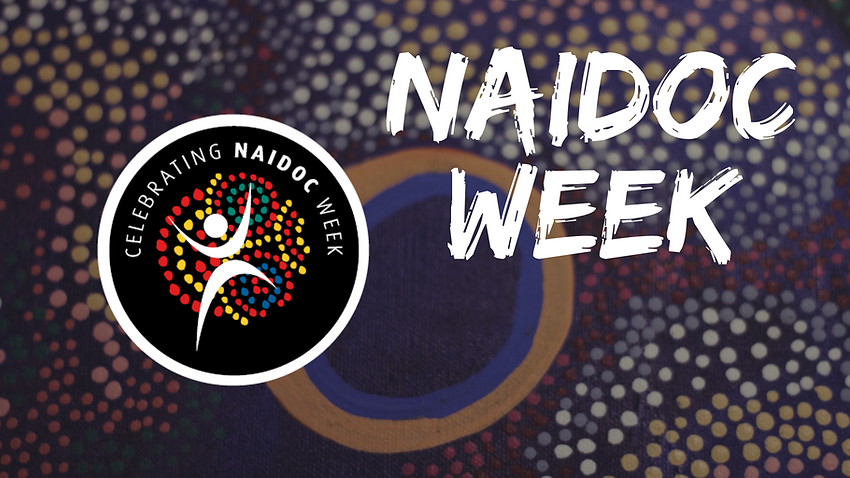 This year will no doubt go down in NAIDOC's history. With 2020 seeing the annual celebration that recognises Indigenous achievements postponed due to a global pandemic, and with it, our beloved NAIDOC Awards cancelled to maintain community health and safety.

Historically held in July, the new decade has its first NAIDOC week in November. But from inspiring beginnings in the 1920s until now, NAIDOC Week has been an expanding, developing, agile movement, changing and adapting to eras it's celebrated within.

Before the 1920s, Aboriginal rights groups boycotted Australia Day (26 January) in protest against the status and treatment of Indigenous Australians at the time. In the 1920s, when Aborigines Protection Policies were rife, these groups were increasingly aware that the broader Australian public were largely ignorant of the boycotts. If the movement were to make progress, it would need to be active.

In 1935, Yorta Yorta activist and founder of the AAL, William Cooper, drafted a petition to send to King George V, asking for special Aboriginal electorates in Federal Parliament. The Australian Government believed that the petition fell outside its constitutional responsibilities.

On 26 January 1938 a day of mourning was arranged by the Aborigines Progressive Association to protest 'the callous treatment of our people by the whitemen Source: Audio Visual Archive, Australian Institute of Aboriginal and Torres Strait Islander Studies, Canberra

On Australia Day, 1938, protestors marched through the streets of Sydney, followed by a congress attended by over a thousand people. One of the first major civil rights gatherings in the world, it was known as the Day of Mourning.

Following the congress, a deputation led by William Cooper presented Prime Minister Joseph Lyons with a proposed national policy for Aboriginal people. This was again rejected because the Government did not hold constitutional powers in relation to Aboriginal people.

After the Day of Mourning, there was a growing feeling that it should be a regular event. In 1939, William Cooper wrote to the National Missionary Council of Australia to seek their assistance in supporting and promoting an annual event.

From 1940 until 1955, the Day of Mourning was held annually on the Sunday before Australia Day and was known as 'Aborigines Day'. In 1955, Aborigines Day was shifted to the first Sunday in July after it was decided the day should become not simply a protest day but also a celebration of Aboriginal culture.

Major Aboriginal organisations, state and federal governments, and a number of church groups all supported the formation of, the National Aborigines Day Observance Committee (NADOC). At the same time, the second Sunday in July became a day of remembrance for Aboriginal people and their heritage.

In 1972, the Department of Aboriginal Affairs was formed, as a major outcome of the 1967 Referendum.

In 1974, the NADOC committee was composed entirely of Aboriginal members for the first time. The following year, it was decided that the event should cover a week, from the first to second Sunday in July.

In 1984, NADOC asked that National Aborigines Day be made a national public holiday to help celebrate and recognise the rich cultural history that makes Australia unique. While this has not yet happened, other groups have echoed the call.

With a growing awareness of the distinct cultural histories of Aboriginal and Torres Strait Islander peoples, NADOC was expanded to recognise Torres Strait Islander people and culture. The committee then became known as the National Aborigines and Islanders Day Observance Committee (NAIDOC). This new name has become the title for the whole week, not just the day. Each year, a theme is chosen to reflect the important issues and events for NAIDOC Week.

During the mid-1990s, the Aboriginal and Torres Strait Islander Commission (ATSIC) took over the management of NAIDOC until ATSIC was disbanded in 2004-05.

For decades, NAIDOC has had significant themes to represent, celebrate and raise awareness to significant Indigenous affairs. This year the theme is Always Was, Always Will Be.

Due to COVID-19, The NAIDOC Council has also announced a new date for the annual celebration to protect the health and safety of communities and their elders from the potential risk of serious virus.

November 8th-15th will be the official 2020 celebration week.

The poster winner was Proud Noongar and Saibai Island man, Tyrown Waigana, took home the prize with his design depicting the Rainbow Serpent coming out of Dreamtime while addressing this year's theme 'Always Was, Always Will Be'.

'Shape of Land' by Tyrown Waigana is the winning design in the 2020 National NAIDOC poster design awards. Source: Supplied

“The figure inside the shape of Australia is a representation of Indigenous Australians showing that this country - since the dawn of time - always was, and always will be Aboriginal land,” Mr Waigana added.

Teachers, find curriculum-aligned resources that explore Aboriginal & Torres Strait Islander perspectives, histories, and stories with SBS Learn, the official education partner of NAIDOC Week. Celebrate the 2020 theme ‘Always Was, Always Will Be’ in your classroom with SBS Learn’s teacher resource.

Ballin Out
Lighthearted yarn on all things NBA and NBL
Get the latest with our exclusive NITV podcasts on your favourite podcast apps.
NITV