What is National Reconciliation Week?

National Reconciliation Week, which kicks off on the anniversary of a day that aimed to give Indigenous Australians greater equality, strives to grow the relationship between them and other Australians. The theme for 2021 is 'In This Together'. 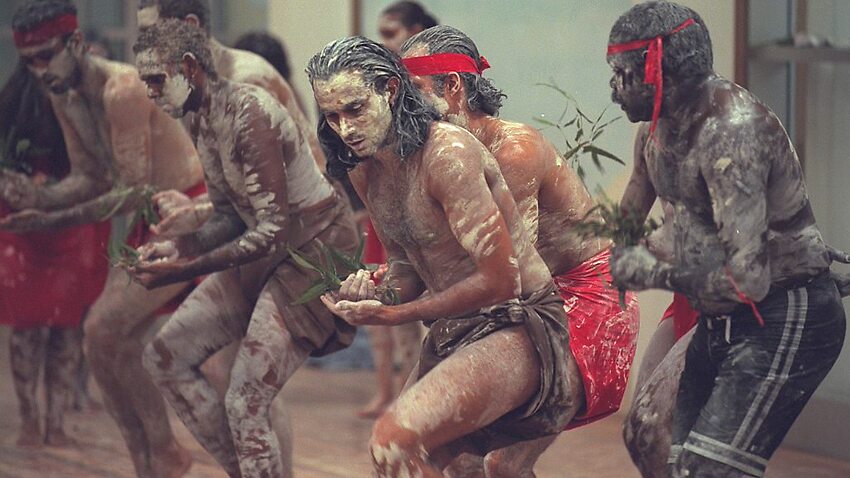 Each year National Reconciliation Week, held between 27 May and 3 June, is dedicated to growing respectful relationships between Aboriginal and Torres Strait Islander people and other Australians.

All Australians are invited to be part of the journey towards reconciliation.

Reconciliation Australia, an independent, national not-for-profit organisation, initiates the week in its effort to break down the barriers between Indigenous and non-Indigenous Australians.

“Reconciliation must live in the hearts, minds and actions of us all as we move forward, creating a nation strengthened by respectful relationships between Aboriginal and Torres Strait Islander peoples and non-Indigenous peoples,” says Reconciliation Australia on its website.

Why was National Reconciliation Week formed?

National Reconciliation Week is dedicated as a time for all Australians to consider the history and culture of Aboriginal and Torres Strait Islander people.

Reconciliation Australia says that acknowledging the history of Indigenous Australia, pre- and post-colonisation, is “essential to our reconciliation journey”.

Reconciliation Australia says these practices often had “devastating immediate impacts” that caused “much of the disadvantage that exists today.”

Accepting this history is a commitment to ensuring these wrongs are never repeated in the future, it says.

National Reconciliation Week asks all Australians to consider and take action to build positive relationships with one another.

“We believe in fairness for everyone, that our diversity makes us richer, and that together, we are stronger,” says Reconciliation Australia.

The organisation’s State of Reconciliation in Australia report says that Australians must hold a shared vision of what a reconciled Australia would look like to enable it.

Reconciliation Australia proposes a nation where:

Why is Reconciliation Week held between 27 May-3 June?

The dates that start and end the annual National Reconciliation Week are significant milestones in the journey towards reconciliation between Indigenous and other Australians.

On May 27 in 1967, the Federal Government held a referendum asking Australians if parts of the Constitution of the Commonwealth of Australia that discriminated against the country’s First Peoples should be removed. The outcome resulted in two amendments to the Constitution.

Regarding the federal government’s power to make laws, the Constitution previously read:

“The people of any race, other than the Aboriginal race in any State, for whom it is deemed necessary to make special laws” (Commonwealth Constitution Section 51, paragraph xxvi)

The clause “Other than the Aboriginal race in any State” was removed, giving the government the ability to make laws for Indigenous Australians.

A provision was removed in the Constitution that stated that Indigenous people would not be included in the country’s census:

The two changes were seen as one of the first steps to break down barriers between non-Indigenous and Indigenous Australians.

Australia’s Freedom Rides holds an important legacy within the country’s modern history. It is recognised to have built the momentum towards the 1967 Referendum.

A group of students from the University of Sydney, inspired by the United States 1961 Freedom Rides, got on a bus on 12 February 1965 and toured through regional towns in NSW such as Walgett, Gulargambone, Kempsey, Bowraville and Moree.

Some of the Freedom Riders included Charlie Perkins, an Arrernte man who became a leader at the national level, the Hon. Jim Spigelman, the Australian Broadcasting Corporation chairperson from 2012 to 2017, and Professor Ann Curthoys. She is now a professor who focuses on Australian history.

They wanted to show wider Australia the experience of inequality and racism that Aboriginal Australians suffered around the country.

On June 3, The High Court of Australia handed down its decision on what is popularly known as the Mabo case.

This decision legally recognised Aboriginal and Torres Strait Islander peoples as having a continuous and special relationship with the land otherwise known as the Native Title Act 1993.

Aboriginal and Torres Strait Islander peoples occupied Australia for more than 50,000 years before Europeans arrived in 1788 and declared Australia was terra nullius (land belonging to nobody).

Read More
Native Title: What does it mean and why do we have it?

Native Title, which provides land rights for Indigenous people under the Commonwealth of Australia’s legal system, is considered important because Europeans dispossessing and denying land to the Indigenous people established the relationship between them.

The Native Title Act 1993 determines how native title interests are formally recorded and recognised and sets the rules for dealing with Native Title land.

More than 2 million square kilometres of land is considered Native Title, which are made up of agreements between traditional owners and the government, which dictate how the land is used. There are currently 967 registered Indigenous land-use agreements in place.

Native Title is contested by some Indigenous people because it is a law from Australia’s colonial system opposed to one from pre-existing Indigenous legal structures.

Significant events in the journey towards reconciliation

Australia has seen a number of milestones towards reconciliation between the early 20th and 21st centuries.

1932 William Cooper establishes the Australian Aborigines’ League. Mr Cooper and other leaders of the Aborigines Progressive Association gathered nearly 2,000 signatures on a petition that called Prime Minister Joseph Lyons and King George VI to work for Indigenous rights “for the preservation of our race from extinction and to grant representation to our race in the Federal Parliament”.

1971 Neville Thomas Bonner becomes the first Aboriginal parliamentarian after being elected as Senator for Queensland.

1977 Patrick Dodson became the founding chairman of the Council for Aboriginal Reconciliation, which worked for greater unity between Indigenous and other Australians. This role led to him being known as the ‘Father of Australian Reconciliation.’

As chair he brought together leaders from many sectors to take part in a forum called Aboriginal Reconciliation Convention. The convention took place to help the council work towards it aims and Indigenous rights.

1985 Uluru in Central Australia is handed back to its Traditional Owners.

1992 The High Court of Australia recognises Native Title in the landmark Mabo v Queensland (No.2) (1992), rendering terra nullius as wrong.

Former prime minister Paul Keating delivers the ‘Redfern Speech’ recognising Indigenous people as dispossessed and the devastating effects of the government’s assimilation policies, uch as the forced removal of children.

The Aboriginal and Torres Strait Islander Social Justice Commissioner position is created. Professor Mick Dodson AM was the first person to be appointed.

2008 Former prime minister Kevin Rudd apologises to members of the Stolen Generation. The Stolen Generation are Indigenous families whose children were taken away under government welfare policies to European families. Many did not have the chance to reunite.

While reconciliation has received broad public support it is not without its critics.

Initially there was concern over the timing of the adoption of the reconciliation policy.

In the 1980’s the debate about Aboriginal land rights had increased and both mining companies and the Western Australian Premier Brian Burke were firmly in opposition to any Government policy on the issue. After Bob Hawke announced that his Government would pursue treaty in 1988, pressure by the Opposition caused the policy to be dropped and a process of reconciliation was adopted in its place.

Some Indigenous Australians continue to view the reconciliation process as a Government initiative that is 'designed for the benefit of white Australians' instead of addressing the needs of Indigenous peoples in regional and remote communities.

Despite the policy of ‘practical representation’ adopted under the Howard Government, a Senate Committee report in 2003 found that the ‘indicators of Indigenous disadvantage are not improving in many areas’ despite the cooperation of both Federal and State Governments.

Concerns have also been raised about the ‘vagueness’ of the concept of reconciliation and the length of time needed to achieve it.

As Senator Patrick Dodson acknowledged in 2013, 'The road to reconciliation in Australia has been a long, slow and instrumental one. It is often bumpy and difficult to navigate, sometimes we lose our way and get off track and encounter things that challenge our commitment.’