Sydney FC recruit Brillante has not ruled out Europe return

Josh Brillante said he has no regrets about trying his luck in Europe and hopes to one day return to European football. 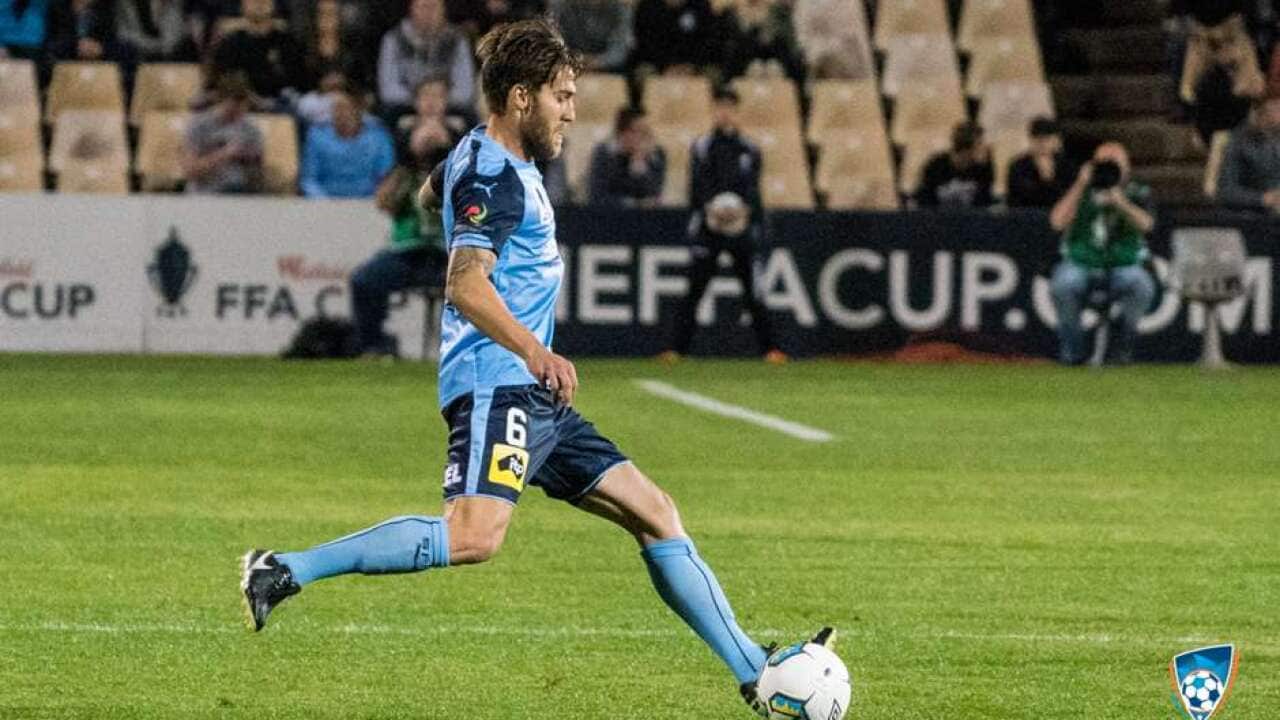 Brlllante has been back in Australia and training with Sydney FC under coach Graham Arnold for about five weeks after signing a three-year deal.

What originally looked like a fabulous move for him to Italian Serie A club Fiorentina in 2014 quickly turned sour when he was substituted without injury after 35 minutes of his debut match.

He was loaned midway through the 2014-15 season to fellow Serie A club Empoli, and at the end of the season he was loaned to Serie B club Como, where he at least played much more regularly and made 21 league appearances last season.

But Brillante knew he needed to play regular football to get his career right back on track and took the opportunity to sign for the Sky Blues.

The 23-year-old is happy with how it is working out so far, but told The World Game he had not shut the door on the possibility of having another crack overseas at some stage in the future.

“I’m enjoying being back in Australia, with so many friends around, and I think we’ve got a great squad at Sydney FC that is capable of having a big season and hopefully we’ll win some silverware,” Brillante said.

“It didn’t pan out as I expected or wanted it to in Italy, but, you know, that’s all part of football. It was a big learning curve for me and I don’t have any regrets about going over there.

“I’m definitely open-minded about the future. First and foremost, my aim is to concentrate on the season ahead and we’ll see how we go from there, but going back overseas is definitely an option I would like to re-visit.

“It was unfortunate, what happened, but the experience has given me more of an idea of how things work over there and what I need to do.

“I’m still young, so there is still plenty of time and hopefully some opportunities overseas to try and further my career and also get back in the national team along the way.

“It’s been a tough couple of years and I obviously haven’t played as much football as I would’ve liked in that time and my goal now is to play regular first-team football and have success with Sydney FC as part of a team.

“If you do your part for the team, then personal success will come.”

Brillante, who can play in defence or in a more attacking role, has played five games for the Socceroos, but none since 2014.

“Playing for the national team is a great honour, so to be a part of that is an amazing feeling and there’s nothing that beats it,” he said.

“Growing up aspiring to play for your national team and then getting there and staying regularly is quite rare. Not many people get the chance to do that, so I know how hard I’ve got to work to give myself a chance of getting back in.”

Brillante played in Sydney’s FFA Cup round of 32 success over Wollongong Wolves, as well as two trial matches.

The club’s playing roster has undergone a major overhaul since the end of last season, but Brillante said the understanding between the new players and the core group who were already there is improving all the time.

“We all have to get used to each other and the way we’re going to play, the style ‘Arnie’ wants, but it’s coming together really well so far and looking really good, so hopefully come the start of the season we’ll be ready to go,” he said.