The protests by farmers against the Indian government's new farm laws have now reached Australia, with multiple demonstrations taking place across major cities including Melbourne, Adelaide, Perth, Canberra, and Sydney.

Farmers’ protests in India have received widespread attention on social media and has now been mentioned by several politicians and serving Members of Parliament from across the world.

Hundreds of thousands of farmers have gathered in the capital, New Delhi, to protest against three agriculture bills passed by the Modi government. While the government says these bills will liberate farmers and reduce the need for middlemen, critics say it could lead to the exploitation of farmers by big corporations.

Victorian MP and Labor member Rob Mitchell is among those who have expressed concerns over the Indian government’s treatment of the protesting farmers.

While addressing the Victorian parliament, Mr Mitchell said he has been contacted by many of his constituents who are concerned regarding the growing escalation of tensions between Punjabi farmers and the Indian government in recent days.

“Thousands of small-scale farmers have walked onto the capital city of New Delhi to protest new laws allowing corporations to use valuable land and buy crops at reduced prices,” he said.

“There have been awful scenes of clashes between farmers and police with tear gas, water cannons and riot police called in to quell the protests over the passage of legislation which many farmers see as unfairly reducing their income.”

Mr Mitchell said the issue is not unique to India.

“Here in Australia family farming businesses have been preyed upon by corporate farming enterprises, and many families have been forced off the land,” he added.

“Recent studies show about 28 people who depend on farming in India die by suicide every day because of the growing debt, poor harvests and drought.”

Mr Mitchell also called upon the Indian government to show restraints and compassion for the protesters.

“We believe the right to peaceful protest is fundamental in any democracy, and I join with many in our communities who are very disturbed by the treatment of Punjabi farmers in India and those who fear for their safety while peacefully protesting,” he added.

“On behalf of the many worried family members in our electorate of McEwen, I urge the Indian government to show restraint and compassion when dealing with protesters. Right across the world, we know that the best way to find a solution to a situation is through dialogue. Dialogue is always better than violence, and I hope that these calls are heard.”

A group of prtesters at the Federation Square, Melbourne.
Photo courtesy Simar Aulakh

Meanwhile, people hailing from India’s northern state of Punjab and living in Australia are using various forms of expression to show their support for the Indian farmers opposing the controversial farm laws.

Simar Aulakh who was one of the organisers of the protests held at Melbourne CBD told SBS Punjabi that they’ve decided to come out to show their support for Indian farmers.

“This is the least we can do for our friends and families who are totally dependent on their farmlands. We also belong to that part of the land which is now under immense pressure from the local government,” he said. Mr Aulakh along with a group of nearly 50 people held peaceful protests at the state Parliament building, Flinders Street Station and Federation Square in Melbourne.

“We had instructed our participants to keep social distancing and use masks at all times to stop the spread of COVID-19,” he said.

Karan Brar, who participated in a protest outside the parliament at Adelaide touched on why so many people across Australia are supporting this cause.

“The majority of Punjabis living in Australia, which also includes international students, are from an agricultural background. So we feel it is our moral duty to raise our voice in support of the protesting farmers,” he said. A group of protesters outside the parliament building, Adelaide.
Photo courtesy Karan Brar.

MLC Russell Wortley addressed a group of protesters outside the parliament building at Adelaide.

“Whatever bills that are being put in that are going to make it hard for the farmers need to be removed or overturned,” he said.

“Farmers’ markets are an important part of the process. Taking them away and putting the procurement of grains under the hands of multinational companies is not the way you want to go…so all the best for your solidarity, and Sat Sri Akaal.” Jagga Chauhan who was one of the main organisers of this protest at Perth wants to see more people from the diaspora to come out and raise their voice against the recent amendments of the farm bills.

“These amendments mean that the farmers will now need to fight for their lands. They are already on the verge of losing their source of income to big corporates,” he said.

“It’s people’s right to hold peaceful demonstrations. The government should act with due diligence and work for the people and not for the corporates, to resolve it amicably.”

There are also reports of demonstrations in the Melbourne suburbs of Tarneit, Pakenham, Keysborough, and some isolated events were also seen during the day-night cricket matches between India and Australia at Sydney and Canberra this week. Meanwhile, support for the farmers’ protests is growing on social media.

The internet is now flooded with the pictures of protesters with many hashtags including #standwithfarmerschallenge which has now crossed 600K on Facebook.

Mr Aulakh said they've also been using social media and Twitter platforms to show their solidarity with the movement.

“We urge everyone to come up together and share this story with the world so that everyone knows what’s happening in India,” he adds.

People have been using cars and other vehicles to put banners with hashtags #supportfarmers, #Tractor2Twitter, #Punjabfarmers, and #Istandwithfarmers to show their solidarity with the movement.

Some heart-wrenching images of farmers facing police aggression to stop the protesters have also surfaced on Twitter.

Equality on every front! Sikh Women shoulder to shoulder in the struggle for there birth right land. We are inspired, motivated and humbled at there passion and dedication for the cause.#Maibhagooji#IStandWithFarmers #FarmersBill2020 #FarmersProtest #Standwithfarmerschallenge pic.twitter.com/dWhwpOsmdU

Indian farmers’ protests get support from leaders across Canada and UK

Many MPs from UK and Canada have expressed their solidarity with the farmers who have been protesting the Indian government’s new farm laws.

They have criticised the Modi government’s aggressive crackdown on the farmers doing peaceful demonstrations.

“I would be remiss if I didn’t start by recognising the news coming from India about the protest by farmers. The situation is concerning. We are all very worried about family and friends. I know that’s a reality for many of you. Let me remind you, Canada will always be there to defend the rights of peaceful protest,” Trudeau said during a virtual address to members of the Sikh community on the occasion of Guru Nanak Jayanti Monday.

The reports of peaceful protesters being brutalized in India are very troubling. Many of my constituents have family there and are worried about the safety of their loved ones. Healthy democracies allow peaceful protest. I urge those involved to uphold this fundamental right. https://t.co/myWev8t3uW

Mr Singh tweeted: "The violence perpetrated by the Indian govt against farmers peacefully protesting is appalling. I stand in solidarity w/ the farmers from Punjab and across India - and, I call on the Indian govt to engage in peaceful dialogue rather than violence."

I stand in solidarity w/ the farmers from Punjab and across India - and, I call on the Indian govt to engage in peaceful dialogue rather than violence

Thank you for your advocacy Jack https://t.co/tBU541Bp4a

UK’s Labour MP from Slough and Shadow Rail Minister Tanmanjeet Singh Dhesi tweeted: "It takes a special kind of people to feed those ordered to beat and suppress them. I stand with farmers of the #Punjab and other parts of #India, including our family and friends, who are peacefully protesting against the encroaching privatisation of #FarmersBill2020."

It takes a special kind of people to feed those ordered to beat and suppress them.

I stand with farmers of the #Punjab and other parts of #India, including our family and friends, who are peacefully protesting against the encroaching privatisation of #FarmersBill2020. pic.twitter.com/TFywBgtK9X

Meanwhile, multiple protests have been organised over the coming weekend across all major cities in Australia.

“I am aware that there are multiple calls from people and other organisations who want to join hands to do demonstrations outside the Indian consulate buildings in Melbourne and Sydney,” said Mr Aulakh.

“For Melbourne, we are also in touch with the Victoria Police who want to check it from the logistic point of view, if it is all happening under one flag or through different small groups.”

Click on the audio icon to listen to the full audio report that consists of statements from Simar Aulakh, Karan Brar, MP Rob Mitchell and MLC Russell Wortley. 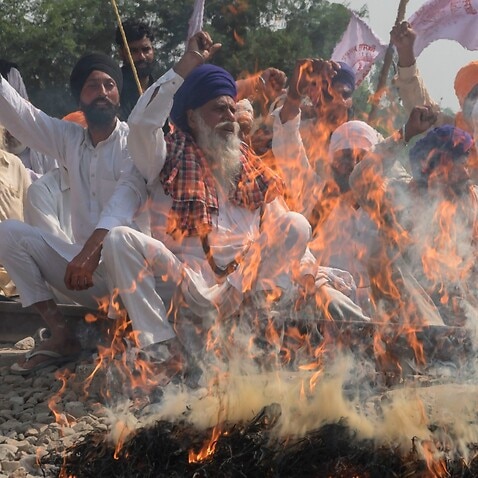 What has sparked the massive farmers protest in India amidst the coronavirus pandemic? OPINION: An open letter in support of the farmers of Punjab 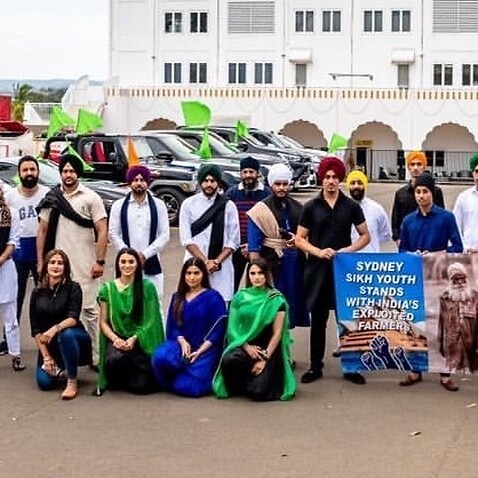 'We fully support the farmers movement in Punjab', say youth born and raised in Australia