An Adelaide-based Indian international student has attended a police station to explain his ‘innocence and ignorance’ after SA police shared his images in relation to two separate incidents of deception between 14 and 30 July.

Mr Singh, who wishes to be identified by his last name only, arrived in Australia in December 2019 on a student visa from the northern Indian state of Punjab.

The 19-year-old now finds himself inadvertently caught up in a police matter that he claims has made him a subject of ridicule in his public life and "hate and disrespect" on social media.

Mr Singh's pictures were shared by the SA police on their Facebook page on 5 Septemeber in relation to two incidents involving "fraudulently obtaining two laptop computers."

The SA Police's media statement that was later removed showed Mr Singh as the buyer who had collected the laptops from a parcel collection point at Melrose Park in Adelaide.

The statement was later revised to include the following information - “Police have identified the man captured on CCTV at a parcel collection point at Melrose Park. Investigations are continuing”. Mr Singh says he had to face hate and disrespect after his images were circulated on social media.
Supplied

Speaking to SBS Punjabi about the tormenting incident, Mr Singh said that he attended the Adelaide city police station on Sunday to explain his "innocence and ignorance" on the matter.

“I don’t know if my job provider has been using me for some sorts of illegal activities. I have submitted about 50 screenshots of my work-related communications with my employer to the police,” he said.

Mr Singh claims he was hired by the man on Gumtree to collect and dispatch parcels.

“I have been collecting parcels and dispatching them for this person who hired me on Gumtree. I was too quick to say yes to the job since I was desperately looking for work as I have been struggling to make ends meet due to the COVID-19 crisis.”

Mr Singh said that the employer told him that he is of Greek-Australian origin and is currently stuck in Greece due to the coronavirus-induced travel restrictions.

“I never had any suspicions that he was doing any dodgy stuff. He called me through an Australian phone number and paid me $60 per day for the days I collected and dispatched the parcels,” he added. 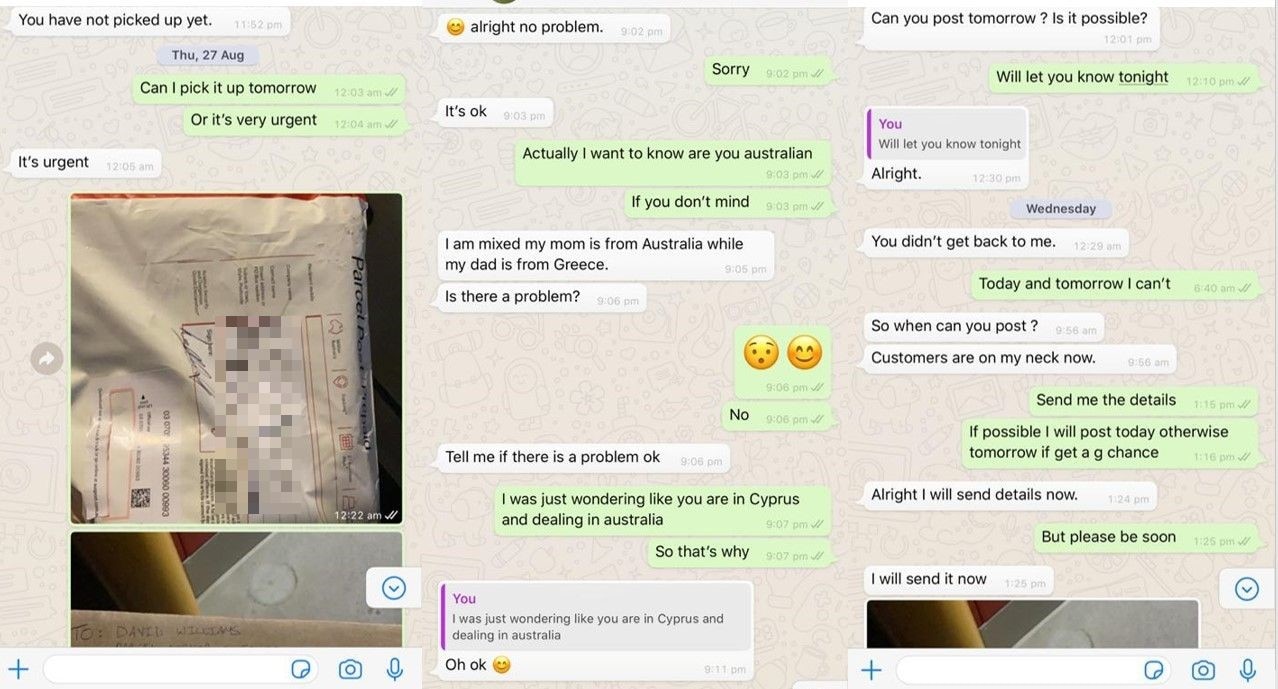 Mr Singh has supplied SBS Punjabi over 30 screenshots of his communication with his ‘fraudulent’ job provider.
Supplied

‘My life has been severely impacted’

Claiming to be a mere “victim of circumstances” Mr Singh told SBS Punjabi that his life had been upended by the incident.

“My mental health has deteriorated. I am having issues with sleeping. Many social media users have abused me and have made derogatory remarks about me and my religion.  They have been constantly targeting me and my Sikh appearance," he said.

The young student said while many have come out in his support, his reputation has been “tarnished” within the small Indian-Australian community, many of whom believe he has actually committed a crime.

“It has ruined my life. This news had gone viral within our Sikh and Indian-Australian community. While the police have removed this post, it is still impacting me and my life. Many people have shared screenshots of the post on social media and WhatsApp.

“I can understand that I may be a suspect for the police, but that doesn’t give random people the right to judge me and call me a criminal. There have been many people who have come out in my support,” he added. 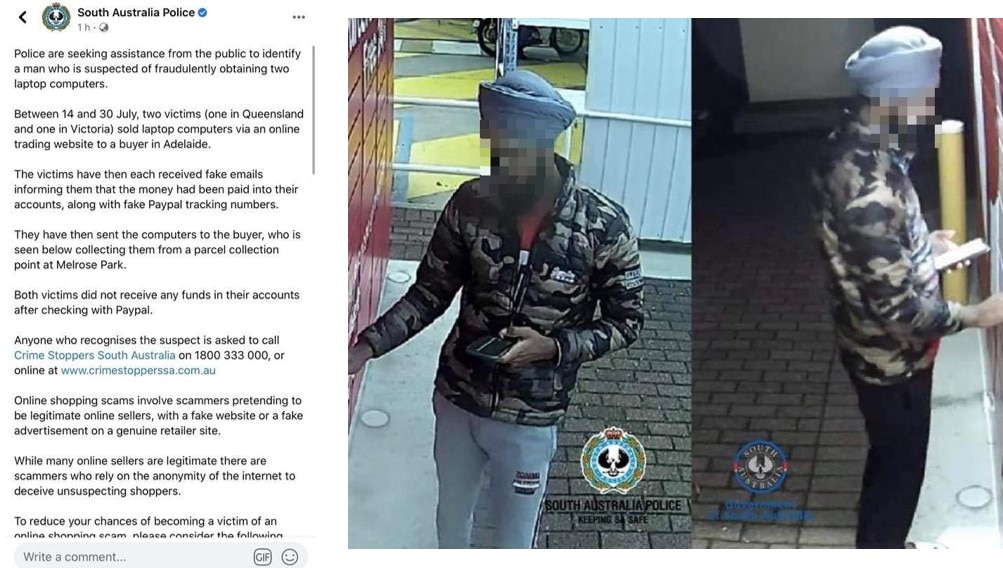 When contacted by SBS Punjabi, a spokesperson for South Australia Police said:

“We can confirm that investigators have spoken with a 19-year-old man from Edwardstown in relation to two separate incidents of deception between 14 and 30 July.”

“A media release and Facebook post was published on 5 September with an image of a suspect and a request for public assistance to identify the man depicted,” said a police spokesperson.

In response to our query with regards to Mr Singh's identification as the suspect, the police spokesperson said - “A number of comments on the Facebook post were deleted due to breaches of their standards. 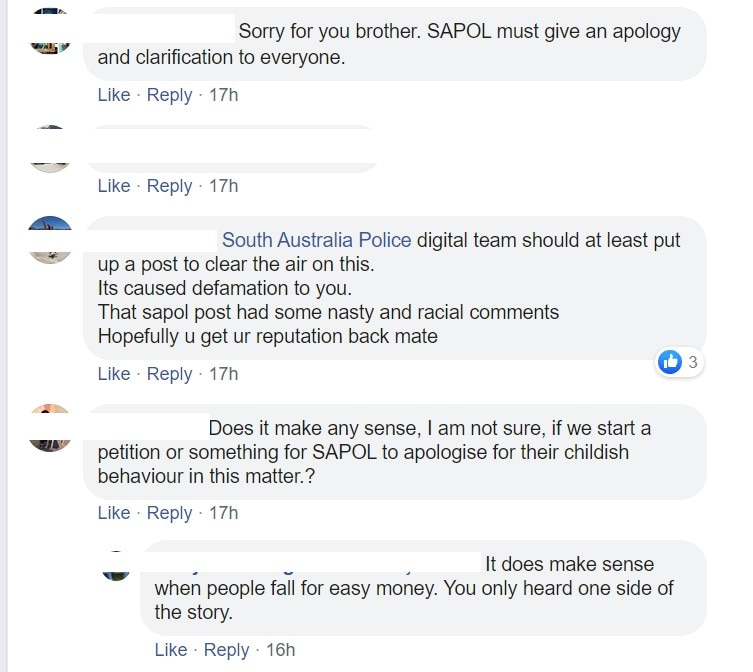 Many Sikh organisations have urged social media users not to make derogatory and racial remarks about Mr Singh.
Supplied

The Police are still investigating the matter.

Click on the player above to listen to the full interview with Mr Singh in Punjabi. 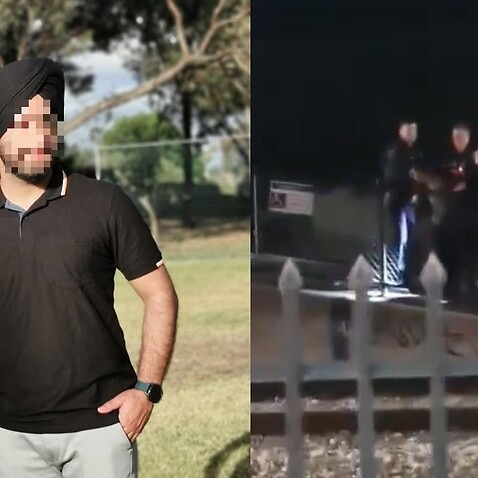 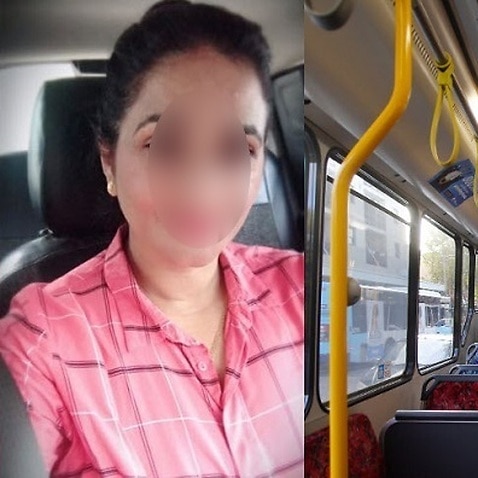 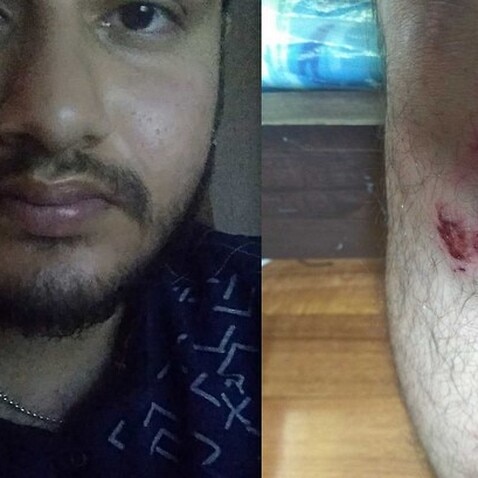