‘Why only NT, other states need seasonal workers too’, say Indian-Australian farmers

DOWNLOAD 5.91
SUBSCRIBE
Paramdeep Singh Randhawa (second from right) with his staff at his banana farm in Innisfail. Source: Supplied

The Australian and Northern Territory Governments have jointly agreed to run a trial to bring seasonal workers from overseas to address labour shortages being felt by NT’s farming sector. Farmers in other states want the same, warning they'll run into huge losses if their labour needs remain unfulfilled.

With COVID-19 beyond its borders and mangoes ripe for the picking in its orchards, Northern Territory is all set to welcome seasonal workers and Working Holiday Makers from the Pacific island nation of Vanuatu, in a recently announced trial program.

The Northern Territory relies on seasonal workers and working holidaymakers more than any other food-growing region in Australia.

Federal Minister for Agriculture, Drought and Emergency Management David Littleproud said, “the Northern Territory's mango producers in particular are facing a rough road ahead without the workers they rely on for their harvest. That's going to come to a head when the mango harvest starts in earnest in September.”

Up to 170 workers under the Seasonal Worker Programme (SWP) will come to Australia to work in NT’s mango orchards in time for the 2020 harvest. More workers are expected to follow based on the efficacy of the first batch and the need for more.

A 14-day self-isolation and permission from the Northern Territory Chief Health Officer will be mandatory for such workers in order to ensure they do not pose a threat to the local population in the current coronavirus climate.

The Australian government has indicated that the seasonal worker pilot program has been opened to citizens of Vanuatu initially, but will potentially be expanded to other nations later.

So how are farmers in other states faring with labour shortages? Do they fear losses if this scheme is not extended to them?

These farmers concur that because local Australian workers are not very keen to do the hard yards in farms, the need for seasonal farmworkers is a pan-Australia concern, thus reinforcing the need for extending the program to other states as well.

Charnamat Singh, a farmer based in Kinglake, Victoria owns a 150-acre farmland holding on which he grows broccoli, zucchini and raspberry. 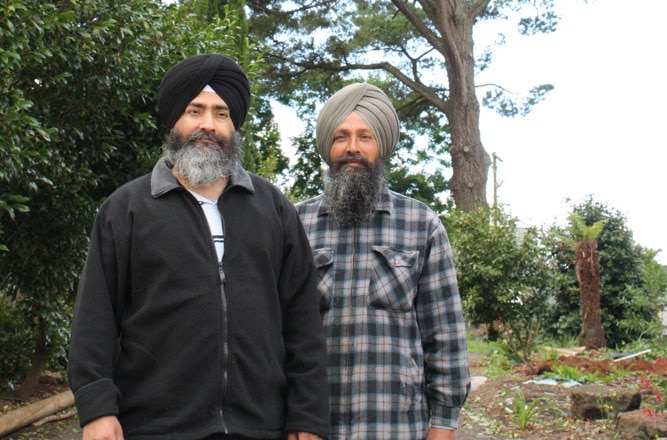 “Our business is seasonal in nature. We employ a steady stream of working holidaymakers and seasonal employees from overseas. We train them, they work for three months at our farm and then leave because their motive is to travel across Australia and also make some money along the way,” he says.

Adding that this increases the cost of training markedly, Mr Singh explains, “It’ll be better for farmers like us if the government starts a seasonal work visa instead of giving working holidaymaker visa.”

“The challenge across Australia’s agri-businesses, whether they are shearing contractors who shear sheep, wheat farmers or vegetable and fruit farmers, is that they can’t have too many permanent employees because of the seasonal nature of the industry,” he laments.

In Far North Queensland’s Innisfail, Paramdeep Singh Randhawa owns and runs a large banana farm with his brother. He is beginning to show concern as winter turns into spring and his crop from green to yellow.

“Bananas are in season nearly all through the year. We are already beginning to feel overworked. So if we don’t get seasonal workers in the peak season, we are looking at big losses,” says Mr Randhawa.

His farm, Far North Bananas is spread over 130 acres, and yields around 60 pallets of Cavendish bananas a week.

“With this magnitude of production, any number of workers is insufficient. We need the SWP in Queensland without further delay. I’m more than happy to bear the cost of quarantine for overseas farmworkers,” Mr Randhawa adds.

If his crop is not harvested in time this year, Mr Randhawa says a loss of up to 10 per cent can’t be ruled out.

Acting Minister for Immigration, Citizenship, Migrant Services and Multicultural Affairs Alan Tudge explained the safety of this program from the prism of COVID-19.

“With appropriate quarantine arrangements in place, seasonal and Pacific workers can continue to safely support Australian farmers facing critical workforce shortages. Of course, farmers can only employ people under the Seasonal Worker Programme and Pacific Labour Scheme if they can demonstrate that no Australian is available to do the work,” Mr Tudge said.

This winter’s abundant rain, says Amandeep Singh Sidhu, has been good enough to water away the drought in Australia over the past few years.

The berry farmer, who owns the 220-acre Singh Farms Australia in Coffs Harbour in New South Wales, is expecting a bumper crop this year.

“We grow raspberries, blueberries, blackberries and avocados. These delicate and highly perishable fruits are beginning to ripen now and will be ready for picking in a month’s time. The SWP will help us reap the benefits of our hard work,” Mr Sidhu says.

He is particularly concerned about the labour shortage in New South Wales and Victoria because of the spread of the coronavirus, just as the states were beginning to recover from unprecedented bushfires.

“Workers don’t want to go to these states because of health reasons. But if our crops are not harvested in time, both states can suffer losses up to $1 billion. The government and agriculture researchers must heed our concerns and provide a solution,” says Mr Sidhu, whose family has been growing berries for decades across large swathes of Coffs Harbour.

Listen to this podcast in Punjabi by clicking on the audio link in the picture at the top of the page.

People in Australia must stay at least 1.5 metres away from others. Check your state’s restrictions on gathering limits.
If you are experiencing cold or flu symptoms, stay home and arrange a test by calling your doctor or contact the Coronavirus Health Information Hotline on 1800 020 080. News and information is available in 63 languages at sbs.com.au/coronavirus Government in 'advanced negotiations' to produce COVID vaccine in Australia The blood and tears of 1947: An eyewitness account of Partition horrors 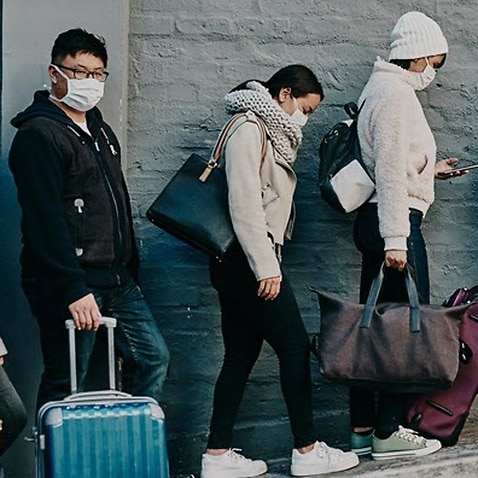