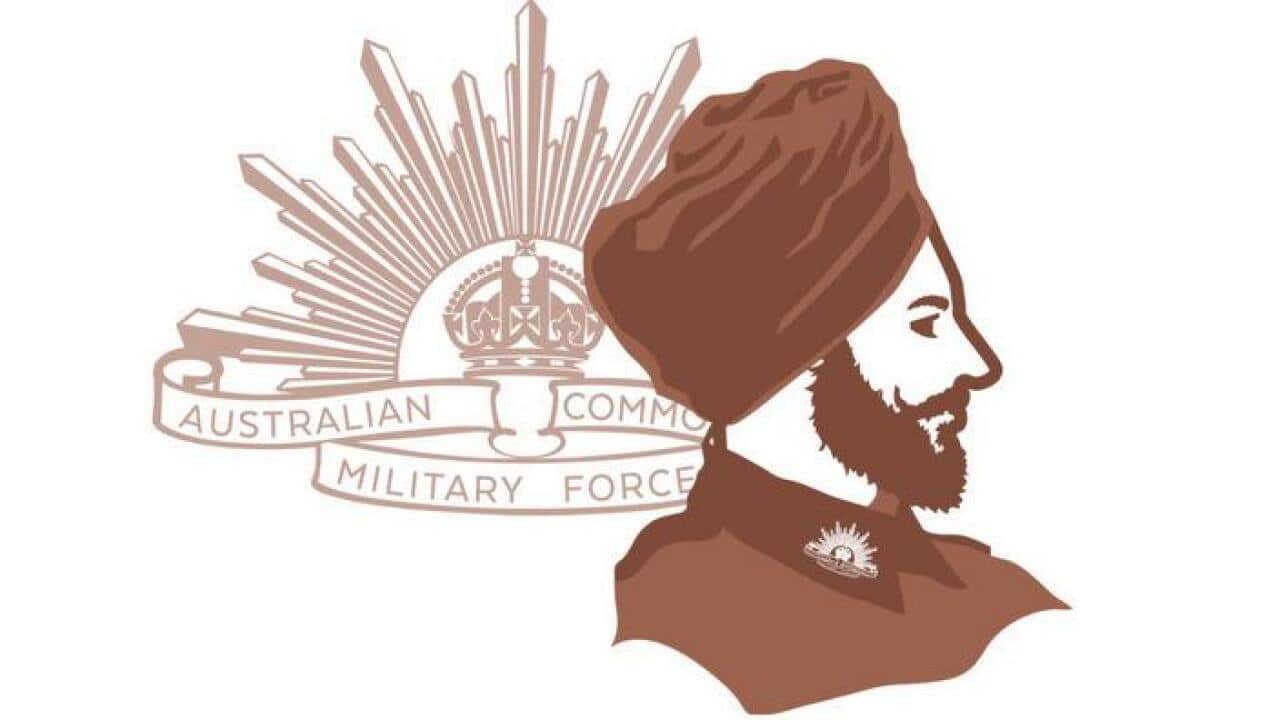 Private Sarn Singh was a Sikh Anzac who was decorated with British War Medal and Victory Medal during First World War (WW-1). His name is inscribed at Menin Gate in Ypres, Belgium. Preetinder Singh Grewal reports...

Published 26 October 2016 at 9:21pm
By Preetinder Grewal
Source: SBS
The Sikh Anzac, Private Sarn Singh of the 43rd Australian Infantry Battalion, was killed in action on June 10, 1917, during the allied attacks on Messines Ridge in Belgium.

Sarn Singh has no known grave.  He is commemorated on the Menin Gate Memorial at Ypres, Flanders district in Belgium, which was the site of some of the war’s heaviest fighting.

Inside the Menin Gate Memorial arch, on tablets of Portland stone, are inscribed the names of 56,000 men, including 6,178 Australians, who served in the Ypres campaign and who have no known grave.

“We are searching for more information about Private Sarn Singh. We will be hosting an event in June next year (2017) in Adelaide to mark the centenary,” said Tarunpreet Singh from Australian Sikh Heritage (ASHA).

Sarn Singh's name is also located at panel 137 in the Commemorative Area at the Australian War Memorial, Canberra.

He was awarded British War Medal and Victory Medal for his contribution in WW-1 (1914-1917). The posthumous awards were given to his widow in 1922.

About 1.2 million Indians volunteered to fight for the British Indian Army in World War I, making them the largest volunteer army in the Great War.

To know more about Private Sarn Singh, you may explore this weblink http://www.australiansikhheritage.com/private-sarn-singh/