There are calls for more police data and accountability to monitor how authorities are enforcing the coronavirus restrictions in Australia. 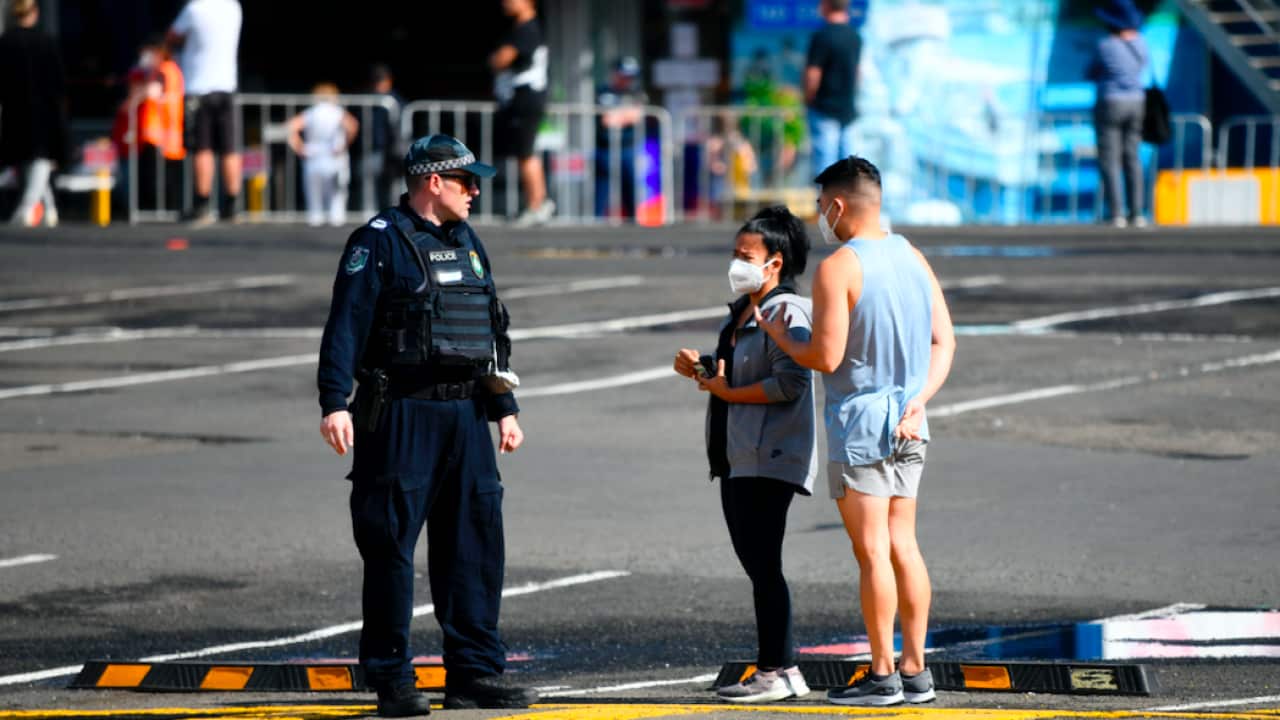 NSW police are seen on patrol as social distancing measures are put in place for Easter Long Weekend trading at the Sydney Fish Market Source: AAP

Legal advocates and researchers have urged police to issue more police data and provide clearer guidelines on how fines are being issued for the breach of coronavirus-related public health regulations in each state and territory.

The call comes amid concerns that culturally diverse and low socio-economic groups are bearing the brunt of the police actions.

The Executive Officer of Melbourne’s Flemington-Kensington Legal Community Centre, Anthony Kelly, said while there isn’t enough public released data to determine whether or not COVID-19 policing has been discriminatory, from anecdotal reports they have deep concerns.

Advertisement
"In certain areas of Melbourne there are more police, more intense levels of police, and those areas are more likely to have more intense COVID-19 public health restriction policing by itself," he told SBS News.

"There are a higher proportion in areas with high migrant backgrounds," he added.

Victoria Police does not release data on the number of COVID-19-related infringements issued in each suburb or local government area.

Mr Kelly said data needs to be released to the public and given to a police oversight body to ensure the lockdown is being policed fairly.

"That’s the only way we are going to get a really clear picture of whether policing under these extreme circumstances and extraordinary powers is fair and reasonable and not discriminatory," he said.

In New South Wales, police on Friday released a limited set of data showing the number of public infringement notices issued in each local government area of the state.

The data drew swift backlash online as some pointed out that the number of fines issued for breaching COVID-19 restrictions were higher in more marginalised communities in west and southwestern Sydney.

These are areas which also have a higher proportion of culturally and linguistically diverse residents.

Police accountability solicitor Samantha Lee from the Redfern Legal Centre said it appeared that police were targeting specific groups such as Aboriginal and Torres Strait Islanders as well as Muslim and African migrants - and giving warnings only to other groups.

"There seems to be an indication that people that are low socio-economic background seem to be targeted. Those that are already being policed, are being policed more when it comes to these public health matters," she said.

NSW Police did not respond to SBS News’ questions about whether their policing was targeting specific groups within the community. But said in a statement that anyone issued with an infringement notice had the right to appeal.

Legal centres say police powers during the lockdown are too discretionary. Source: AAP

"In certain circumstances, officers will still use discretion, however the expectation on all police officers across the state is that restrictions are enforced when there are blatant breaches of the Chief Health Officer's directives," police spokesperson said.

"On occasion, errors will be made however that is why a review process exists to ensure instances such as these are identified and rectified," they added.

Tamar Hopkins, a PhD researcher in racial profiling, said it was ironic that those most responsible for spreading COVID-19 were not those being most policed.

"Infections are from the elite, the wealthy who have been able to travel overseas, yet the police enforcement is going to be on the most vulnerable in our society, the most already targeted," she said.

"It is extremely broad and leaves a lot of discretion to the police, which is a recipe for disaster in terms of who gets policed and the discriminatory nature of that policing," she added.