Newly appointed Foreign Minister Penny Wong says Australia wants to regain its position as "the partner of choice in the Pacific", as China reportedly moves to seek its own region-wide deal to increase its influence. 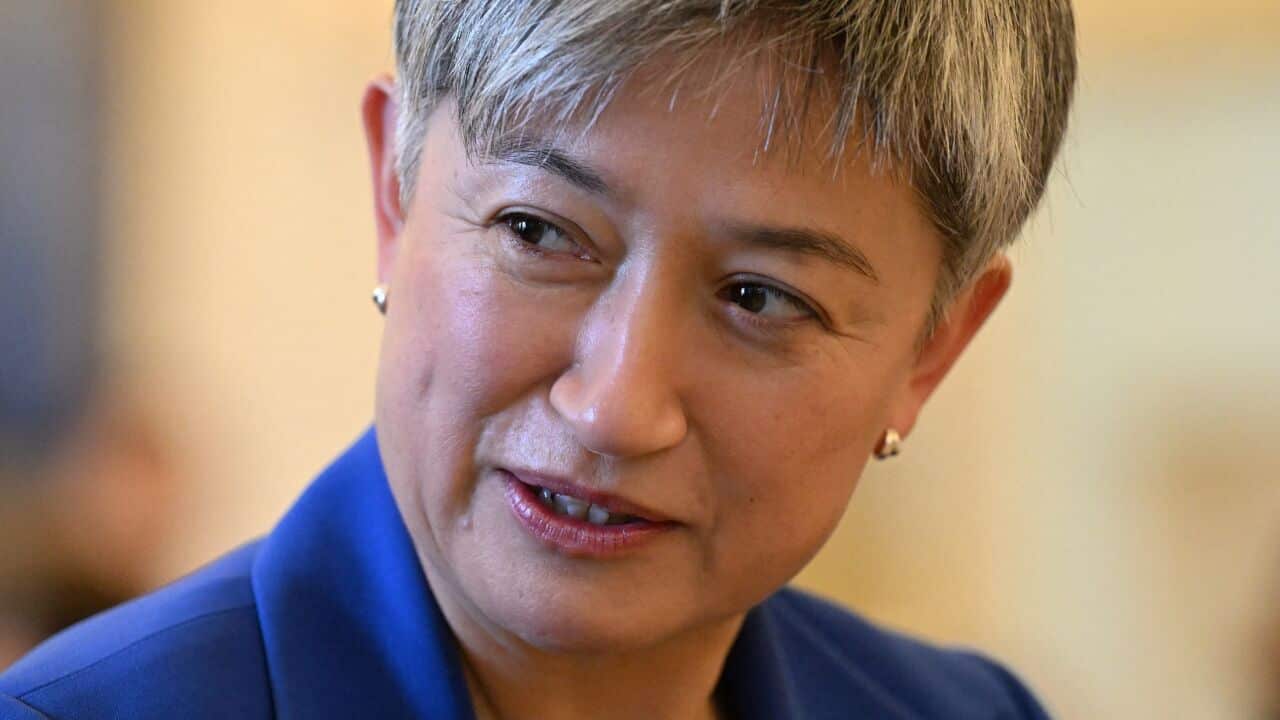 Australia's new Foreign Minister Penny Wong will step off a flight from Tokyo following Quadrilateral Security Dialogue (Quad) talks and almost immediately board another plane to Fiji, underscoring Labor’s diplomatic efforts to shore up relationships in the Pacific.

The security pact
Beijing signed with Solomon Islands
was one of the key issues discussed during Prime Minister Anthony Albanese’s meetings with Quad leaders of the United States, Japan and India.

During the flight from Japan back to Australia, Senator Wong revealed the depth of her concern about China’s aggressive moves to make security connections with Pacific countries.

Advertisement
“After a lost decade, we’ve got a lot of work to do to regain Australia’s position as the partner of choice in the Pacific, in a region that’s less secure and more contested,” Senator Wong said.

“That work starts now.”
READ MORE
Anthony Albanese says Quad will work more closely with Indo-Pacific to counter China's influence
Chinese Foreign Minister Wang Yi is making his own Pacific trip, starting in Solomon Islands on Thursday and travelling to a number of nations in the region.

The other seven countries are Kiribati, Samoa, Fiji, Tonga, Vanuatu, Papua New Guinea and Timor-Leste, according to the foreign ministry.

It comes as documents seen by news agency Reuters show that China will seek a region-wide deal with almost a dozen Pacific islands covering policing, security and data communications cooperation when Mr Wang hosts a meeting in Fiji next week.

A draft communique and five-year action plan sent by Beijing to 10 Pacific islands ahead of a foreign ministers meeting on 30 May has prompted pushback from at least one of the invited nations, which says it showed China's intent to control the region and "threatens regional stability".

In a letter to 21 Pacific leaders seen by Reuters, Federated States of Micronesia President David Panuelo said his nation would argue the "pre-determined joint communique" should be rejected, because he fears it could spark a new Cold War between China and the West.

China's foreign ministry did not respond to a request for comment about the document, according to Reuters.
READ MORE
Voted in, sworn in, and on a plane: Anthony Albanese’s international victory lap
A region-wide agreement covering security and trade between China and Pacific islands would represent a shift in Beijing's focus from bilateral relationships to dealing with the Pacific on a multilateral basis, and would likely increase concerns by Washington and its allies.

The China-Pacific Island Countries Common Development Vision draft document, as well as a five-year action plan, has been circulated by Beijing ahead of the meeting in Fiji.

It states China and the Pacific islands will "strengthen exchanges and cooperation in the fields of traditional and non traditional security".

"China will hold intermediate and high-level police training for Pacific Island Countries through bilateral and multilateral means," the document seen by Reuters says.

The action plan outlines a ministerial dialogue on law enforcement capacity and police cooperation to be held in 2022, and China providing forensic police laboratories.

The communique also proposes a China-Pacific Islands Free Trade Area, and support for action on climate change and health.

In a statement, Senator Wong later responded to the Reuters report.

"China has made its intentions clear," she said.