Peter Dutton is facing mounting pressure to explain why he used his power as immigration minister to save multiple au pairs from deportation in 2015. 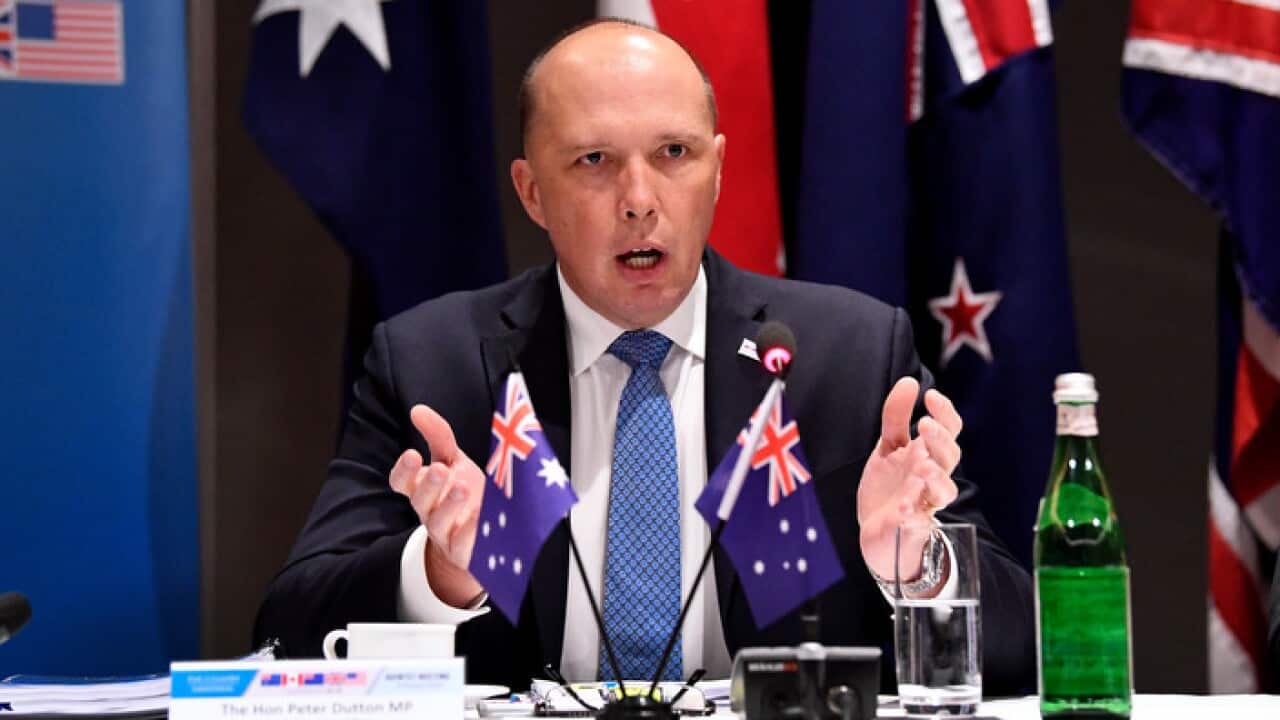 Peter Dutton has denied any wrongdoing over his decision to intervene in the visa of an au pair Source: AAP

One of the two au pairs Home Affairs minister Peter Dutton spared from deportation in 2015 was coming to Australia to work for a couple that was known to the minister from his time as a Queensland police officer, leaked emails reveal.

New details are emerging about two cases in which Mr Dutton used his ministerial powers to stop the Border Force deporting young women suspected of planning to work in Australia despite holding tourist visas.

Departmental emails were leaked to Labor senator Kimberley Kitching, who sits on a
Senate committee that will soon investigate
the two interventions.

Advertisement
The latest revelations relate to a young Italian woman who had her visa cancelled when she arrived at Brisbane’s international airport in June 2015.

She was allowed to make a phone call and was later granted a visa after an intervention from Mr Dutton.

Italian woman Michela Marchisio was allowed to stay in Australia after the minister intervened. Source: Facebook

The request for her release came from a man who was known to Mr Dutton from their time together in the Queensland Police Service, where Mr Dutton worked in the 1990s before he entered politics.

The policeman told Guardian Australia he was “not confirming, not denying” the story. “Talk to Peter Dutton’s office,” he said.

The details about the Italian case come just days after leaked emails revealed Mr Dutton defied advice from the Border Force in a separate case involving a French au pair.

Border officials warned the 27-year-old, who was detained at Adelaide airport, had admitted she was planning to work in breach of her tourist visa.

She was planning to babysit for pastoralist Callum MacLachlan.

Mr MacLachlan raised the issue with his second-cousin Gillon McLachlan, who is the chief executive of the AFL, who then lobbied Mr Dutton’s office to secure the young woman’s release.

The AFL boss broke his silence on Friday, insisting his only role in the incident was forwarding onto the then-immigration minister's office an email from his cousin.

"All I was doing was actually trying to help facilitate the contact, not make a representation," he told 3AW radio.

"I feel it was reasonable to have done so, others can make their assessments."

Callum’s father is also a significant donor to the Liberal party.

The minister used his discretionary powers to grant her a three-month tourist visa, on the condition she did not work, saying he used a common sense approach.

Mr Dutton insists he judged the case purely on its merits.

“I looked at it and thought it's a bit rough, there's no criminal history, she's agreed that she wouldn't work while she was here,” he told 2GB radio on Thursday, speaking about the French case.
Au pair Alexandra Deuwel was initially refused a tourist visa over concerns she planned to work. Source: Facebook

He claimed "enemies in the media" were dredging up the case to "get square" for his role in the leadership battle last week.

It is not clear who is responsible for the leaked emails, which are shedding new light on cases Mr Dutton’s department previously
spent $10,000 trying to keep secret
in a Freedom of Information dispute with a journalist.

There is no suggestion either of the families involved did anything wrong by asking for ministerial intervention, which is relatively common. SBS News has previously reported on a
young disabled migrant
who was allowed to stay after a ministerial intervention.
Peter Dutton has denied any wrongdoing over his decision to intervene in the visa of an au pair. Source: AAP

Mr Dutton, too, has strong powers to intervene in visa cases under the Migration Act and there is no suggestion he acted outside the rules.

In a statement, Mr Dutton said he made “decisions on the merit of individual cases according to the law”.

“In hundreds of cases each year the Immigration minister (including every Labor and Liberal minister before me) considers cases where a visa has been cancelled or a negative decision is handed down by the department.”