A Malaysian artist, charged in his homeland for portraying Prime Minister Najib Razak as a clown, has arrived in Australia to motivate his countrymen to campaign for greater freedom of expression. 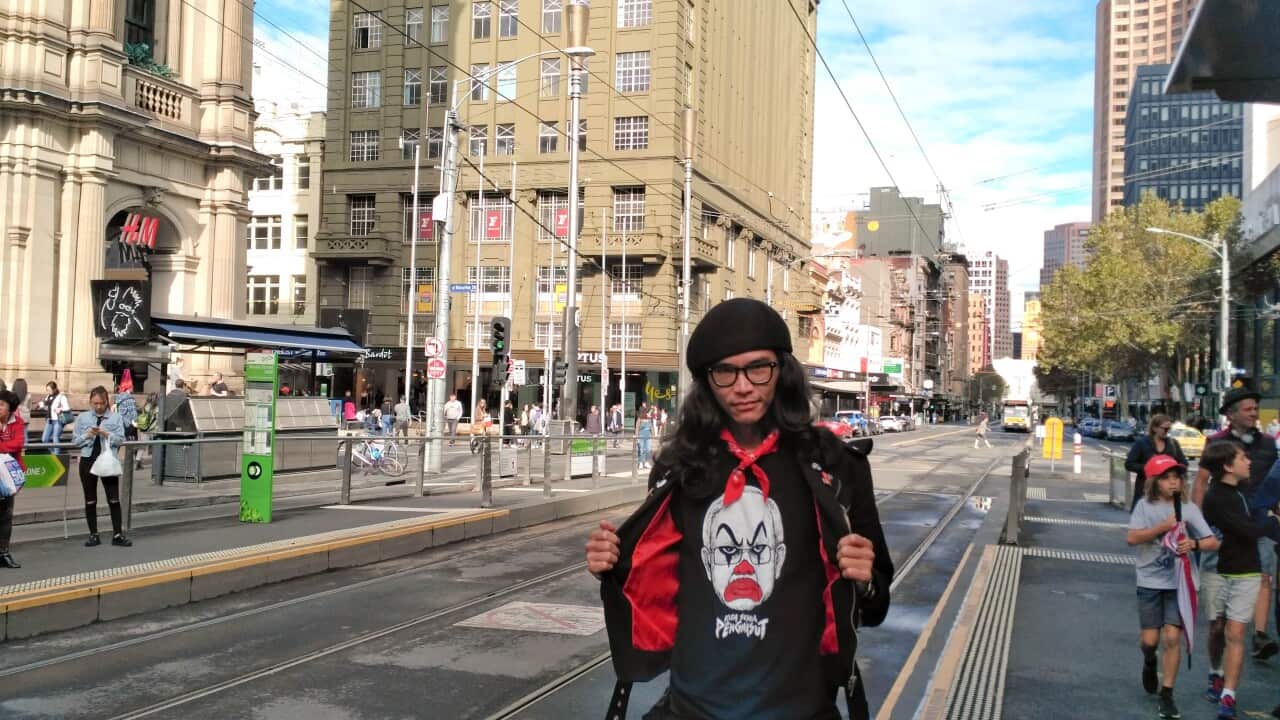 Fahmi Reza visits Melbourne to talk to Malaysian nationals about the importance of freedom of speech in their country. Source: Fahmi Reza

Malaysian graphic designer Fahmi Reza, 38, is using a visit to Australia to draw attention to his court battle with his country's government, and encourage nationals of his homeland to campaign harder for free speech.

He said he was invited by social justice campaign group
Saya Anak Bangsa Malaysia
('My race is Malaysian').

Advertisement
"The government is good at abusing different laws and using it against their critics to silence [them]," Mr Fahmi told SBS News.

However he said the government should be held accountable.

"We need to continue and never stop pushing," he said.

"Our government officers - who pays their salary? It comes from taxpayers' money, our own money.

"And they are there to represent the people. As representatives they should accept different forms of feedback and criticism from people they supposedly represent.

"That's what I'm doing with my art, trying to use my art as a weapon to push for change in Malaysia."

Mr Fahmi was charged in January 2016 under Section 233(1) of the country's 1998 Communications and Multimedia Act for posting a drawing of Prime Minister Najib as a clown on Twitter.

"Even graphic designers like me have also been charged and have gone to trial for criticising the government and Najib using design and graphics," Fahmi, whose travel ban was lifted in January, said.

The image referenced the Malaysian government investment fund 1Malaysia Development Berhad (1MDB) scandal, which involved the misappropriation of nearly A$2 billion after the fund sold nearly $4 billion in bonds with the support of an Abu Dhabi government fund, the International Petroleum Investment Company, to buy power plants.

The Malaysian PM was suspected to have siphoned $977 million of the $2 billion from 1MDB into his personal account, but claimed the millions were a donation from Saudi Arabia.

Mr Najib said the case, now part of an international investigation, was "unfortunately" political and instigated "by certain enemies" within the opposition party.

"They are uneasy with my leadership, so they have to look for issues," he said at the time.

However, this week the Abu Dhabi fund
announced
Malaysia had agreed to pay $1.6 billion to it by the end of the year "
in respect to the arbitration proceedings at the London Court of International Arbitration
".

Mr Fahmi said he depicted Mr Najib as a clown "to show how absurd the whole scandal is".

"And the whole scandal, it made news all over the world, it turned the country into a joke," he added.

Mr Fahmi was charged again that year for another depiction of Mr Najib as a clown - this time under the Sedition Act.

Political cartoonist Zulkiflee Sm Anwar Ulhaque, better known as 'Zunar', is facing nine charges under the act over tweets he posted following a Federal Court ruling in February 2015, which upheld the conviction of former opposition leader Anwar Ibrahim for "sodomy".

Mr Fahmi said: "In a country full of corruption, we are all seditious. [How can the] government [call] all their critics seditious…when the government is so corrupt."

Why come to Australia?

Mr Fahmi said he wanted to share his experience in Australia to encourage Malaysians here to join the social movement against the government using punitive measures to silence people.

"By sharing what I do back home and the kind of activism that I do, I hope can inspire some of them to also contribute to create a change back home," he said.

He said even from Australia they could contribute, using the internet including social media.

If he is found guilty, he faces two years in prison or a fine.