While housing groups agree more homes need to be built to drive down prices, they are split over negative gearing. 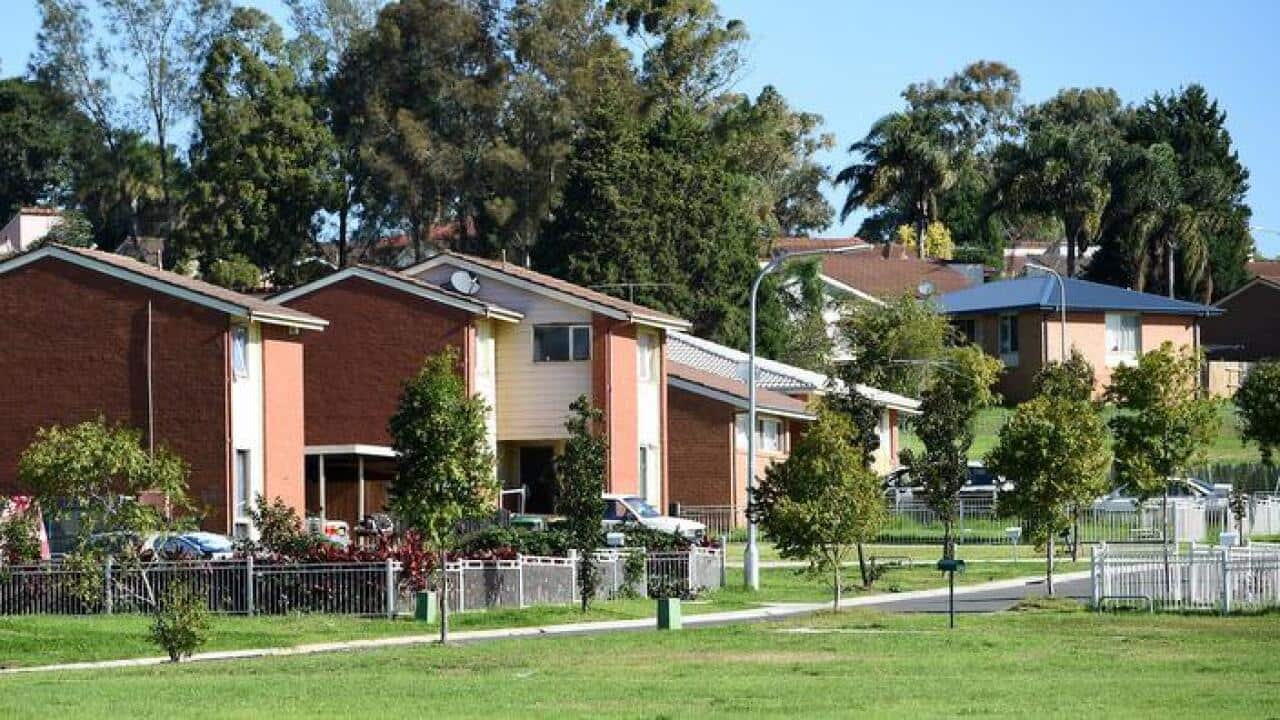 The Property Council of Australia has released a 10-point
'Fixing Housing Affordability' plan
that proposes increasing the supply of homes, lowering housing production costs and phasing out stamp duty.

Advertisement
"It is very difficult for people on modest incomes to get into the housing market for the first time in our big cities,” Mr Morrison told SBS News.

“It's tricky, because there's a whole bunch of detailed policy that needs to happen at a state level and a local government level, and we do see a role for federal leadership."

The Australian Council of Social Service has released its own
six-point plan
, prioritising low to moderate earners.

“We've got to set very clear targets and make sure that the income levels are factored into the financing arrangements."

The future of negative gearing?

But a key point of contention between the two groups is whether negative gearing should stay or go. Dr Goldie believes the system must be phased out.

"Having a very careful transitioning away from tax concessions that benefit private property speculators, property investors that are looking for short-term capital growth," she said.

The Property Council disagrees, and argues negative gearing should not be changed, as does the Housing Industry Association's Graham Wolfe.

"The negative gearing helps investors come to the market, purchase off the plan, helps drive the construction and brings more supply into the marketplace,” Mr Wolfe told SBS News.

“All three levels of government are aware of the role that they play. What we do need, however, is those three levels to sit down constructively, in a coordinated way, to understand their roles."

All the housing groups do agree that, in Australia's major cities, supply is a big problem. Mr Morrison says there simply are not enough homes for prospective owners, meaning there is little competition, or need to bring down prices.

"Fundamentally, we need policies which are targeting that supply, reducing the cost of new housing construction, ensure that we've got more housing coming through and that the housing-construction cycle that we're in lasts longer," he said.

It's 'tough' out there

For many Australians, buying a home is not just tough, it is near impossible. Some parents have had to step in so their children can break into the market.

That includes Sydney couple Li Ping Yim and her husband Di Lin Zheng, who moved to Australia from China 19 years ago.

"For us, it's okay. For the kids it's very, very expensive,” Mrs Li told SBS News after inspecting a home on Sydney’s north shore.

“We help the kids. If all the kids, by themselves, buy the houses it's very hard."

But real estate agent Jimmy Psaltis said he is optimistic about the housing issue.

"It's tough, it's tough, but there's still a lot (of homes). As long as you're not too fussy, you'll find something,” he said.

“There are houses that are affordable. It's just a matter of what you can afford and not so much where you want to live."

OPINION
Comment: Think of the children - why the housing market has to change

Mr Wolfe believes that addressing the lack of housing, though, would go a long way to easing the burden on buyers.

"Our population is growing. We need to be building more homes,” he said.

“Now, in Sydney, where the population growth over the last three years has been a quarter of a million extra people, we need homes for those people to live in.

“Housing affordability is a national issue for us, something that needs to be resolved and something that's going to take all three levels of government to address."

THE FEED: Could Tamworth be the solution to housing affordability?