From Turkey to Ivory Coast, acts of terror have caused deep despair and devastation around the world in 2016. 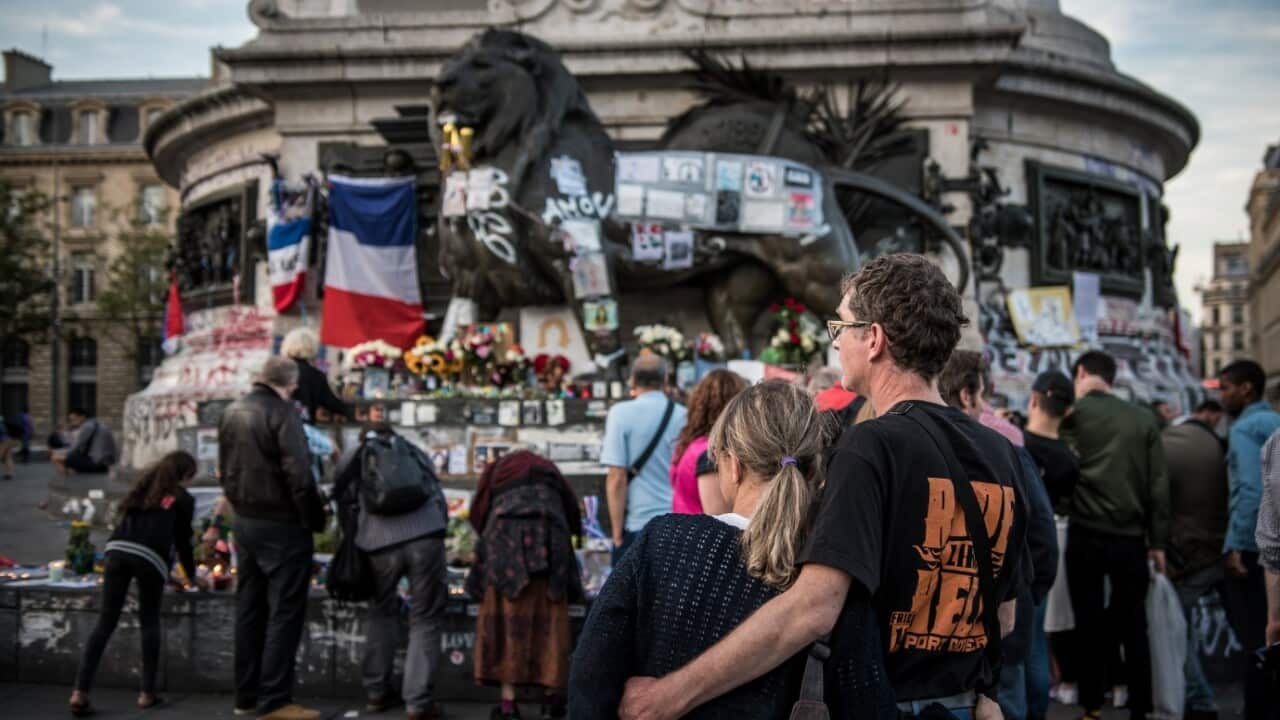 People pay tribute to the victims of the truck attack in Nice at the makeshift memorial site on Place de la Republique after the Paris attacks, in Paris Source: AAP

From Africa to Asia, across the Middle East and to Europe and North America - terrorist acts have caused devastation and grief in 2016.

Just 12 days into the year, a suspected Islamic State suicide bomber, who was thought to have crossed from Syria, killed at least 10 people, most of them German tourists, in Istanbul.

Turkey become a target for IS, with two bombings in 2015 blamed on the group.

Advertisement
Three days later, in Burkina Faso, at least 28 people from 18 different nationalities died and others were taken hostage when Islamist gunmen stormed the Splendid Hotel in the capital, Ouagadougou.

That attack was claimed by al-Qaeda in the Islamic Maghreb.

Burkinabe security forces began an assault to reclaim the hotel in the early hours of January 16 and entered the lobby, part of which was on fire, and freed around 30 hostages, including the labour minister.

On March 13, a car bomb tore through a transport hub in the Turkish capital, Ankara, killing 37 people and wounding at least 125 more.

The Kurdistan Freedom Hawks, linked to PKK militants, who have waged a three-decade insurgency against Turkey, said they carried out the bombing and vowed further strikes to avenge military operations in the largely Kurdish southeast.

That same day, gunmen from al-Qaeda in the Islamic Maghreb drank beer at a beachside bar before shooting 18 people dead at an Ivory Coast resort town of Grand Bassam.

Nine days later in the Belgian capital, suicide bombers struck Brussels Airport in the first of two attacks that also hit the city's metro train, killing at least 35 and wounding more than 300.

The attacks triggered security alerts across western Europe and bringing some cross-border transport to a halt.

Journalist Teresa Küchler had just checked in to her flight when the blasts went off.

She described being 100m away and quickly hiding behind a counter.

"Oh god it felt like hours. I don't know, five, six minutes or so," she said.

"There was just one woman hiding there already and she was just silently crying, sitting next to me, and that was really, really chilling because she wasn't even in panic.

"She was kind of almost already in grief of, you know, things were going to end. It was a total resignation or something, and that really freaked me out more than if she had been you know crying or screaming loudly."

On March 27 in Pakistan, a suicide bomber killed at least 65 people, mostly women and children, at a park in Lahore, in an attack claimed by a Pakistani Taliban faction.

Officials said more than 300 other people were wounded in the attack.

In June, in Turkey, a car bomb ripped through a police bus in central Istanbul during the morning rush hour on the 7th, killing 11 people and wounding 36.

The explosion happened near the main tourist district, a major university and the mayor's office.

On June 12, a man armed with an assault rifle killed 50 people at a packed gay nightclub in Orlando, Florida in the worst mass shooting in United States history.

US President Barack Obama described it as an act of terror and hate.

"Although it's still early in the investigation, we know enough to say that this was an act of terror and an act of hate," he said.

"And as Americans, we are united in grief, in outrage, and in resolve to defend our people."

Police killed the shooter, who was identified as 29-year-old Omar Mateen.

Officials said he called 911 on the morning of the attack and declared he supported IS.

In July, IS claimed responsibility for another attack, this time in Iraq's capital.

At least 300 people were killed and 200 injured in two bombings that hit Baghdad, nearly all of them in a blast targeting a busy shopping area as locals celebrated Ramadan.

Ten days later, a man killed 84 people and wounded scores when he drove a heavy truck at high speed into a crowd that had watched Bastille Day fireworks in the French Riviera city of Nice.

IS has claimed the Nice attack but authorities said they had yet to find evidence there were any actual links to the militant group.

French President Francois Hollande described the attack as a monstrosity.

"This terrorist attack is once again a very violent act, an absolutely violent act. And it is quite clear that we must do everything to fight against the scourge of terrorism. The driver has been shot down," he said.

"We don't know at this moment whether he had accomplices."

And 11 people were wounded in the US in November, in a car and knife attack at Ohio State University.

It was claimed by IS, which called attacker Abdul Razak Ali Artan one of its "soldiers".

On the same day in December, the 19th, Russia's ambassador to Turkey was shot dead while at an opening of a photographic exhibition and a truck drove into a crowd gathered at a Christmas market in Berlin.

Twelve people were killed and 48 injured in the attack claimed by IS.

The driver, identified as Anis Amri, fled to Milan where he was shot by police days after the attack on the market.