A new project is collecting accounts of Australians' encounters with police since lockdown measures were toughened.

COVID Policing, an online portal established by a collection of advocacy groups including Amnesty Australia, the Grata Fund and the Police Accountability Project, has been collecting complaints from Australians who feel they have been treated unfairly by the police. NSW Police officers ask a family to move on while on patrol at a Rushcutters Bay park in Sydney.
AAP

The website has received more than 60 reports concerning police behaviour since its launch last week.

An international student in Melbourne said he was exercising at a skate park when police issued him with a $1600 fine, telling him it was acceptable to skate on the street but not in the park.

"The police never explained to us what laws we broke, they just said all parks were closed, hence we were getting a fine for using the skatepark - we didn’t cause any trouble," the student wrote.

"As an international student, I’m scared of so many things - will they find me and lock me up, not being able to pay the fine, my visa getting cancelled - and my mental health is deteriorating since I am too scared to go out to exercise." 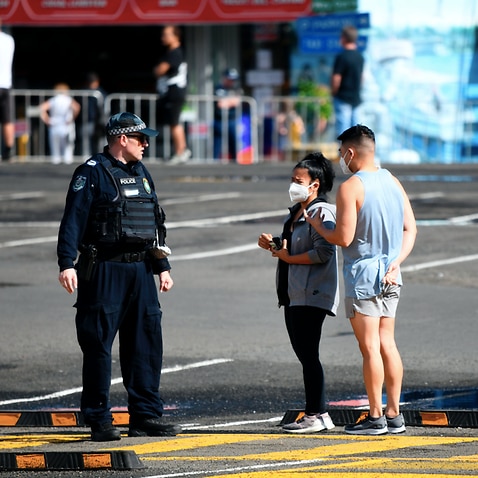 A Queensland woman also reported feeling unsafe when she was pulled over by a police officer who she said ignored social distancing protocols by leaning inside her car.

"His face and body were approximately 30 centimetres away from my face... his hands were also inside my vehicle, resting on my door trim," she wrote.

"I didn't feel safe to ask him to step back, as he was already condescending and not interested in anything I had to say, so I didn't want to further agitate him by asking him to stand back."

Have you been stopped by police about COVID-19 restrictions in Australia- let us know what happened. Your report will help create a national picture of how these extraordinary powers are being policed. #COVID19Aus #COVID19Aus #Corinnavirus pic.twitter.com/vM873RZKjZ

A Melbourne woman said she had also felt intimidated by police, who she said followed her with their car and questioned why she was outside - despite the fact she was obviously jogging in her exercise gear.

"I felt like I was doing something wrong and had to go back, I felt angry that they had targeted me," she wrote.

"I wondered if a white, caucasian woman would’ve been followed like this and questioned. I was alone with no one around, in broad daylight and not doing anything illegal."

'An extreme lack of clarity'

Tim O'Connor of Amnesty International Australia has been monitoring the complaints closely and is now building a base of evidence based on the public's reports. 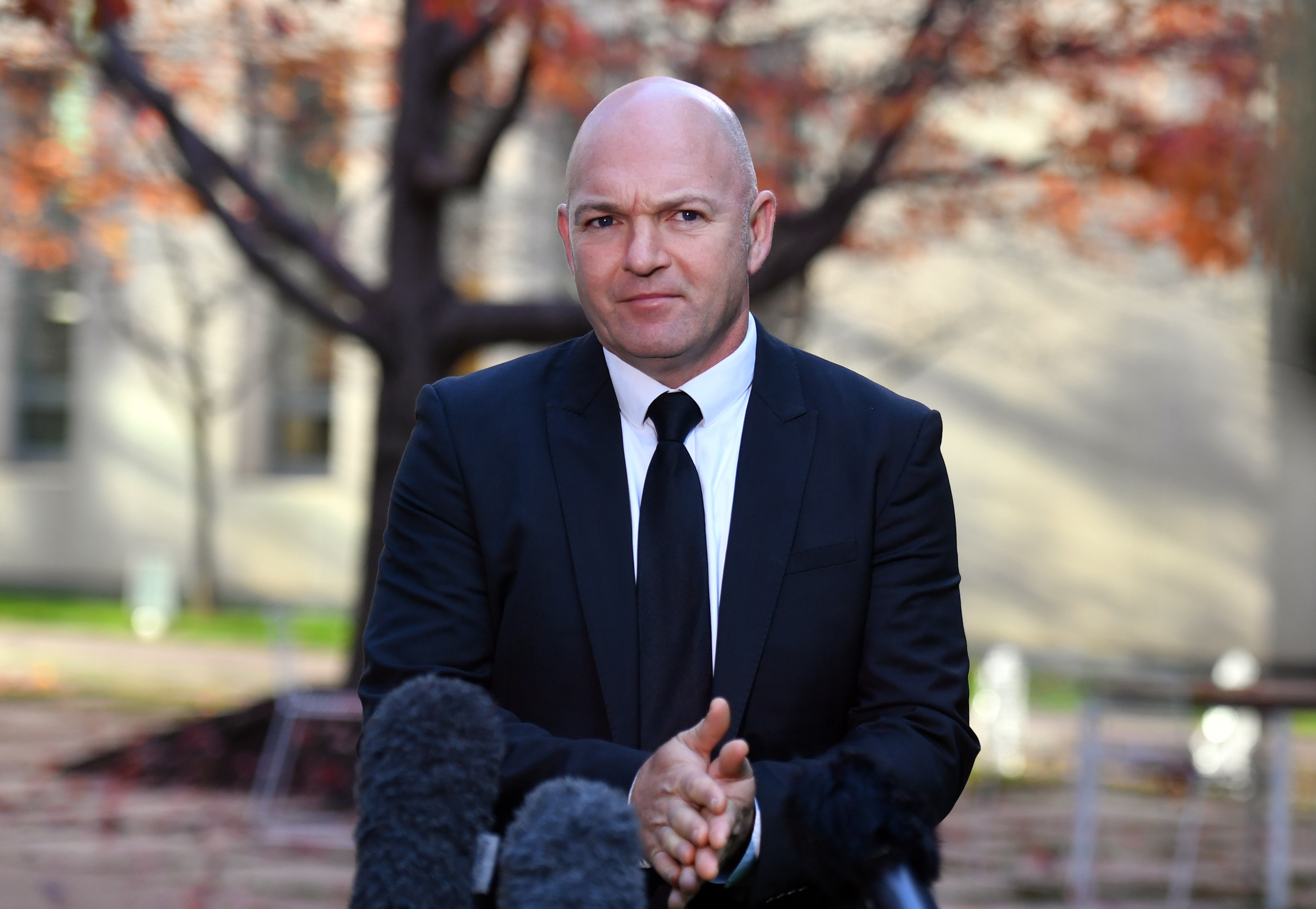 Tim O'Connor of Amnesty International Australia is calling on each police force to release a definitive list of coronavirus restrictions.
AAP

"We’re calling for some clear guidelines from the police, which, unfortunately, no force across the country has yet made public," he told SBS News.

The group is calling on each state to implement a 'sunset clause' on their coronavirus legislation, which would see restrictions automatically lifted once the pandemic is over.

Mr O'Connor said it was particularly concerning that many complaints had been suggestive of racial profiling, particularly against Indigenous Australians. 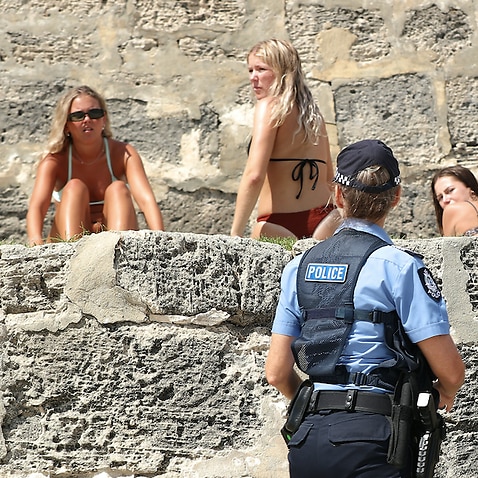 "We’ve been getting reports over the past 24 hours or so of police going around house to house in Tennant Creek in the Northern Territory, counting how many people are in the house and telling them to leave," he said.

"We’ve also had reports about the Australian Defence Force being mobilised in remote communities in the Northern Territory."

Also contributing to the project is the Grata Fund, a public interest litigation fund that advocates for Australians who could not otherwise afford the court process. 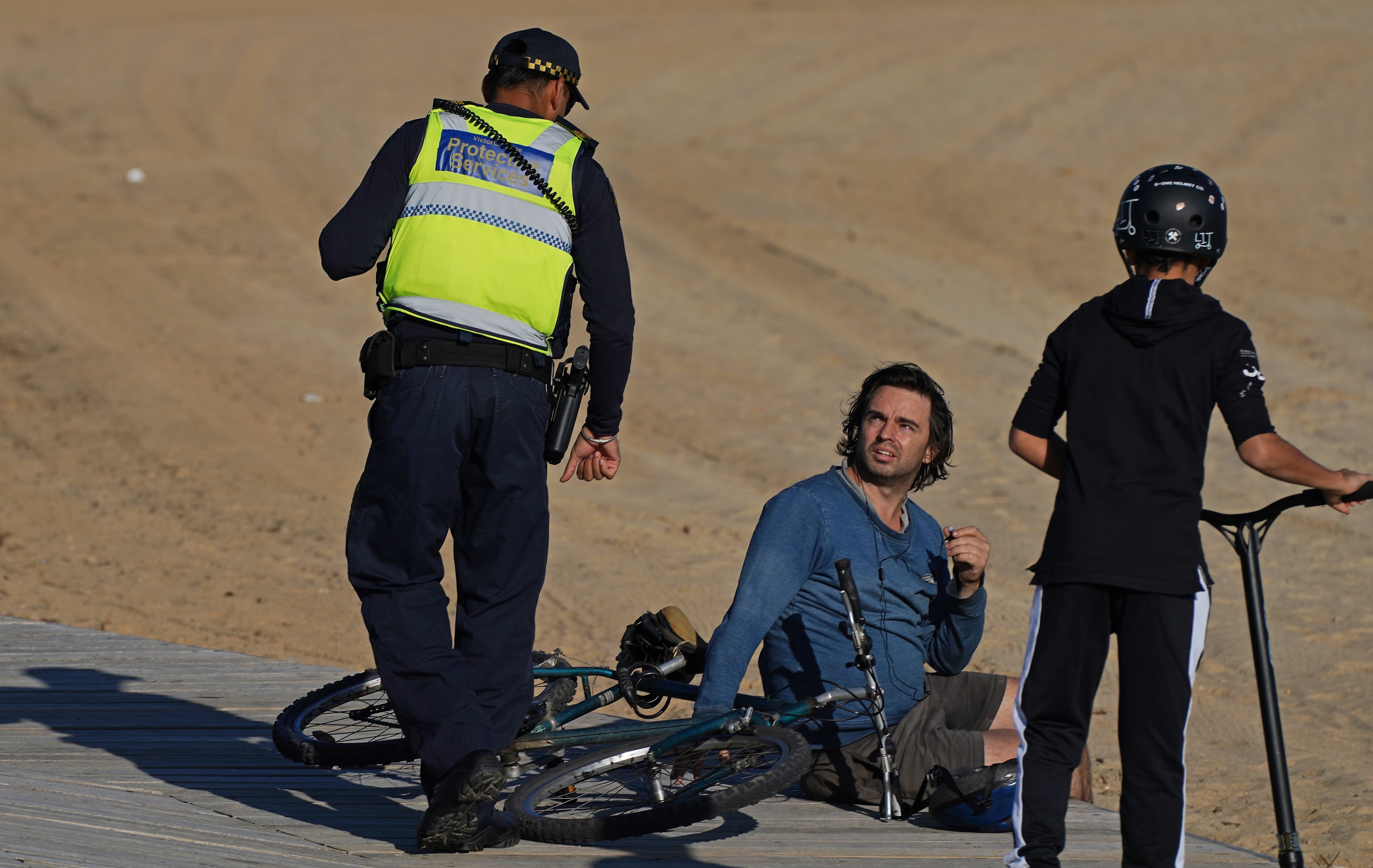 Victoria Police speak to a man at St Kilda beach in Melbourne.

The Grata Fund's Belinda Lowe has said many of the reports received so far could be characterised as "aggressive, interrogatory and forceful" on the part of the police.

"We have heard stories of people being pulled up for drawing rainbows on a footpath at the front of a house or sitting in a car to look at the beach and seen data that show communities of colour, in western Sydney for example, are being policed at much higher rates than communities that have higher rates of COVID-19," Ms Lowe told SBS News.

She called for dedicated third-party bodies to be established to monitor police activities for the remainder of the pandemic.

The enforcement of #Covid_19australia regulations needs to be proportionate and carried out with common sense. Read the latest reports of people being threatened with fines for exercising with elderly parents or stopping to greet a friend https://t.co/tvIXgMAMBY

"Governments should take steps to ensure there is transparency in the operations of police and fully functional independent investigative bodies should be set up or funded with proper power to investigate police complaints."

Queensland and Victoria's police departments have already announced they will regularly review all coronavirus fines issued.

Victoria's Depurty Commissioner Shane Patton said last week that police should use their discretion in enforcing the COVID-19 rules.

He said fines would be reviewed by senior police on a daily basis.

NSW Police Commissioner Mick Fuller advised people earlier this month that if they had doubts, to stay home.

"A good rule of thumb is that if you are questioning whether you should be doing something, it is best to give it a miss," he said.

He also said the majority of fines issued so far were to people who had already been warned about breaching the restrictions.