Despite health authorities urging Australians to carry on with their lives as normal after the outbreak of the coronavirus, businesses in Chinese-Australian communities in Melbourne have been feeling the pinch.

Restaurant owner Steven Zheng has seen a decline in business by more than 60 per cent over the past two weeks.

But now Mr Zheng has had to tell his casual staff to consider looking for work elsewhere as shoppers avoid the area due to fear over the novel coronavirus outbreak.

More than 600 people have so far died of the new virus - all but two of them in China - and more than 31,000 have been infected worldwide.

None of the 15 people found to have contracted the virus in Australia have died, but Mr Zheng said it’s rumours and misinformation about where and how the virus can be contracted that has pushed customers away from Chinese precincts, such as Box Hill.

“The last couple of weeks have been quite difficult. Box Hill used to be quite a vibrant place, but the issue with the coronavirus and the spread of rumours in the area in regards to people contracting it here ... has affected us dramatically,” he said.

“Staffing was an issue, people believed in the rumours and did not want to come to Box Hill. That includes spenders and also staff. So we had to close early on a few days.” 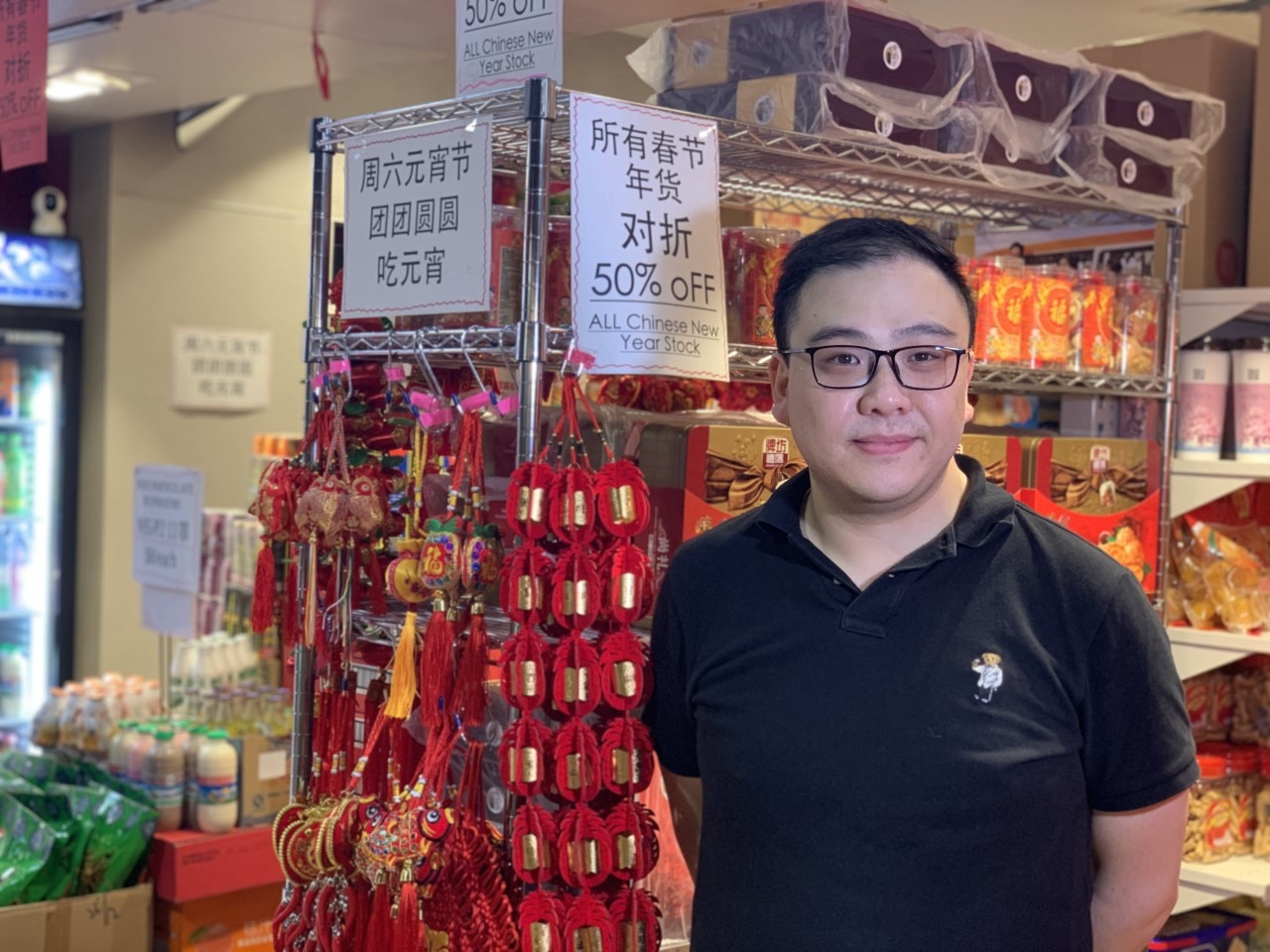 Richard Shi, another small business-owner in Box Hill, told SBS News business at his store, Sweet Kingdom, had also dropped by more than 40 per cent over the last two weeks, which translates into about $1,000 less per day.

“In the centre, you can see it’s basically empty when usually it’s chockers,” he said.

“There was a lot of people around, shopping, doing their business. But now if you look around there’s basically no one here.” 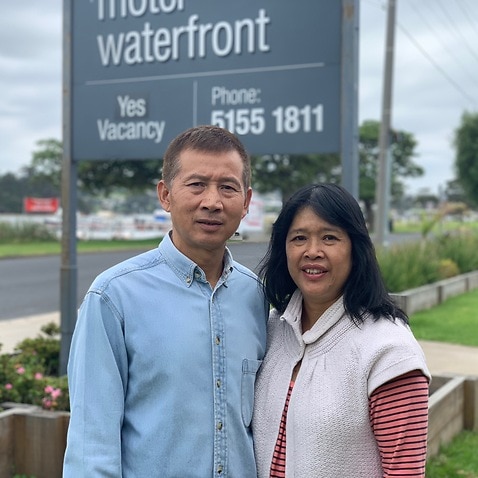 Mr Shi, who also blames “rumours” for the downturn in customers, said he was trying to avoid having to shut his doors early or cut staff but it was difficult.

“Everyone is doing it really, really hard,” he said.

“We need the support of our landlord, the local council, the government. Everyone has to work together on one goal, to bring it back to what it was.” 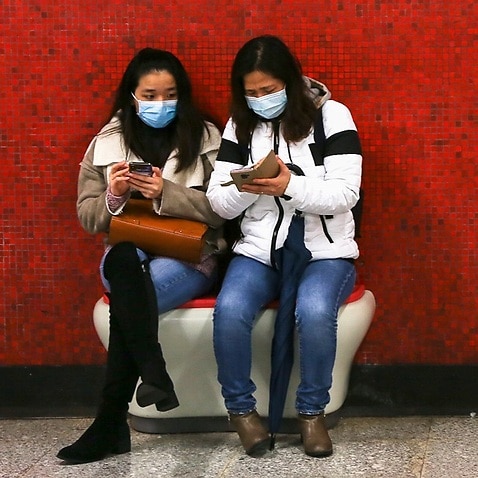 There have been no confirmed cases of the coronavirus in Box Hill, but last week the suburb’s biggest annual event, the Lunar New Year Festival, was abruptly cancelled “out of respect for the difficulties currently being experienced by many people.”

In Queensland, a fake Department of Health alert circulated on social media, warning people to stay away from "all populated areas with Chinese nationals of a ratio of one to three non-Chinese Australians".

Victoria’s Chief Health Officer Brett Sutton said people should go about their lives as normal - including dining and shopping in Chinese precincts. 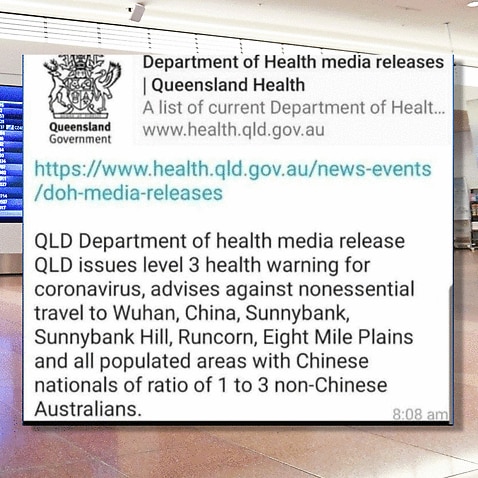 “When you are dealing with a new virus and information is limited, I think people go to all kinds of sources and we know social media can throw up a lot of misinformation,” he told SBS News.

“The reality is, we’ve only got four cases in Victoria and there is no real reason to be concerned about going into those areas … the risk isn’t there in the general community.”

“Box Hill has seen some terrible impacts of an economic nature. We know that a lot of community members are anxious,” Labor’s federal multicultural affairs spokesperson, Andrew Giles, said.

Member for Chisholm Gladys Liu, who was the first Chinese-born woman to be elected to federal parliament, also stopped by the food court to show her support.

“We have been communicating with the Chinese community, especially here in Box Hill, and also the Prime Minister has been sending regular WeChat [a Chinese social media platform] messages so that people know what’s been going on,” she said. 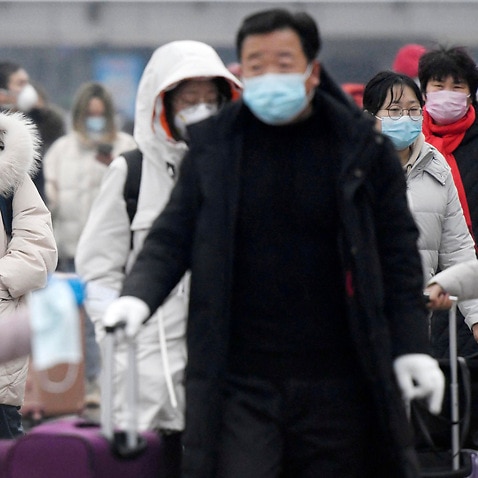 WHO warns against hoarding of masks amid the coronavirus outbreak

“People sometimes get a bit panicky when they see what is happening in China … but I can assure you, according to the Chief Health Officer, that we don’t need to panic.”

Despite the challenges ahead, Mr Zheng has chosen to see the silver lining in the situation.

“The food is just as good as before, but now it’s easier to get parking,” he said.