A ninth case of the coronavirus has been confirmed in Australia after officials revealed a second member of a Chinese tour group in Queensland had contracted the disease.

A second novel coronavirus case has been confirmed in Queensland, hours after a third case in Victoria was announced, bringing the national total to nine.

The most recent case has been identified as a 42-year-woman from the central Chinese city of Wuhan, the epicentre of the virus, Queensland's chief health officer Jeannette Young said on Thursday evening.

The 42-year-old was travelling in the same tour group as a 44-year-old man, also from Wuhan, who was confirmed to have contracted the virus on Tuesday.

"The woman is currently isolated in the Gold Coast University Hospital, and is stable," Dr Young said. Seven other members of the tour group remain in isolation and authorities are attempting to contact passengers who flew on Tiger Airways flight #TT566 from Melbourne to the Gold Coast on the 27 January.

While authorities attempt to reach other people on the flight who may have come into contact with the two Chinese tourists, Dr Young said there was a "low risk" other passengers would be affected. "The most important thing, I think, here is for people to understand that this is a respiratory virus. So it transmits through the air - no different to how flu does," she said.

"Therefore, the precautions to respond to it are exactly the same.

"Wash your hands, regularly ... to maintain a one-metre distance if there is someone there coughing or sneezing, and most important of all, and I believe people have been listening to this, if you're unwell, stay home."

Earlier on Thursday, health authorities confirmed another woman in her 40s from China's Hubei Provence had contracted the virus, making her the third known case in Victoria. 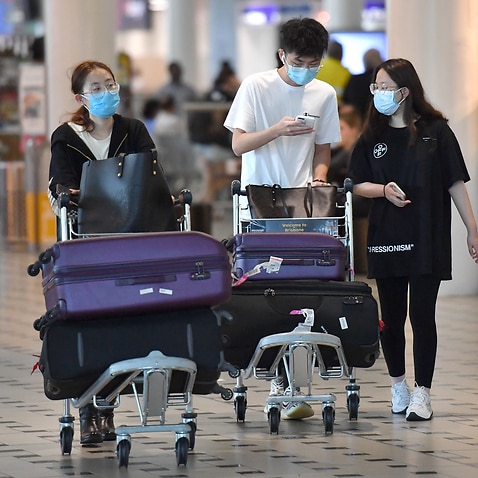 "[She] is in a stable condition with the respiratory illness. She has been confirmed positive today following a series of tests," a Victorian Health Department spokesperson said in a statement.

More than 7,700 people have so far been infected with the coronavirus, mainly in China as the death toll jumps to 170.

A total of nine cases of the coronavirus have been confirmed in Australia - two in Queensland, four in New South Wales, and three in Victoria.

NSW's chief health officer Kerry Chant told reporters earlier on Thursday that no new cases had been recorded in the state, and that two of the infected people had been discharged from hospital. 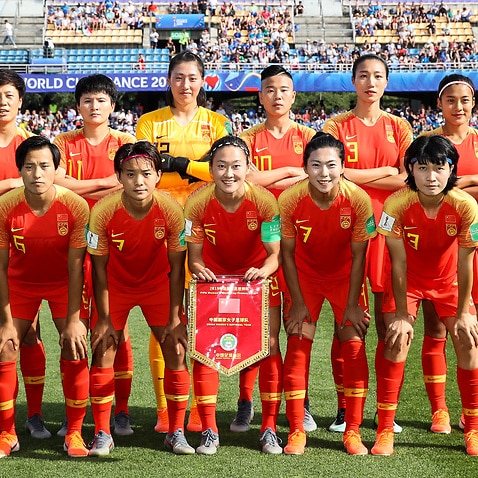 "Two patients are now well and were discharged on 29 January and the other two remain clinically stable," she said.

The government is currently working to evacuate up to 600 Australians currently trapped in the locked-down city of Wuhan, in China's central Hubei province.

All evacuees will be quarantined on Christmas Island for two-weeks before being allowed to return to the Australian mainland.

'This is radical': Gatherings in Australia reduced to two people in bid to slow coronavirus spread