The Solomon Islands, Australia, China and Taiwan are all making headlines in the same news stories this week. Here’s why.

Violent protests in the Solomon Islands sparked a call from their Prime Minister to Australia for help.

At the centre of the unrest is the Solomons’ foreign policy on China, which might be surprising and confusing.

It’s a complicated web of domestic affairs and geopolitics. This article will get you across the basics.

On 24 November about 1,000 people held a peaceful anti-government protest in the capital Honiara. The demonstrations got out of hand and violence and looting followed. Three people died, according to local police.

Why would the Solomon Islands call Australia for help?

This call for help fits snugly within the context of a two-decades-long relationship between the nations.

In the late 1990s and early 2000s, the Solomon Islands were experiencing terrible civil unrest. Law and order was in ruins, with militia taking up arms. The unrest, also referred to as “The Tensions”, was fuelled by ethnic conflict between two provinces.

“There was a real degradation in the capacity of the government to do anything to restore order,” said James Batley, former Australian High Commissioner to the Solomon Islands.

“And in fact, the police lost all their weapons to one of these militant groups.”

Australia, under the Howard government, could see the Solomon Islands were on the edge of becoming a failed state. This would not be good news for our own national security, the government said, at the time (as was popular rhetoric with politicians in the early 2000s) stating that if things got really bad the Solomons could be a safe haven for international terrorism.

With New Zealand and several Pacific island nations, Australia set up the Regional Assistance Mission to Solomon Islands (RAMSI) in 2003. It officially ended in 2017.

So, when the Solomon Islands called last week, Australia answered. 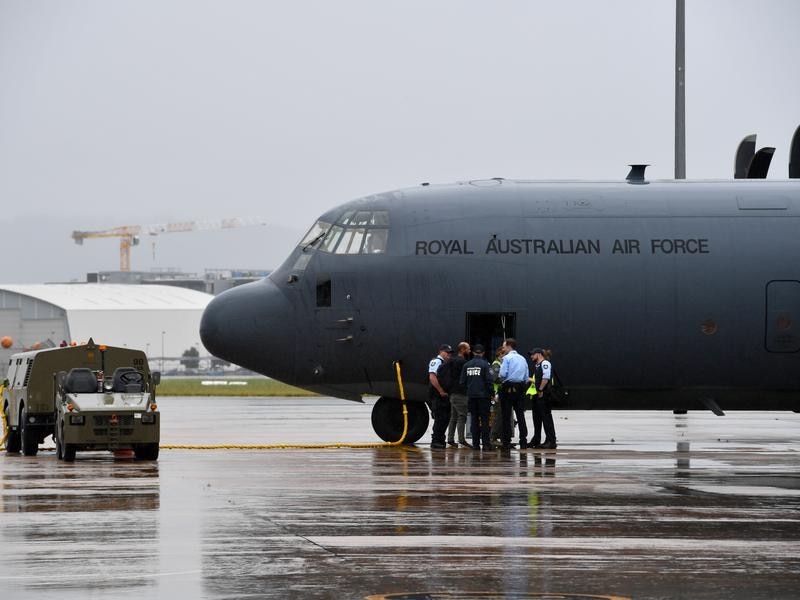 AFP officers deployed to the Solomon Islands have been joined by police from Papua New Guinea.
AAP

Mr Batley, who was a former leader of the RAMSI mission, said that as well as shoring up regional security, Australia likes to present itself as a regional leader and the “partner of choice.”

“I think from the Australian government's point of view there was no choice [to deploy personnel]. It was not a hard decision to make,” Mr Batley said.

A group of Australian Federal Police officers and Australian Defence Force personnel have been sent. Mr Morrison and Foreign Affairs Minister Marise Payne both emphasised that Australia was not interested in the domestic affairs of the Pacific nation.

"Our purpose here is to provide stability and security," Mr Morrison said.

Wait, where does China come into this?

Back in 2003 no one was mentioning China. Now, the world superpower is front and centre of the current conflict in the Solomons.

But first, a bit of background.

Very VERY simply put: China is at odds with fellow superpower the US (one of Australia’s main foreign allies). China is also at odds with Taiwan (to put it lightly). It views Taiwan as part of its territory but Taiwan sees itself as a sovereign nation. Both countries are governed separately (Taiwan is a democracy and China isn’t) and despite the Chinese Communist Party having never governed Taiwan, Chinese President Xi Jinping vowed to pursue a “reunification” with Taiwan by peaceful means.

The issue is tense and controversial. China and Taiwan get pretty mad at countries that disagree with their version of history.

Taiwan had a strong diplomatic relationship with the Solomon Islands for almost four decades, during which time the Pacific nation received financial support from the country.

But, in 2019, the Solomon Islands under Prime Minister Sogavare cut ties with Taiwan to pursue a diplomatic relationship with China.

It was a blow to Taiwan and the decision was very controversial within the Solomon Islands.

China made some big promises to the Solomon Islands for the switch, aimed at driving economic growth and investment. Buildings on fire in the Solomon Islands' capital, Honiara.
AP

Reuters reported in 2019 that a contract between the nations would see Chinese companies build and control power and port facilities, roads, rail and bridges on the Solomons’ biggest island, Guadalcanal, as part of a $1.1 billion deal to revive an abandoned gold mine. China is also helping build the country’s stadium for the Pacific Games, led by China and Chinese workers, a project previously led by Taiwan.

A tale of two provinces

Guadalcanal, home to the capital Honiara, and the second biggest island, Malaita, have been at the centre of domestic tensions. Malaita is the Solomons’ most populous island, but its leaders say it doesn’t enjoy the same level of economic development as its rival.

“I think it's true to say that for a long time there hasn't been the level of investment in Malaita, in terms of infrastructure. To this day, most of the roads in Malaita are unpaved,” Mr Batley explains.

“It hasn't received the benefits that it might expect, given its population and its weight in the country.” 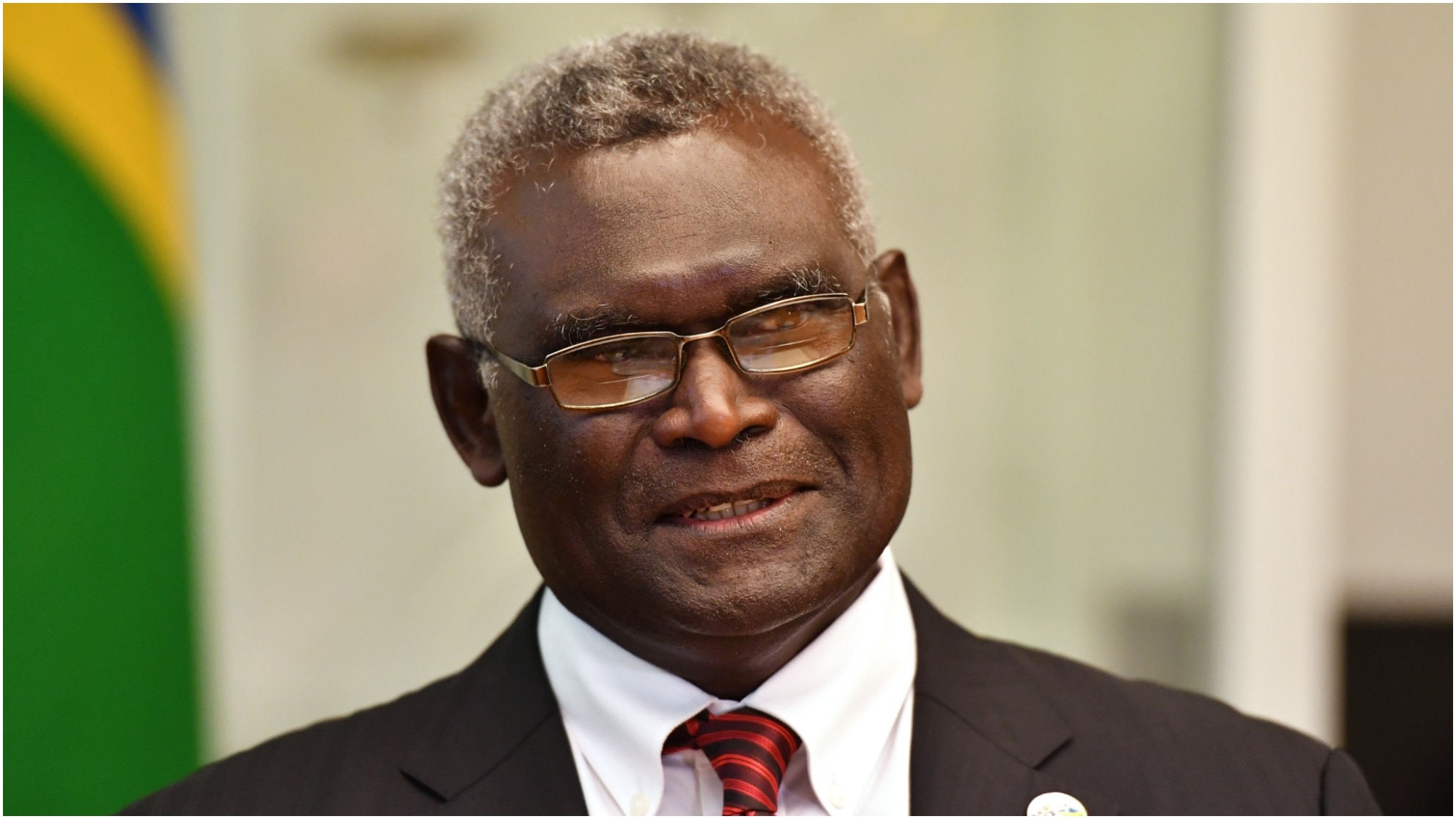 The central government’s decision to switch ties to Beijing has been a flashpoint for the provincial rift in recent years. Malaita Premier Daniel Suidani has been against the diplomatic switch to China, with tensions rising between himself and the Prime Minister. There are reports he has maintained a relationship with Taiwan, even flying there for medical treatment in June.

He has also reportedly banned Chinese companies from the province and accepted development aid from the US.

Many of last week’s demonstrators travelled from Malaita to Honiara, to protest unequal distribution of economic growth, as well as allegations of political corruption and a perception foreigners are controlling the wealth of the nation.

The city’s Chinatown was targeted.

Mr Batley, now a policy fellow at the Australian National University, explains that “there has for a very long time been concerns in the Solomon Islands that ‘Asian businesses’ or ‘Asian donors’ have got a disproportionate influence in the political class.”

Protesters also targeted Chinatown in 2006 when the actions of Malaysian logging companies in the Solomons concerned citizens.

“So the switch from Taiwan to China has really just exacerbated those concerns.” Looting and burning continued in Chinatown district of Honiara on the Solomon Islands on November 26, 2021
AFP/Charley Piring

Mr Sogavare is blaming the violence squarely on foreign influence and people’s opposition to the Solomon Islands’ relationship with China.

“These very countries that are now influencing Malaita are the countries that don’t want ties with the People’s Republic of China, and they are discouraging the Solomon Islands to enter into diplomatic relations.”

Premier Suidani has criticised Mr Sogavare as well as the call to involve Australia and other countries.

"Now it means there will be no dialogue, [Sogavare] will just avoid dealing with all the issues that need to be dealt with,” he said.

"This is an internal issue that needs to be dealt with rather [than] bring in Australia, PNG and Fiji." Experts agree Mr Sogavare is using foreign policy as a proxy to avoid questions about his leadership and the welfare of the people in his country.

Mr Pryke said the unrest was driven by similar factors that contributed to The Tensions in early 2000.

“I think we should be very careful not to overstate the role geopolitics has had in this unrest, ” he said.

“It's been the trigger, but it's not been the driver.

“It's driven by all these domestic issues of inter-island tension, a lack of economic opportunities, poverty, and youth unemployment.”

What does China say?

While no politicians or spokespeople have made an official statement, China’s state-owned media outlet the Global Times penned a blistering editorial, headlined ‘Australia has fomented riots in the Solomon Islands.’

“Defending against China’s influence into the South Pacific has been an outstanding geopolitical consideration of the US and Australia, which has been welcomed and longed by the Taiwan authorities, because four of the remaining 15 countries that keep ‘diplomatic ties’ with Taiwan are in the South Pacific – and the future to consolidate such ties is uncertain, ” the editorial read in part.

Mr Scott Morrison maintains the deployment of personnel in the region has nothing to do with geopolitics, with their sole mission to restore peace.