Teenager Will Connolly and Senator Fraser Anning have both avoided criminal charges over last month's egg-smashing scuffle in Melbourne.

A teenager who cracked an egg on Senator Fraser Anning's head last month has avoided criminal charges over the incident.

Police on Tuesday confirmed 17-year-old Will Connolly had received an official caution. "Egg Boy" has escaped charges over the incident.
Supplied

"On assessment of all the circumstances, the 69-year-old's actions were treated as self defence and there was no reasonable prospect of conviction," police said in a statement.

The incident followed remarks from the senator blaming Muslim migrants for the New Zealand terror attack in which a white supremacist killed 50 worshippers at Mosques.

Independent Senator Fraser Anning during a censure motion against him, in response to his comments.
AAP

Speaking in his only media interview, Mr Connolly told Ten's The Project he was disgusted by the senator's comments but admitted his actions weren't the right response.

"I understand what I did was not the right thing to do. I can understand why some people would react the way they did," he said.

"There is no reason to physically attack anyone."

Senator Anning was censured by parliament for his divisive comments last week, his commentary described as pathetic by Labor's Senate leader Penny Wong. 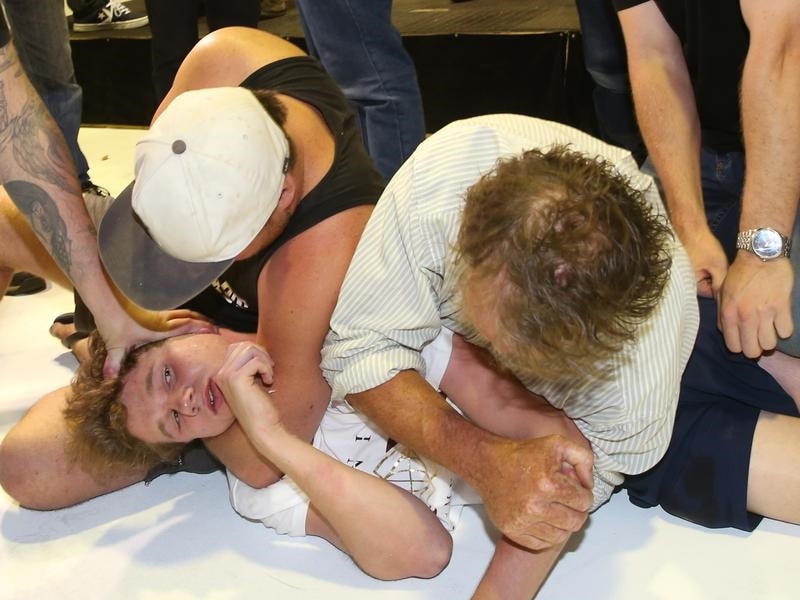 Will Connolly was restrained by Fraser Anning supporters after he egged the senator.
AAP

Detectives are still hoping to identify a young man seen kicking Mr Connolly while he was being held to the ground by others during the Moorabbin scuffle on March 16.