It’s hard to breathe and you can’t think clearly – if you defend your home against a bushfire, be mentally prepared. This is what you need to know.

If you live in a bushfire-prone area, you’ll likely have considered what you will do in the event of a bushfire.

The decision, which should be made well in advance of bushfire season, is whether to stay and actively defend a well-prepared property or to leave the area while it’s safe to do so.

The emphasis on bushfire safety is on leaving early. This is the safest option.

In “catastrophic” fire conditions, the message from NSW Rural Fire Service is that for your survival, leaving early is the only option. 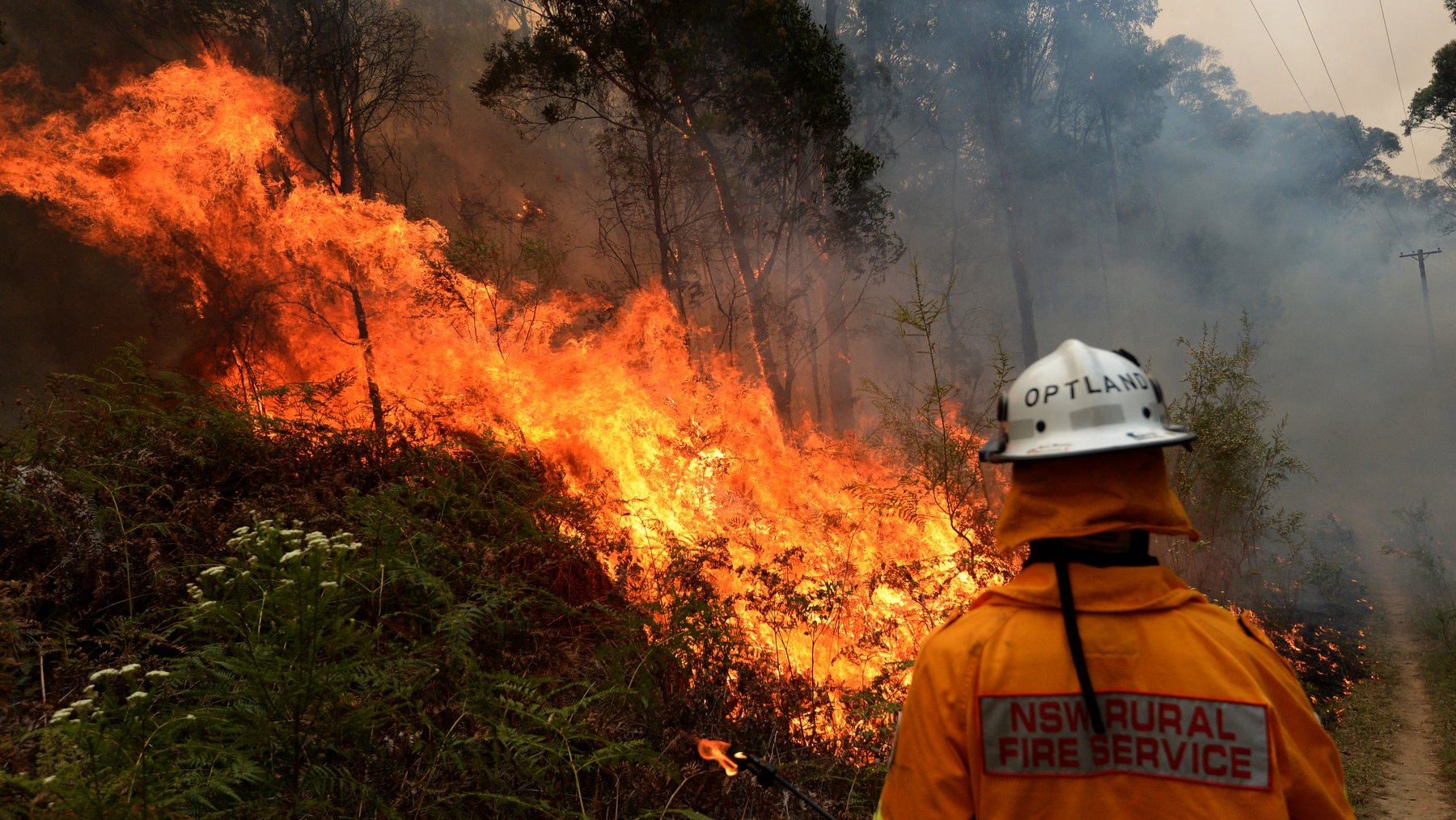 In other fire conditions, staying and defending requires accurately assessing the safety of your house and the surrounding environment, preparing your property in line with current best practice and understanding fire conditions. It also requires a realistic assessment of not just your personal physical capacity to stay and defend but also your psychological capacity.

Why do people stay and defend? 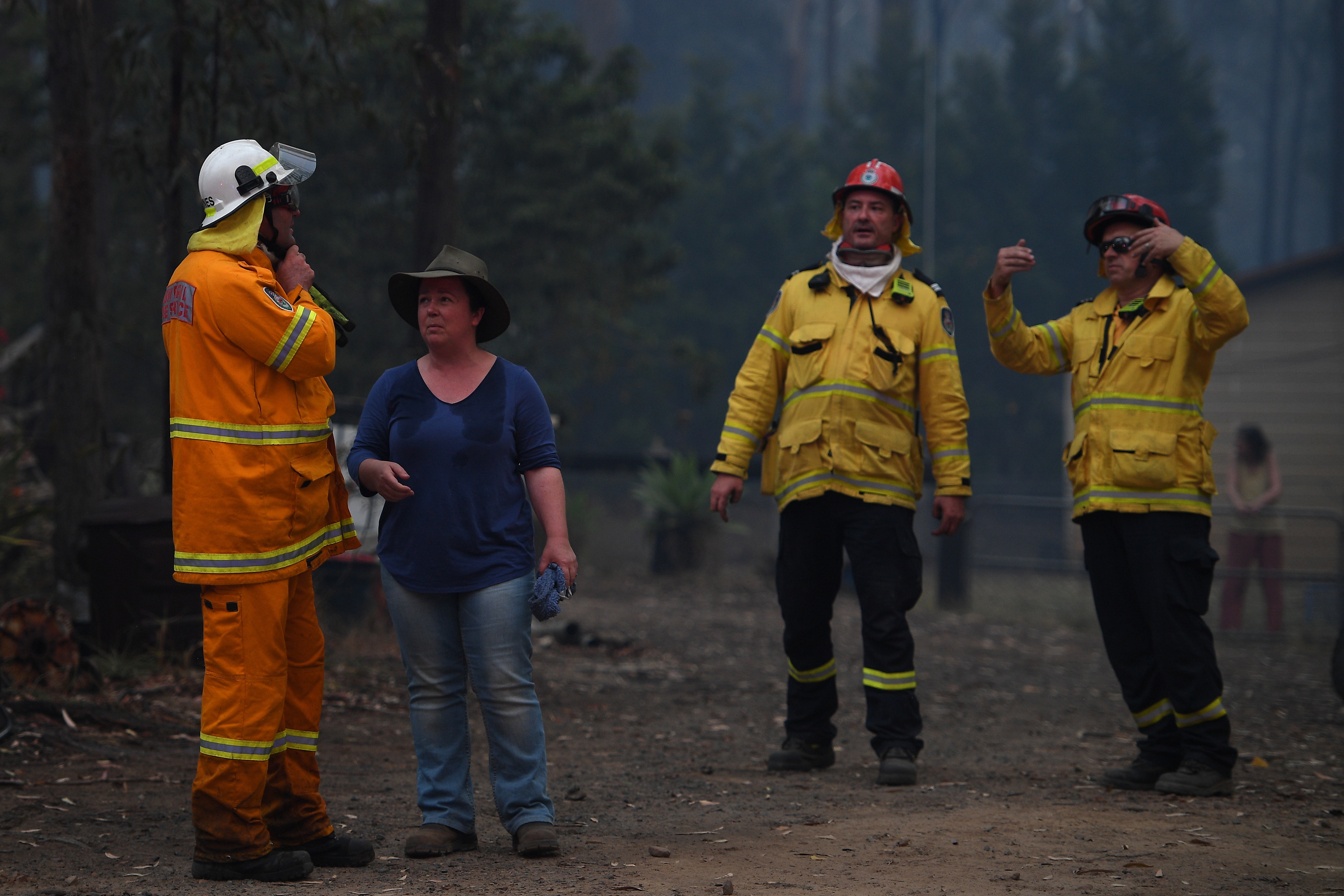 NSW Rural Fire Service crews speak to a resident as they fight a fire as it burns close to property on Wheelbarrow Ridge Road at Colo Heights.
AAP

Animal ownership, a lack of insurance, and valuable assets such as agricultural sheds and equipment, are motivators for decisions to stay and defend. If animal owners aren’t home they will often return to their properties when bushfire warnings are issued, contrary to official advice, to retrieve or protect their animals and physical assets. 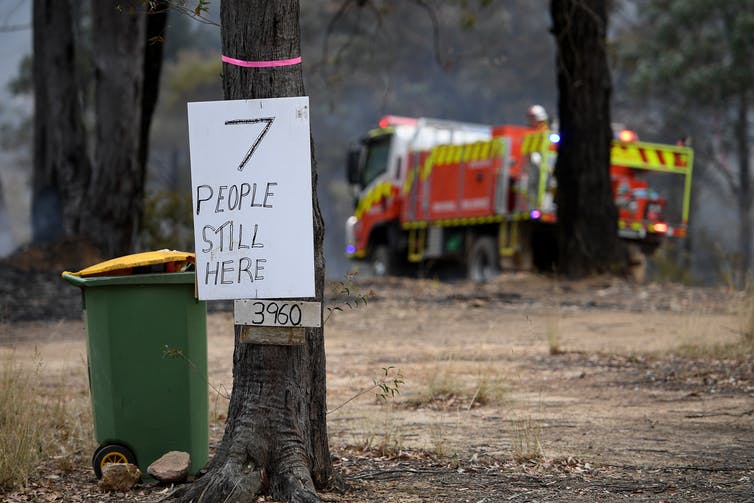 Many people will choose to stay and defend their properties.
AAP

Although these decisions are understandable they can also lead people who aren’t physically or psychologically suited to staying and defending to do so.

What if you’re not psychologically up to it?

The reality is that a bushfire is a threatening, high-risk situation. It’s hard to see, hard to breathe, noisy and hot.

These conditions can overwhelm our ability to think clearly and act calmly. People in the Sampson Flat Fire in South Australia in 2015, for example, experienced high levels of stress which caused them to:

This is one person’s account of how they responded as the fire approached:

[I] grabbed my son […] saw the smoke and […] went and got the boxes that I’d prepared which I packed when he was a baby. So I had stupid things in the boxes, like baby outfits. But I can’t freak him out […]

[I]n the back of my mind I’m thinking about what do I need to do […] I’ve quarter a tank of diesel, I’d better go get diesel. I also had a back seat full of books that I’d been tidying up [from] his room, so I thought op shop, better do that because I’ll clear the back seat. […]

Came in the house like a mad woman screaming for cats, nowhere in sight. I’ve got four cats and not one of them [is there]. Grabbed a bag and then started putting stupid amounts of clothes in like 20 pair of socks, and then basically I threw the dog in the car. […] So flat panic.

What’s going on with our thinking?

The spectrum of actions from frenzy and flight to freezing reflects the model of “affective tolerance”. When stress exceeds what we can tolerate, we can become hyper-aroused and may have racing thoughts and act impulsively.

Or we may experience hypo-arousal, where we shut down and feel numb and passive. 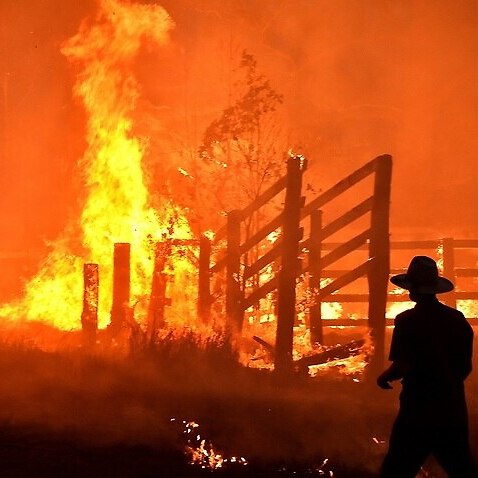 Our brains consist of three basic parts: the brain stem, limbic system and cortex. These are sometimes described as the primitive, emotional and thinking brains. 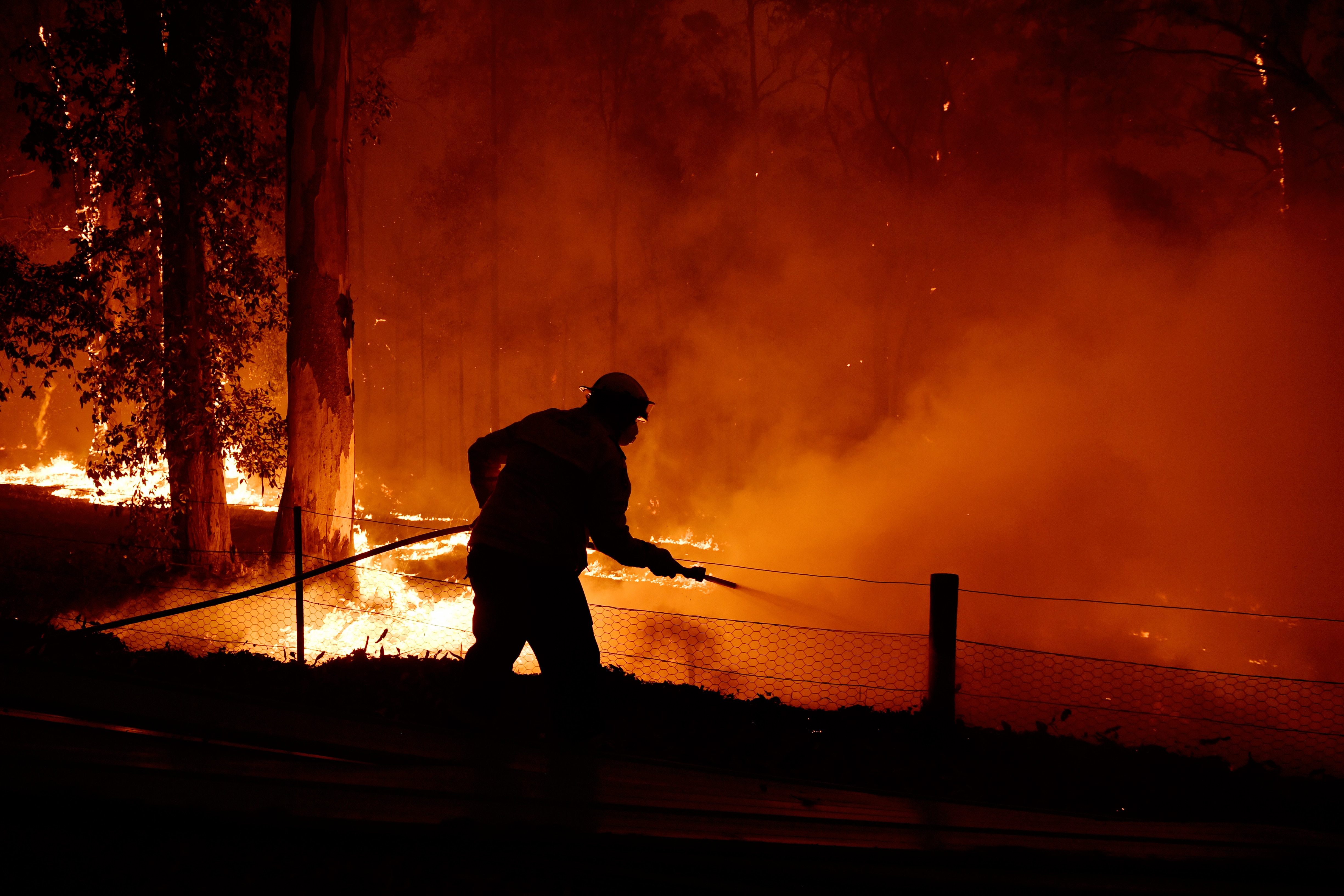 In most situations, our thinking brain mediates physical responses to the world around us.

But under high amounts of stress, this connecting loop between the more reactive emotional and physical parts of our brain and our thinking cortex becomes separated. University of California, Los Angeles, professor of psychiatry Dan Siegel describes this as flipping our lid. 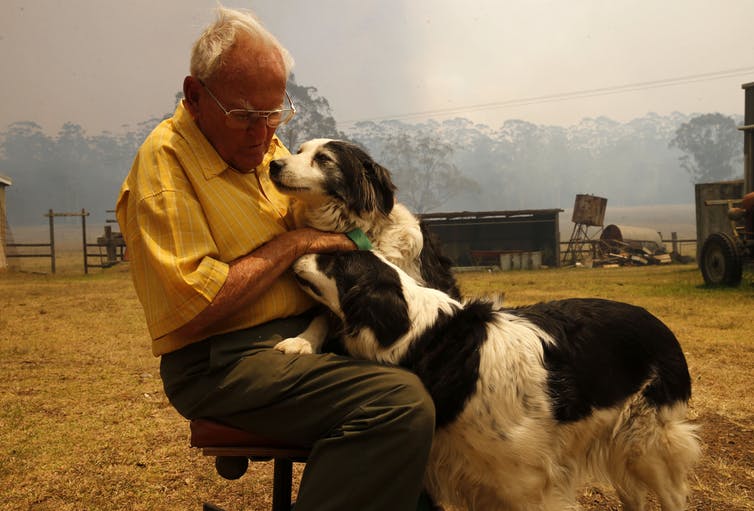 Animals can affect people’s decision to stay or go.
AAP

Flipping our lid is an automatic response and, from an evolutionary perspective, it’s a highly useful one – we don’t have time to think about whether or not to run when our lives are threatened.

But in a bushfire, these automatic responses are often not the best way to respond and can prompt us to make unsafe decisions.

To survive a bushfire, we need to make complex and often highly emotional decisions in rapidly changing conditions.

How do you control the fear?

In an analysis of 33 people who survived extreme conditions in the Black Saturday bushfires, researchers tentatively concluded that the major contributor to their survival was their ability to maintain their mental focus. They could control their fear and keep their attention on the threat and how to respond.

In order to stay and defend safely, it’s vital to have the skills to re-connect the loop between the thinking and the automatic and feeling parts of the brain.

The AIM model, based on stress inoculation theory, suggests preparing before bushfire by anticipating, identifying and developing strategies for coping with stress:

A large Australian study shows people who are better psychologically prepared for a bushfire:

Currently, the most accessible resource on developing mental preparedness is the Australian Red Cross RediPlan guide which includes preparing your mind based on the AIM (anticipate, identify, manage) model.

Danielle Every receives funding from the Bushfire and Natural Hazards Cooperative Research Centre.