This is what pill testing at Australian music festivals could look like, if implemented.

The pill testing debate was reignited following a spate of drug overdoses at Australian music festivals in 2018.

A recent study found public opinion is in favour of pill testing, festival promoters have championed it and even Australia’s peak representative body for doctors is on board. But police and politicians, including both the NSW and Victorian premiers, have blocked it.

So what is it?

Pill testing forms part of a "harm minimisation" approach to drug taking that aims to stop users from consuming drugs that are likely to have dangerous consequences. This involves testing the drug to make sure the chemicals it contains are what the user is expecting.

On 12 January  2019, police say a 19-year-old woman died after ingesting substances at FOMO festival at Parramatta Park in Sydney.

Over the New Year period, two people died from fatal overdoses at music festivals within four days. These tragedies follow the deaths of two people at Sydney’s Defqon.1 festival in September and the death of a teenager at Knockout Games of Destiny festival in December.

Despite this, NSW and Victorian governments remain opposed to pill testing, saying allowing it will give people a “green light” to take drugs.

“I think the process, as it’s currently being promoted, is fraught with significant risks that will give festival-goers a false sense of security that drugs are safe to use," NSW Police Minister Troy Grant said in a statement provided to SBS News. "The very proponents of this broad strategy, including clinicians and toxicologists who are the real experts in this field, have themselves admitted the flaws and potential dangers of this proposal. We all agree that this is no silver bullet."

But Dr David Caldicott, an emergency consultant, the designer of the first pill testing trial in Australia and the clinical lead of Pill Testing Australia says it is a medical procedure and should be treated as such.

“What a lot of people don’t understand is that this is a result that is provided in the context in as much as half an hour of medical consultation,” he said.

“There is nothing about a white finding [a finding that matches what is expected] that is reassuring, we talk to them about their medical health, how they might react to a drug in a way that is very different to everybody else.”

What you can expect at a pill testing tent

While the term pill testing can refer to many different processes - from DIY at home kits to lab testing for scientific or criminal purposes - when most people discuss it, they are talking about pill testing at music festivals or other events where large quantities of people are expected to be taking drugs.

Dr Caldicott took SBS News through how Australia’s first pill testing trial, which took place at Canberra’s Groovin’ the Moo festival last year, worked - and how it would likely operate if implemented further.


Firstly, the pill testing tent was located in the event’s medical precinct. Dr Caldicott said this is “very important” as it cements understanding of the testing as a medical process.

On arrival, participants were greeted and asked to hand over their phone to avoid anyone taking photos. If people showed signs of intoxication or seemed likely “to make a dumb decision” based on the information provided, they were “gently escorted next door” to be treated.

The sober participants were then expected to read a "statement of understanding". "Anyone who says we are promoting drug use hasn’t even bothered to look," said Dr Caldicott.
Music Feeds

According to Dr Caldicott, this document included the caveat that “if you really want to not be hurt by drugs today, you probably shouldn’t use any drugs today.” It also makes clear the test will not provide any information about drug quality.

“Even before anyone gets inside the tent, we have a very clear understanding of what we are there for … anyone who says we are promoting drug use hasn’t even bothered looking into it,” he said.

Once inside the tent, participants handed over the drugs they wanted to be tested. The drugs were then weighed, measured and photographed.

Analytical chemists requested the amount they wanted to test, which Dr Caldicott said was an opportunity to talk about how pills are made and how, due to the way pills are mixed, two samples from the same pill could have different results.

The test is conducted in front of the participant, is anonymous, and the whole process takes less than 30 minutes. “We apply the same standard of medical confidentiality that we do in our emergency department,” Dr Caldicott said.

The guidelines dictate organisations should not collect money for pill testing and should use a ‘front of house’ model. This means there should be a real-time, face-to-face interaction between the participant and the tester.

How does the test work

University of Newcastle research toxicologist Michelle Williams said there are a variety of testing methods that can be used to test drugs at music festivals - from the relatively cheap colour change reagent tests to more sophisticated technology, such as Fourier-Transform-Infrared Spectroscopy (FT-IR), which uses infrared light to create a fingerprint trace that can be matched against a library of samples.

“While this technology is significantly better than the reagent tests there are still some challenges,” Ms Williams said. “Also that the results provided are only as good as the library to which the spectra fingerprint is compared."

For the Australian trial, Dr Caldicott said a laser was shot into a ground up sample, which sits on a platform above a diamond. The reflection of the laser contains information about the substance, which is then compared to a database of nearly 30,000 drugs.

Pill Testing Australia are clear they will never give a result that says a drug is “good” or “safe” - instead they work in a three-step classification: white, yellow or red.

“We only tell them what we’ve been able to detect and how that may affect their health,” Dr Caldicott said.

A white reading means the result comes back containing what it is expected, while yellow and red results indicate a “serious problem”. Yellow means the analysis contains something other than expected, while red indicates the presence of a drug considered to be significantly dangerous or a substance that is unable to be identified.

“One of the interesting features of drug checking around the world in the modern era, is that it is possible to identify something for the first time ever,”  Dr Caldicott said.

“And our position as medical practitioners is that you do not want to be the person who takes that.”

After the results are in, the participant is given advice on how they can "avoid going to hospital". 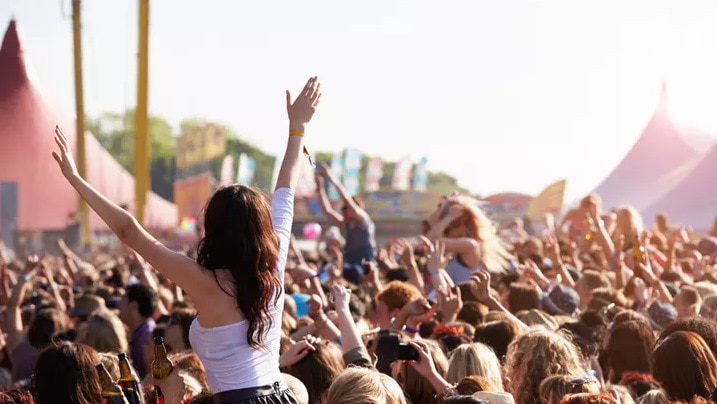 Pill Testing Australia will only work with music festivals in jurisdictions where police allow the practice.
Shutterstock

The people conducting the testing are unable to confiscate the drugs - even if they are deemed to be dangerous. But Dr Caldicott argues people who participate in pill testing are not a group likely to ignore medical advice.

After the test, participants are given a wristband or card with a number on it, which matches their drug analysis and can provide information to medical officers if something does go wrong.

Where can you find it?

Dr Caldicott said Pill Testing Australia has plans to implement testing at more festivals this year, but they will only work in jurisdictions where police allow it.

“We won’t provide this service unless we have a statement in writing from law enforcement that this will be tolerated for the purpose of a music festival and that’s one of the things that we are quite strict about.

“The act of getting your drugs checked should never result in greater risk for the person who is prepared to come and talk about drugs."

And in NSW and Victoria, this isn't the case. "Victoria Police is not supportive of pill testing. There is no such thing as a safe tablet or illicit drug," a Victoria Police spokesperson told SBS News.

"Will more people start using drugs if they are tested and perceived as being safe? All drug addiction starts somewhere, including at music festivals. We don’t know what the longer term social harm will be from the introduction of pill testing."

NSW Police Minister Troy Grant agrees that while the government wants to do everything it can to protect young people from illicit drugs, pill testing is not the answer.

“Young people make mistakes, and I don’t believe for a second that they deserve to lose their life after taking one of these drugs," he said.

“What I do support is medical professionals having the opportunity to intervene and educate young people at these festivals about the real dangers of this risk-taking behaviour. And that intervention does not require the advocacy of pill testing." “We want to do everything we can to protect young people from the dangers of illicit drugs. But I do not believe that pill testing is the answer.

“I think the process, as it’s currently being promoted, is fraught with significant risks that will give festival-goers a false sense of security that drugs are safe to use.

“The system relies on the voluntary cooperation of users, people only submit a small sample for testing and may have other caps in their possession of varying make-ups meaning the results are haphazard at best, substances can have wildly different effects on people based on their physiology and whether they’ve consumed other drugs or alcohol at the same time, and there’s absolutely no obligation to discard the pill regardless of the results.

“The very proponents of this broad strategy, including clinicians and toxicologists who are the real experts in this field, have themselves admitted the flaws and potential dangers of this proposal. We all agree that this is no silver bullet.

“Young people make mistakes, and I don’t believe for a second that they deserve to lose their life after taking one of these drugs.

“What I do support is medical professionals having the opportunity to intervene and educate young people at these festivals about the real dangers of this risk-taking behaviour. And that intervention does not require the advocacy of pill testing.

“And if there are other ways of raising awareness and educating young people, then I’m all ears.”