A group of young men from Melbourne have described their eye-opening trip to Somalia – which even included an audience with the president.

It's often said that sport can unify communities, bridging the gap between various cultures. And there's perhaps no better example of a universal sport than football.

Armed with this theory, a group of 50 young men from Melbourne's Somali community were taken on a month-long trip back to home turf.

"Soccer is the easiest way to build a bridge," Hussein Horaco, Secretary of the Somali Australian Council of Victoria, who organised the initiative, told SBS News. 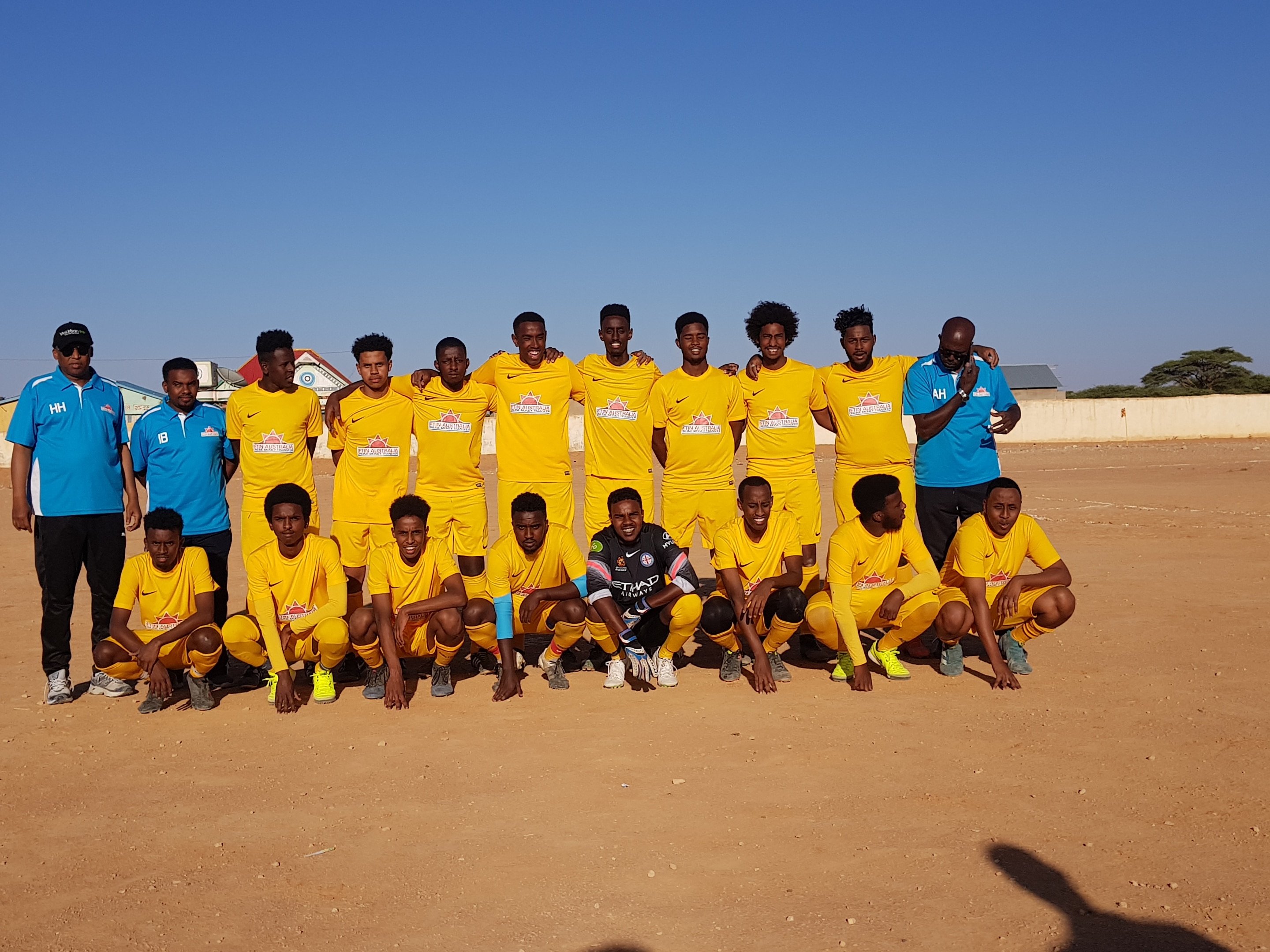 Members of Victoria's Somali-Australian community on their football trip to Somalia.
Supplied

The trip took place in November and saw football players aged 20-30 take part in a tournament against local teams across towns in Somalia. It was the second time the council had run such a project, which doubled as a cultural exchange.

Mr Horaco said they wanted to show the young men the life of hardship their families left behind when they moved to Australia.

"Life over there is totally different. Young people over there, they don't know their future, some of them they don't have jobs, they cross desert and sea to go to Europe and they die," he said.

"The life they have here (in Australia), is a luxury life."

The life they have here (in Australia), is a luxury life.

For many among the group, the trip was their first time in Somalia. It came just a month after a truck bomb blast in the capital Mogadishu which left 512 people dead. Officials have blamed the Islamist group al-Shabab but it has denied responsibility. For many in the group it was their first visit to Somalia.
YouTube

One of the footballers, 25-year-old Abdirahman Ahmed, said being taken out of their comfort zone gave the team a greater appreciation of what they have in Australia.

"Hot water, just having a cold drink in the fridge, small things like that, that you take for granted. And when you go there and you see people, the majority of people, not having those kinds of things ... seeing them still being happy, it's very uplifting," he said. Police and students bond over love of football

Council representative Ahmed Mahmoud said some of the players were also pleasantly surprised by what some people had in Mogadishu.

"The boys thought they'd be sleeping in huts and probably go out into the wilderness to go to the toilet. But when they went there, there were five-star hotels, there were baths, showers in your room, balconies, room service. There was internet and some of the boys were joking that it's much faster than Melbourne internet."

They even had an audience with Somalia's recently elected president, Mohamed Abdullahi Mohamed - known by the nickname 'Farmajo'. “You are fresh thinking, healthy minds, without hate, hostility or tribalism,” he told the group.

You are fresh thinking, healthy minds, without hate, hostility or tribalism.

"You are all equal and have everything in common; you are the pioneer of integration between diaspora Somalis and locals.”

"He was so nice to us, he was happy that us and the boys actually made the trip to Somalia, to uplift the people that were there, and just letting everyone know that what has been happening lately, with all the bombings and stuff like that, that people would actually go back and it’s still safe and people are still living their daily lives.” 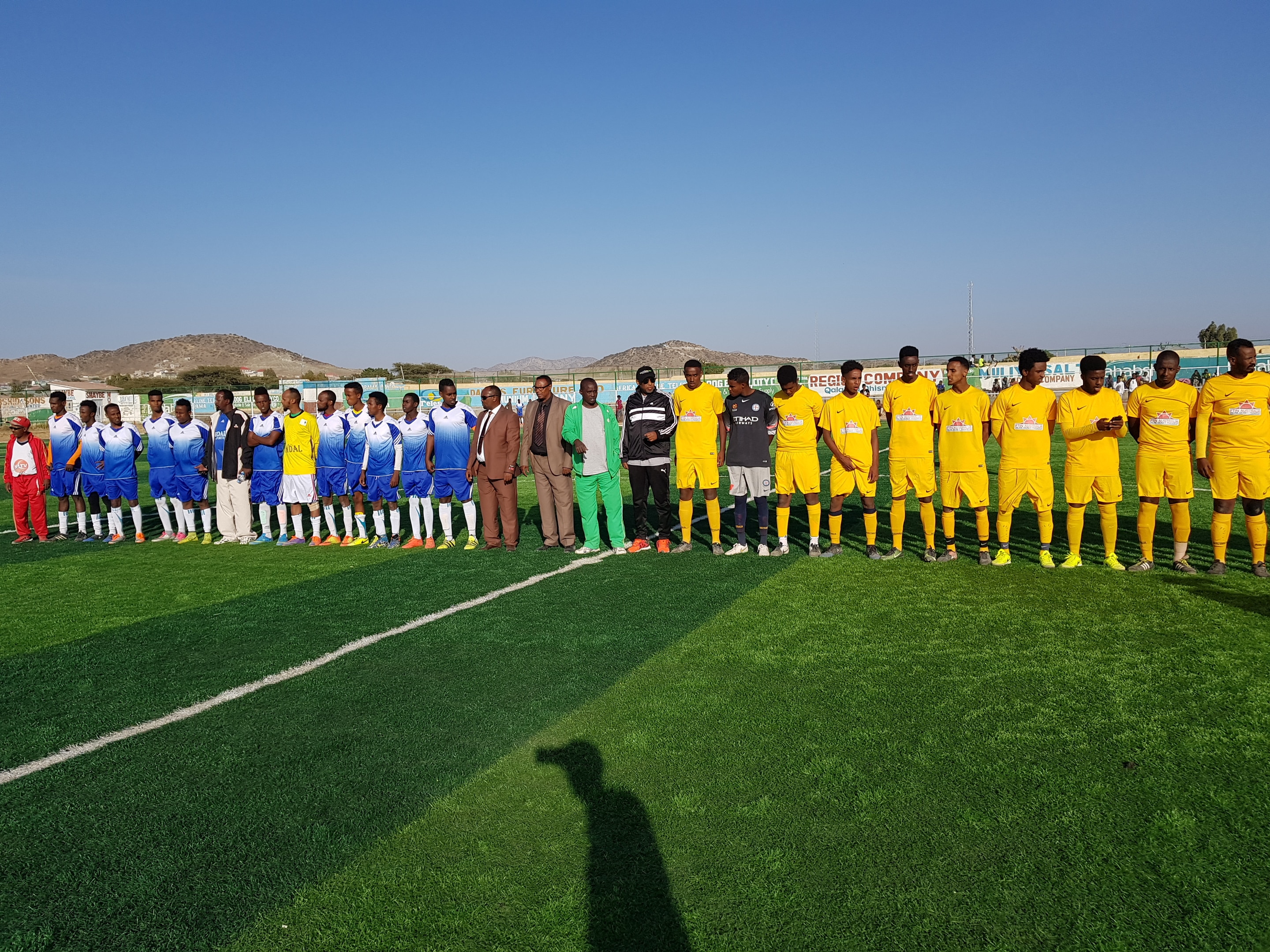 The teams line up.
Supplied

With the ball at their feet, they played local teams across the country, winning all but two games.

Mr Mohmaud said saw the team mature on the trip: 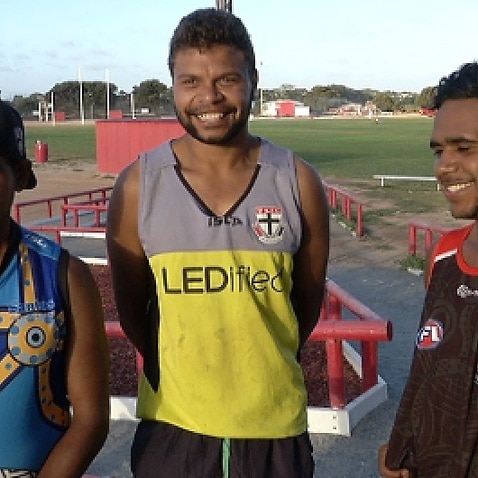 The community that brought its footy club back from the brink

"Unless you have programs set up, the young people will be idle and they can do whatever they want, or other groups might attract them and they might fall in the wrong hands," he said.

"Like crime, or gangs or other terrorist issues things like that, which we worry for our community all the time." Some downtime on the beach, still with a ball at their feet.
Supplied

"As soon as we came back here we realised there's no point in all this trouble and mischief. There's already enough trouble back home, why come here (to Australia), having all these facilities, all this education, everything, all these resources that we can use, causing problems is just unnecessary, basically, yeah, not worth it ..."

Already, the trip has had a positive impact on the group, according to Mr Mohmaud.

"When they went there, they felt as though they were needed, that they were actually bringing good to the society, and when they came back here, some of them actually started to take out volunteer roles that they never used to do."

Another visit to Somalia is planned for later in 2018.

WA is reopening its borders to travellers from NSW and Victoria