While the Queensland government has given Adani the environmental approvals it needs to construct its mine, the coal is staying in the ground - for now.

Adani has been given the go-ahead to start building its controversial Carmichael coal mine after the Queensland government issued the last major approval this week.

Another environmental plan that had been holding up proceedings, to protect the endangered black throated finch bird, was greenlit on 31 May. “It has been more than 50 years since a new coal basin has opened in Queensland, so this development is of huge importance to the economic future of Queensland,” he said. When will the jobs start?

While Adani can now build the mine at the Galilee Basin site, it is not able to dig out any coal until pipeline and railway-related hurdles are cleared.

The company also needs federal approval for its plan to better understand groundwater use impact on the nearby Doongmabulla Springs. Some water experts have warned the springs could face “extinction” if Adani is not careful.

Adani Australia chief executive Lucas Dow told reporters on Thursday he is "really excited" construction can now begin and the company can ramp up recruitment. The Queensland government has given the Adani company approval to go ahead with the building of its controversial Carmichael coal mine.
Adani Australia

But there has been confusion about the number and type of jobs the mine will create.

Mr Dow has previously said there will be “over 1,500 direct jobs created in north and central Queensland and a further 6,750 indirect jobs [during] the ramp-up and construction phase". 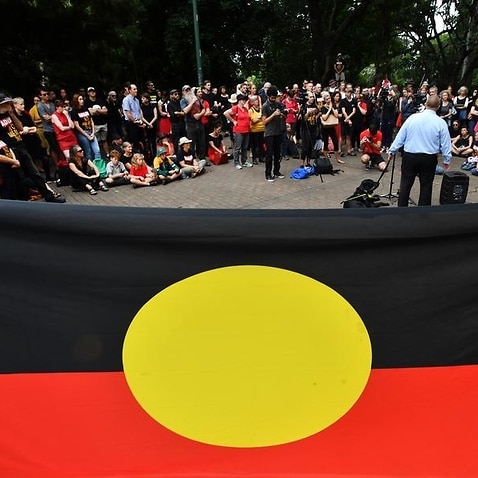 Federal Nationals MP Michelle Landry has been a big supporter of the mine, saying voters in her seat of Capricornia need employment, but told ABC Radio on Friday she has never actually asked how many ongoing jobs it will create.

Deputy Nationals leader Bridget McKeznie has previously said there would be around 100 ongoing jobs.

The Queensland Labor government had come under pressure to expiate approvals after being punished by north Queensland voters at the federal election - losing two seats in the north of the state.

State Labor's mixed messaging on the project was blamed for the federal  backlash, with some Labor insiders saying the party didn't do enough to convince voters it was pro-coal. "The final approval of the Adani mine was inevitable given the range of political, social and economic pressures on the Queensland government,” associate professor Willem Vervoort of the Sydney Institute of Agriculture, School of Life and Environmental Sciences, said.

“The environmental focus now needs to shift to accurate monitoring of the cumulative impact on ecosystems, water and vegetation.

“When new data comes available from required monitoring, Adani should be asked to demonstrate conclusively … their initial predictions of the groundwater management plan are on track.”

Opponents not ready to give up

Adani opponents claim the fight against the mine is not over.

"Adani have got another thing coming if they think they've got this sown up, they still don't have all of their approvals,” Queensland Greens Senator Larissa Waters said.

"People in central Queensland deserve jobs, but they deserve real jobs, they deserve a conversation about what sort of economy they want their region to turn into as that transition towards a clean economy continues.” Various non-profits have also declared they will continue their opposition.

“Sixty-five per cent of Queensland is in drought. We’re not going to stop fighting to protect it,” GetUp environmental justice campaigns director Sam Regester said.

Australian Youth Climate Coalition Campaigns director Olivia Hill said: “A powerful community movement involving millions of people across the continent has held off this destructive project for the last six years and we’re never backing down."

The Wangan and Jagalingou Council, a body representing First Nations people in the Galilee Basin, said Adani poses a threat to their sacred Doongmabulla springs.

“We are the water protectors. We want to look after the land for all future generations,” council senior spokesperson Adrian Burragubba said.

“We said no to Adani and we will keep saying no. Adani is not welcome in our country.”