Some of the victims of the Orlando gay bar massacre have been named, with the list to be updated as more bodies are identified.

A man armed with an assault rifle killed 50 people at a gay nightclub in Orlando, Florida, early on Sunday in the deadliest mass shooting in US history, a rampage President Barack Obama denounced as an act of terror and hate. 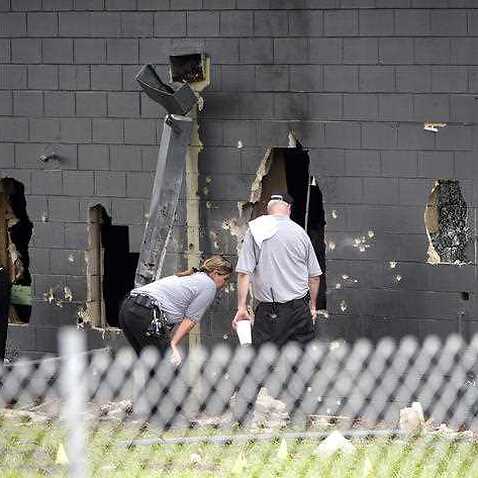 Sotomayor, the first body to be identified by the Orlando Police, died trying to save his boyfriend, shielding him from gunfire, reports WESH 2 News.

Friend says Eddie Sotomayor took bullet in back getting his boyfriend out safely. Died in hospital #PrayForOrlando pic.twitter.com/NagY8tytMW

According to his LinkedIn profile, Sotomayor was the national brand coordinator for one of "America's largest gay-owned travel company", ALandCHUCK Travel in Sarasota, Florida.

The travel agency caters to the LGBTQI community planning cruises and tours for Pride Events, Gay Festivals, and circuit parties.

Sotomayor had been working there since August 2014.

He sent his friend, Al Ferguson, a Snapchat from Pulse nightclub before the attack, that was shared on Facebook.

Luis Arancibia, general manager at a Hilton property and friend of Sotomayor, told SBS, "Eddie" was a prominent person in the gay Latin community.

“Eddie was a loving, happy person who just knew everyone in our community. He was one of those people that if he didn’t know you were, he wanted to get to know you,” Arancibia said.

"If you ever needed anything he would be there for you.”

Arancibia regrets not reaching out to Sotomayor in the past few months; he said circumstances got in the way.

“Every single time you would see Eddie you would just feel better," he said. "Such a caring person and such a happy person – he’ll definitely be missed." A recent history of attacks against LGBTI people The 23-year-old had been working as a certified pharmacy technician at Avella Specialist Pharmacy in Lake Mary, Florida since January last year, according to his Facebook and LinkedIn profiles.

Prior to Avella, Almodovar was a pharmacy technician at Walgreens and an intern in the same field at Target.

Originally from Springfield, Massachusetts, Almodovar, who was openly gay, moved to Clermont, Florida in August 2003.

He was weeks shy of his 24th birthday.

"Omar" as Ocasio-Capo was called by his friends, was a dancer according to his Facebook profile. He also worked at a Starbucks cafe within a Target store in Kissimmee, Florida.

Guerrero was a student at the University of Central Florida, reports Local News 10. He also worked part time as a telemarketer.

Guerrero was from Orlando, and was at the nightclub with his boyfriend, Christopher "Drew" Leinonen, on Sunday night, according to multiple sources on social media.

Leinonen was missing until last night when his body was identified. He is listed below. Guerrero's father told Time the couple will be buried in a joint funeral.

According to his Facebook profile, Ortiz-Rivera lived in Miami but is originally from Dorado, Puerto Rico. He studied at the Univercidad Central de Bayamon in Puerto Rico.

Originally from South Africa via New Jersey, Gonzalez-Cruz worked for UPS delivery services. He was known as Peter Ommy by his friends, according to Facebook.

Vielma was a student at Seminole State College of Florida, while also working as a production assistant at Universal Studios in Orlando, according to his Facebook page.

Luis Vielma worked on the Harry Potter ride at Universal. He was 22 years old. I can't stop crying. #Orlando pic.twitter.com/Nz2ZCWxNsS

Originally from Torrington, Connecticut, Morris lived in Orlando, Florida. According to Facebook, she goes by the nickname "KJ".

Justice sent his mother a text from the club during the attack. His text read, "Mommy I love you" followed by a series of text messages reading "In club they shooting", "Trapp in bathroom", "Pulse. Downtown. Call police.", and finally at 2:08am, "I'm gonna die".

Burt was at Pulse celebrating earning his master's degree in human resources management from Keiser Univeristy in Jacksonville, Tennessee. He worked at the university in their financial aid department assisting several military service members.

Prior to working at Keiser, Burt's LinkedIn profile reads he was a general manager at McDonalds and a home store manager at Forever 21, both in Jacksonville.

Drayton was an employee at Pulse. According to social media sources, she grew up near Eastover, Massachusetts.

Drayton, who had faced felony charges on drug possession only last year, was turning her life around according to her ex-girlfriend of four years, Ashleigh Alleyne who told the Orlando Sentinel.

Originally from El Chique, Mexico, Maritnez worked as a DJ at Cloud 9 in Ocala, Florida. He was married to his wife Erika Starr for nearly two years, according to social media sources.

Leinonen was at Pulse with his boyfriend Juan Ramon Guerrero (one of the first victims to be identified). His boyfriend's father told Time the couple will be buried in a joint funeral.

Leinonen was a Detroit, Michigan native, according to his Facebook profile, and studied clinical psychology at the University of Central Florida.

His mother told the Orlando Sentinel he began a gay-straight alliance in high school and was awarded the Anne Frank Humanitarian Award for his work in the gay community.

The most heartbreaking video I've ever seen. Her son Christopher “Drew” Leinonen is among the dead. #OrlandoUnitedhttps://t.co/Fs5ei3OXUj

Leinonen died a week and a half after his 32nd birthday.

Pulse Shooting: This is where you can find the victim's names, as we continue to release: https://t.co/a0wekaZPtG

“[I] only know of two, but to know that number can rise by tomorrow is terrifying,” a friend of two of the victims told SBS news.

Around 2am Sunday local time, a 29-year-old man carrying an assault rifle and a pistol entered Pulse nightclub and opened fire. The club was packed with up to 320 patrons.

About 30 people were freed after an armoured vehicle carrying a SWAT team broke down the club's doors.

The gunman, who was shot dead a few hours later during the SWAT operation, had reportedly committed the act of violence in the name of IS, pledging his allegiance to the terrorist organisation. 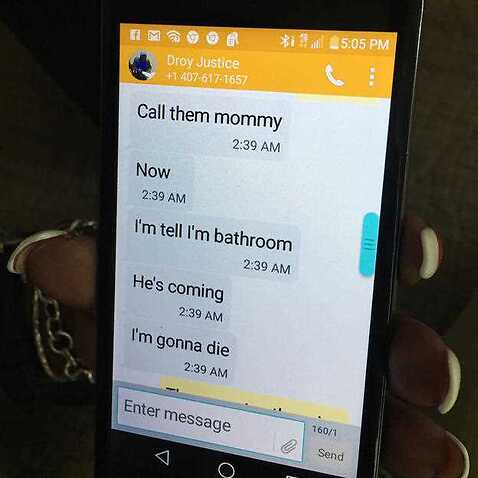 Aust leader solidarity over US massacre 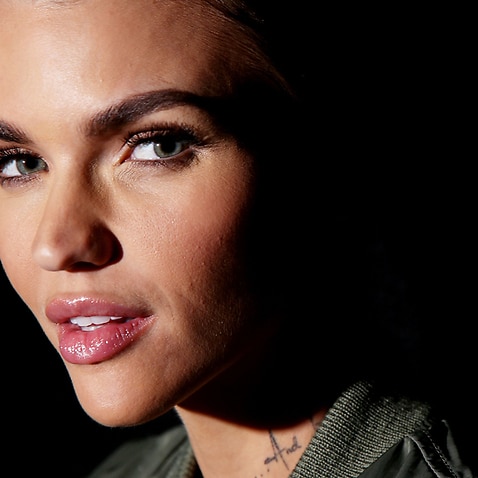