10 things you should know about slavery in Australia

The dark history of forced labour and Stolen Wages is slowly becoming a national conversation, with people sharing their traumatic first-hand experiences of indentured service. Here are some ugly truths about white masters and black servants in Australian history. 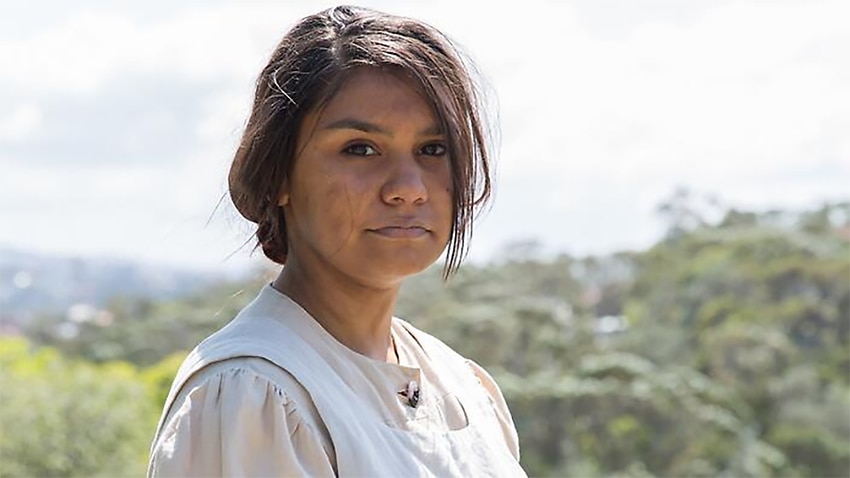 1. You should know that ... Just because we don't call it slavery doesn't mean it's not slavery

Much like the words ‘invasion, ‘theft’, massacres’, and ‘wars’, Australia appears uncomfortable using the word slavery in reference to its own history. But no matter what you call it, the forcing of thousands upon thousands of people to work for no money, or only for basic rations, is tantamount to slavery by any meaningful definition.

Blackbirding, Stolen Wages, indentured service, indentured labour; are all words that have been used to avoid the harsh bite of the word. However, the realities of these words have always been much the same; unpaid labour, unsafe working conditions, exploitation, abuse, and decades long campaigns for justice and recognition - many of which are still ongoing. This is a significant relationship between Indigenous and white Australians.

2. You should know that ... the people are still alive to tell the tale

While the forced labour of Aboriginal people by the Federal and state Governments formally began in the late 19th Century, the system didn’t end until up to the 1970s. This means that there are number of people in our community today who lived through this experience. It's a period that led to what is now known as the Stolen Wages and is intimately linked to Stolen Generations history.

Read More
In Pictures: These are the faces of the stolen wages

3. You should know about ... The recent documentary Servant or Slave

As an Aboriginal filmmaker I thought it my duty to give the generation a clear voice and audience in fear that in another twenty years or so, they might be gone, taking their stories with them, writes Mitchell Stanley, filmmaker of Servant or Slave.

Awarded a 5-star review from The Guardian, Servant or Slave (On Demand here) tells the stories of five women who experienced Australia's slavery system first-hand. All members of the Stolen Generations, Rita Wright, Violet West and the three Wenburg sisters, Adelaide, Valerie and Rita share their experiences of being forcibly removed from their families, put into domestic training homes as children and being sent out to work as domestic 'help', and life after working in unsafe conditions for no money.

"Many Australians have some knowledge, or assumption, of the kinds of things that might have transpired during these dark times. But to hear them articulated by the victims themselves, and illustrated by powerful albeit discreet re-enactments, brings the details to mind in terrible ways," says director, Stephen McGregor.

4. You should know about ... The groundbreaking documentary, Lousy Little Sixpence

It was premiered in 1983 at the Sydney Film Festival and was the first media of it's kind to discuss - reveal, even - this widespread dark history. Audiences were so affected that some viewers thought the film was fiction because the concept was too shocking to be conceived as was real.

5. You should know about ... This quote from Larissa Behrendt

6. You should know that ... Rations are not wages

In some cases, indentured labour as slavery is argued against or denied, as the people in question were often paid in rations. This is uncannily similar to those in the US who try to refuse the atrocity of their slavery period by making a point that people were fed and housed as part of the process. *Ahem*. Of course people were fed, human beings require sustenance for energy - energy that was ironically used to encourage them to work for hours on end for no pay.

7. You should know why ... More people know about the Stolen Generations and not Stolen Wages

Generally, the public is not as aware of wages being stolen from Indigenous people as high as children being removed from families.

While the Bringing Them Home Report by the Australian Human Rights Commission was released in 1997 - which was courtesy of academics, artists, activists and performers such as Peter Read, Alec Morgan, Kev Carmody, Archie Roach and even Midnight Oil who increased public awareness and pushed the agenda - , a Senate Inquiry into the monies stolen wasn’t held until a decade later - in 2007.

There are also significant barriers to Indigenous people finding out just how much they are owed as many records and government document have been incomplete, lost or destroyed. Some of the records were deliberately destroyed, particularly when Aboriginal Welfare Boards were disbanded in the late 1960s. It's also important to consider that many Aboriginal and Torres Strait Islander people were not allowed bank accounts until the 1970s, so payment processing were added hurdles.

8. You should know how ... Slavery can tell us a lot about gender roles in society.

From the early 1900s, Aboriginal children were systematically placed into homes run by the state Government where they were to train for their servitude.

Boys taken to Kinchela Aboriginal Boys' Home, which took up to 600 children in its 40-odd years of operation, trained them to be gainfully employed in manual or agricultural work when they turned 15 years of age. A large number of girls were taken to Cootamundra Aboriginal Girls' Home with to be trained to work in domestic service when they also turned 15.

Both roles demonstrate the prevalent racist ideology that Aboriginal people were inferior in intelligence and only fit to become the servants of the rest of society, and their 'employment' was driven by their gender, as opposed to their interest, talent or skills.

'Blackbirding', in Australia, was the practice of kidnapping or coercing Islanders from Vanuatu, the Solomon Islands, and other nearby islands to work in Australia as indentured labourers.

It is believed that over 50,000 people were brought into NSW and QLD, predominantly in the 1800s. Although there were legal frameworks in place to allow this practice, it is regarded by many as having been a mere pretense to justify what would otherwise be acknowledged as criminal practices.The 1901 Pacific Island Labourers Act saw approximately 7,000 people deported, tearing families and communities apart.

In 2013, Vanuatu is called for an apology over the practice known as 'blackbirding', when Pacific Islanders were used as labourers in Queensland.

An excellent article in the Sydney Morning Herald by Emelda Davis, a second generation descendant of South Sea Islanders who were blackbirded, speaks of the inhumanity and cruelty of this deportation by noting that, “the wages of 15,000 deceased Islanders were used for this deportation and the low and hard-earned wages of the Islanders were used to pay part of their fare to return to the islands that in some cases had seen their entire male population kidnapped.”

10. You should know that ... Exploitation of Indigenous labour is still ongoing

Today, there are some Indigenous people in Australia who are required to work a minimum 46 weeks a year for the Government with no leave entitlements and no superannuation, and are paid a significant portion of their wages on a card that can only be spent in certain stores and on certain wages.

The Community Deveopment Programme (CDP), an Government employment service for people living in remote areas, has been criticised in a recent Jobs Australia report as being overly complicated and having not enough community buy in. There are also concerns that the system makes reaching the requirements difficult and with too many financial penalties. For example, a participant can lose up to 10 per cent of their fortnightly pay-per-day for non-compliance. The CDP has been further criticised for applying penalties more frequently than comparable non-remote programs.

A recent report completed for Jobs Australia by ANU researcher, Lisa Fowkes, points out that, “There are approximately 34,000 job seekers in CDP, compared to around 760,000 in jobactive – it is less than 1/20th the size of the larger program.

Yet, since the CDP came in, the number of penalties to remote job seekers has exceeded that applied to their non-remote counterparts. In the quarter ending March 2016, 46,183 financial penalties were applied to CDP participants, compared with 27,338 applied to jobactive job seekers.”

In the conclusion to this report it states that: The most important thing is that many aspects of the current CDP must be changed, as the Program is currently causing more harm than good, and in areas where the alternatives to income support are, at this point in time, extremely limited. Thus creating the exploitation of Indigenous labour still occuring, in 2016.

Servant or Slave is available On Demand. It contains themes that may distress or upset viewers. Please click on the links provided for support on issues such as; mental health and suicide, stolen generations, domestic violence and children and education.