10 things you should know about white privilege

How much do we actually know about the concept and history of this sociological term, which is rapidly gaining popularity? 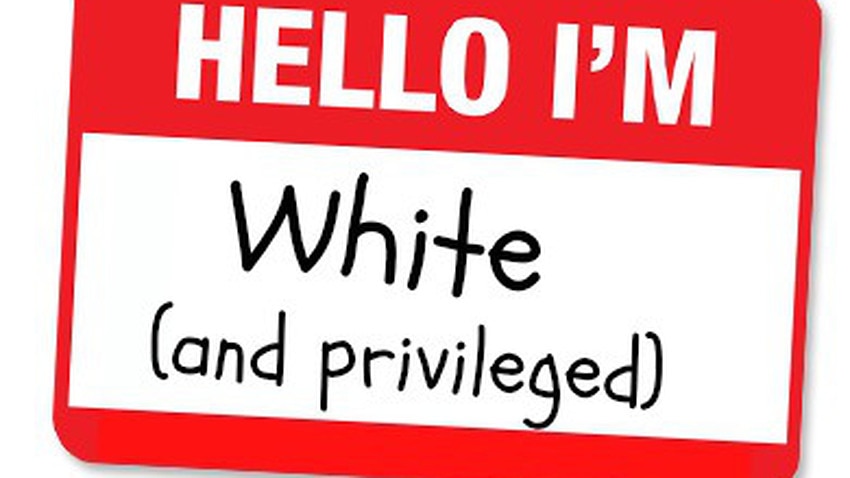 1. You should know about ... Peggy McIntosh's 'Unpacking the Invisible Knapsack'

In 1988, Academic and Feminist, Peggy McIntosh wrote a 50-point essay, identifying and noting down some of the daily effects of privilege in her life as a white person living in the U.S.

Although the underlying concepts date back at least as far as to the work of W.E.B Du Bois in the 1930s, it was McIntosh's essay in the 1980s that made 'white privilege' gain popularity in social discourse. (It is well worth noting, and with no small amount of irony, that it took the work of a white person to gain notoriety for a concept that many prominent black academics and intellectuals had been identifying and 'unpacking' for decades already.)

Some of 'Unpacking the Invisible Knapsack' is here,

2. You should know that ... White privilege is not class privilege

As the word 'privilege' is often associated with the upper classes; people who went to private schools, those who got a car for their sweet 16th, those who have hired 'help' or people whose parents paid their rent throughout university, many white people who come from low socioeconomic backgrounds negate the concept of white privilege.

White privilege doesn't mean that you are born into money, that's class privilege.

White privilege means that you are born into the racial 'norm', another kind of privilege. A privilege where you can;

And lastly, unlike class, a person cannot hide their race.

3. You should know about ... Jane Elliott's brown-eyed-blue-eyed experiment

A school teacher named Jane Elliott was living and working in segregated 1960s America where black citizens' civil rights were perpetually denied. She became so affected by the widespread prejudice, particularly after the racially motivated assassination of Dr. Martin Luther King, that she made an effort to teach her students - the future generation - how illogical it is to discriminate a person purely because of the way they look.

Like skin colour, eye colour is determined by pigmentation and Elliott's classroom became a 'society' where brown-eyed students were privileged over blue-eyed students, and then after time, reversed this blue-eyed children to feel superior. By creating a microcosm of power and prejudice, where children were briefly exposed to both, Elliot was able to impart on them a life long lesson about the absurdity of racism and of white privilege.

Since then she has replicated this exercise for adults around the world.

4. You should know that ... It's not about what white people do get, it's about what they don't get

You should know that the opposite of privilege is disadvantage. While a person might not feel like significant opportunity (like the private schooling or the car) has been handed to them on account of their whiteness, on the flip side - and more importantly - disadvantages haven't either.

White privilege doesn't mean that you get to walk into a supermarket, shoplift and not be reprimanded. Instead, it means that you are less likely to be racially profiled and followed around by store security with the assumption you're going to steal, because you're not white.

When you are white, you are less likely to,

Do you have the privilege to avoid having your race, religion and cultural identity made into a costume and worn by a group who have oppressed your people for hundreds of years? Source: Flickr

5. You should know that ... "You have white privilege" does not automatically translate as 'you are a racist'.

In the words of Peggy McIntosh, “I was taught to see racism only in individual acts of meanness, not in invisible systems conferring dominance on my group”.

Having your white privilege mentioned doesn't mean that you are being labelled as someone who is actively prejudice toward non-white people. Instead, it is making the point that as a white person, you receive benefits from being the dominant ethnicity in society. Also admitting that you have white privilege doesn't conflict with your own acceptance of diversity.

6. You should know that ... The greatest trick white privilege ever pulled was convincing the world it doesn't exist.

The myth of the meritocracy, and the fallacy that at some magical point in the last few decades, is that racism was not only abolished, but was slowly replaced with 'reverse racism' and that white people are now the disadvantaged group. This has made the realities of white privilege more elusive than ever before.

7. You should know that ... Acknowledging white privilege isn't enough to end it.

Because so few people acknowledge the existence of white privilege, and because it can feel like such an overwhelming awakening to finally see it, many people feel that the work is done simply by acknowledging it. While this is an important first step, it doesn't actually do much to reduce it, or to eventually end it.

Privilege should be distributed in order to actually spread the social, policitical and economic opportunities and advantages to other groups. For example, rather than just acknowledging the existence of Indigenous arts organisations, using the resources of Indigenous peak bodies and the skills of their artists will be active in making change. The same principle goes for actively using Indigenous run businesses and distributing the wealth of employment. Also, having equal representation in the media and advertising. And distributing the wealth of policy and decision making.

8. You should know about ... The role of white privilege in 'reverse racism'.

9. You should know that ... It's not the job of those who are disadvantaged by white privilege to calmly educate white people about it.

10. You should know that ... Pretending that colour doesn't exist is not the solution to abolishing white privilege.

Race may be a social construct, but that doesn't change the fact that racism is real; that people are different colours, or that the consequences of this history have not been redressed or removed from the society we still live in.

Taking the "I don't see colour" approach may sound like a great idea in theory, but it doesn't undo the impacts of racism.

At best, what it does do is allow you to wipe your hands of playing an active part in the work that needs to be done to eradicate racism, and at worst it means you are perpetuating the existing status quo by denying the identity and the very real experiences of people who live with the realities of racism every day.

Also, isn't it funny how many white people are 'colourblind' compared to non-white people? Having the opportunity to pretend that race doesn't exist the epitome of white privilege.

Ballin Out
Lighthearted yarn on all things NBA and NBL
Get the latest with our exclusive NITV podcasts on your favourite podcast apps.
NITV