DOWNLOAD 13.4
SUBSCRIBE
Helmed by a jury, the anticipated awards night on 20 August will felicitate members of the Indian film fraternity virtually. Source: Supplied by IFFM

An international showcase of films, drama and documentaries, the Indian Film Festival of Melbourne (IFFM) is currently underway in virtual format after the festival was forced to hit pause for in-cinema screenings due to ongoing COVID-prompted lockdown in Melbourne.

IFFM 2021 celebrates contemporary, bold and thought-provoking cinema in its 12th edition as it attempts to encapsulate the best of drama, documentaries and films from the Indian subcontinent that created ripples despite the tough conditions induced by the ongoing health crisis.

The largest festival of its kind in the southern hemisphere, IFFM is providing an opportunity to cinema lovers worldwide to experience at home for free screenings of at least 127 films in 27 languages, including seven world premieres, 76 Australian premieres and a record high 34 films by female directors.

Sharing the highlights of the festival, Benu Bindra, a member of the IFFM organising committee, told SBS Punjabi that while fans in Melbourne may miss spotting Indian movie stars this year, the switch to online screening would not mar the magic of the annual festival that’s become a part of the local tradition.

“Obviously, we were forced to change the program last minute, but this year we are still going ahead with the awards night on 20 August, which will be virtually held, giving fans a chance to see their favourite stars online who have been nominated for this year’s awards.

“All fans have to do is register for the event, which is free of cost,” Ms Bindra said. 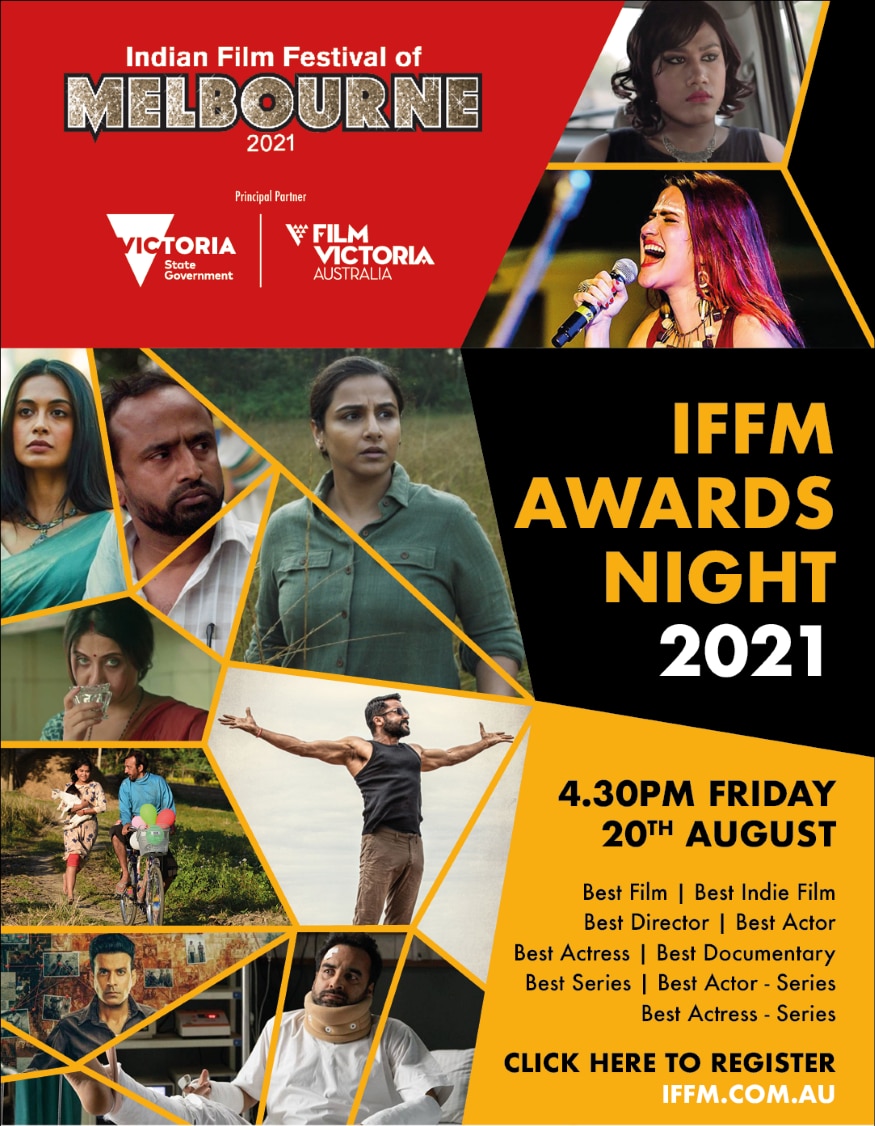 The awards night will be held virtually on 20 August.
Supplied by IFFM

Helmed by a jury, the anticipated awards night on 20 August will felicitate members of the Indian film fraternity virtually, who have been nominated for categories, including best film, best indie film, direction, acting (male and female), best documentary, best series and best performance in series (male and female). 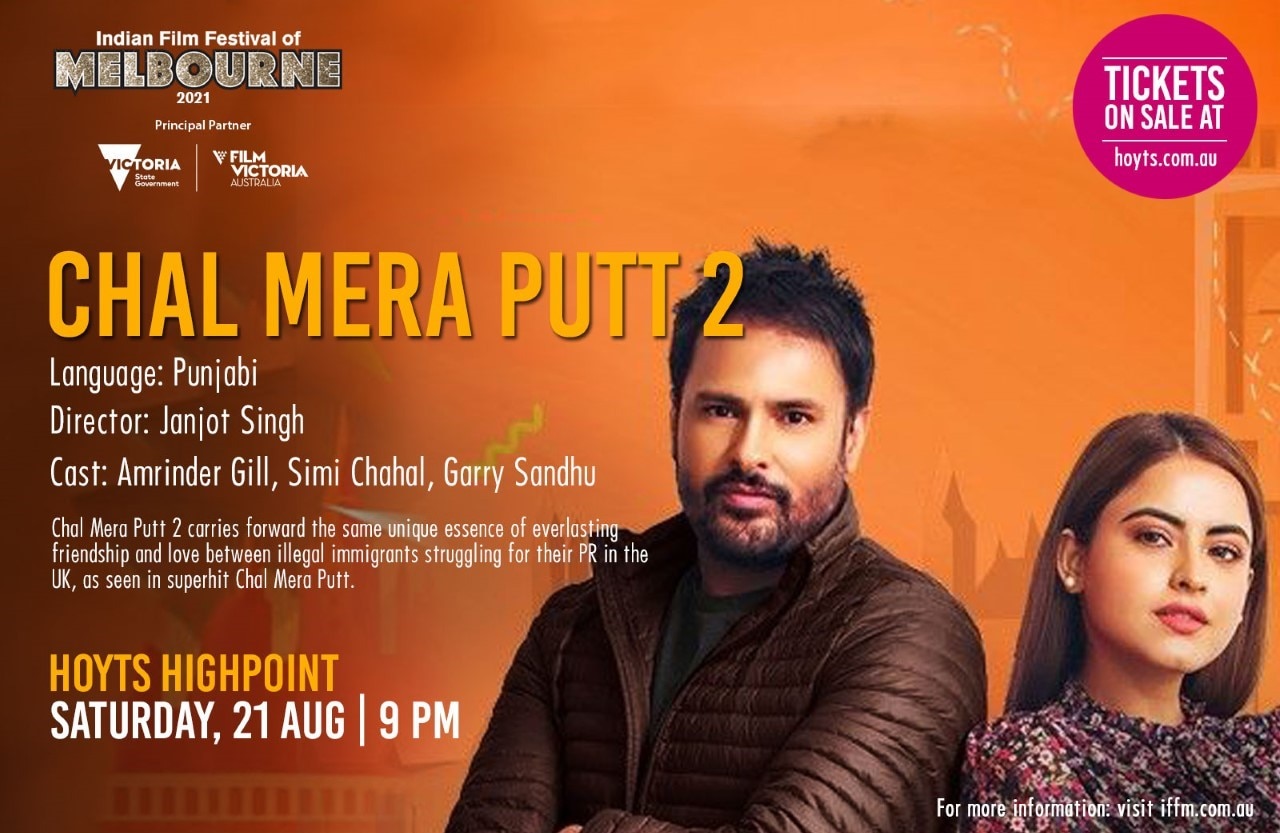 Punjabi film ‘Chal Mera Putt 2’ starring Amrinder Gill and Simi Chahal is also being showcased as part of the festival.
Supplied by IFFM

Punjabi film ‘Chal Mera Putt 2’ starring Amrinder Gill and Simi Chahal is also being showcased as part of the festival.

Lauding the efforts of the organisers, Victorian Premier Daniel Andrews said: “It (the festival) is a chance to reflect on the enormous contribution India has made to the world and an opportunity to reaffirm the qualities that make India a great and vibrant democracy.”

“This incredible event – which draws visitors from across the world, both in-person and online – is an important celebration of India’s cinema and culture,” he said in a statement ahead of the event.

Click on the player at the top of the page to listen to the interview with Benu Bindra in Punjabi.