Paying for university in Australia

Australia is one of the most expensive countries in the world when it comes to higher education. It's no surprise that 90 per cent of its eligible students take up a loan to pay for university. There are different types of loans, as well as scholarships, to assist students with their fees.

In Australia, a three-year undergraduate degree costs about $32,000. Not many people can pay upfront. Andrew Norton is the Higher Education Program Director at the Grattan Institute. He explains that university students are offered either a Commonwealth supported place (C-S-P) or a fee-paying place.

The Higher Education Loan Program (HELP) consists of four loan schemes. The main one and most popular is HECS-HELP. Under it, students who are Australian citizens can borrow money from the government for their higher education.

"Virtually all undergraduates in Australia universities are eligible for HECS-HELP, which sort of permanent resident being the only major exception. And of those who are eligible about 90 per cent take up their loan. So this is by far the most popular kind of loan. And if you are an undergraduate it's pretty unlikely, you'll have any loan except that."

"At the moment, it's just under 56 000 dollars, but next year, next financial year, it will drop down to 52 000 dollars so it will affect slightly more people than the current threshold."

Up to the end of June, Australians with a HELP debt who lived overseas didn't have to pay it back while they lived outside Australia. But Andrew Norton says it's not the case anymore, since the first of July.

On top of HECS, there are three other loans available to assist students.

"Then there is another scheme called FEE-HELP, and that applies to students who are on full-fee places, and that's mostly post-graduate courses, or courses in private higher education providers. SA-HELP is to pay for your student amenities' fees, so each university charges about $300 for extra non-academic services. OS-HELP is if you want to do a semester overseas in a foreign university, OS-HELP pays for that."

With FEE-HELP there is a maximum debt about $100,000, but students can keep taking out HECS-HELP loans through their entire life if they want to.

Young student can also receive ongoing payments to assist with the cost of living.

"Youth allowance applies for young people up to age 24. Fairly complex eligibility, but generally people whose parents earn up to $150,000 can get at least some youth allowance. Not necessarily the whole amount, and so that can be a valuable assistance to people who are seeking to go to higher education. Generally, most students also work, so it's a combination of your own income and youth allowance."

It can be quite difficult for asylum seekers and refugees on temporary protection visas to afford an education without government support. Tim O'Connor, from the Refugee Council, says that they've been working with universities to provide scholarships to help those people.

"They give people who may not have had that opportunity, the opportunity to go to university. And what we know with so many refugees and so many other people, who are seeking asylum, is that they're desperate to start their lives. Education provides routine and it also provides opportunity. An opportunity to go on and get a better job and to contribute to their full potential. And also, importantly, to contribute to the Australian economy, what many refugees want to do."

At the moment, they work with around 14 universities across Australia. Tim O'Connor shares the success story of one of these students.

"He missed out on six years of school when his family was forced to flee his home in Kabul due to persecution. His father had been killed. The family decided to flee. He was in Pakistan for a number of years where he wasn't able to access education at all. He came to Australia when he was 21. He enrolled in school, starting off in year eight, and was quickly accelerated through because he was very bright. He picked up English very quickly. He's now studying engineering at one of Australia's most prestigious universities and last year, he received the university medal for his year."

And for more information about scholarships for asylum seekers and refugees, visit the Refugee Council.

Scholarships for asylum seekers and refugees 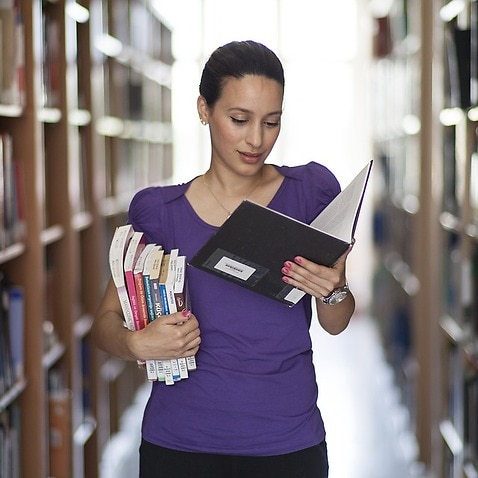 How do I pay for my studies in Australia?