Pie in the sky: How Italian cuisine made it to the International Space Station

Space food has gone from all bland - powders and thick liquids stuffed in aluminium tubes - to the cuisine of astronauts' choice, such as lasagne, tiramisù, pizza, caponata etc. SBS Italian spoke to Liliana Ravagnolo who has been training astronauts for the last 15 years.

At the very beginning of the so-called space race, scientists were concerned that eating food in space would be impossible. The primary worry was that the ability to swallow food might be impaired by weightlessness. These fears were allayed when US astronaut John Glenn ate applesauce during the Friendship 7 flight in 1962.

But the food that astronauts could eat during their space missions was bland and generally disliked by them.

Fast forward to 2020: space menus have become much more sophisticated and flavoursome, and they even include various cultural specialties. 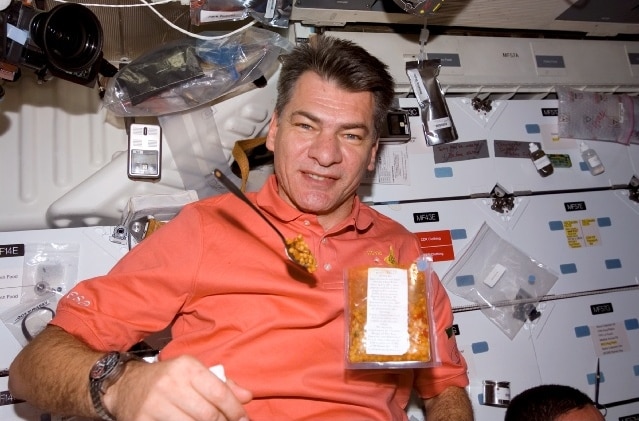 "There are two types of food that are provided to astronauts: one is the standard food, which is provided by NASA and the Russian space agency and constitutes almost 90 per cent of the menu available," she told SBS Italian.

"Then every astronaut is entitled to a certain percentage of bonus food which consists of food that he/she brings from their country of origin," she adds.

Technological advancements have made it possible for astronauts to have foods such as lasagne, tiramisù, pizza and caponata during space missions. These foods are packed in special vacuum bags and containers, subjected to procedures that guarantee their conservation for up to 24 months as there are no refrigerators on the International Space Station. Ms Ravagnolo says these foods have the taste and consistency similar to freshly made dishes.

"Generally, some chefs are assigned to follow the preparation of the recipes but a series of nutritional requirements for the preservation of food must be respected, which are established by NASA and the Russian Space Agency," she says.

There are two main processes to guarantee the astronauts' favourite food can last for the duration of the space mission. One of them is dehydration.

"All the water is removed from the food, which is then reintroduced at the time of consumption, then the food is stored in vacuum bags. On the Station, the astronaut adds hot and cold water depending on the type of food."

Among the dehydrated foods, there are strawberries, shrimps and eggs.

"Other types of food, such as pasta, meat with sauces, are thermostabilized. They are cooked and placed in special aluminium containers, and then placed in an autoclave where they are brought to very high temperatures and pressures in order to kill any bacteria that may be there and allow storage for 24 months without degradation." 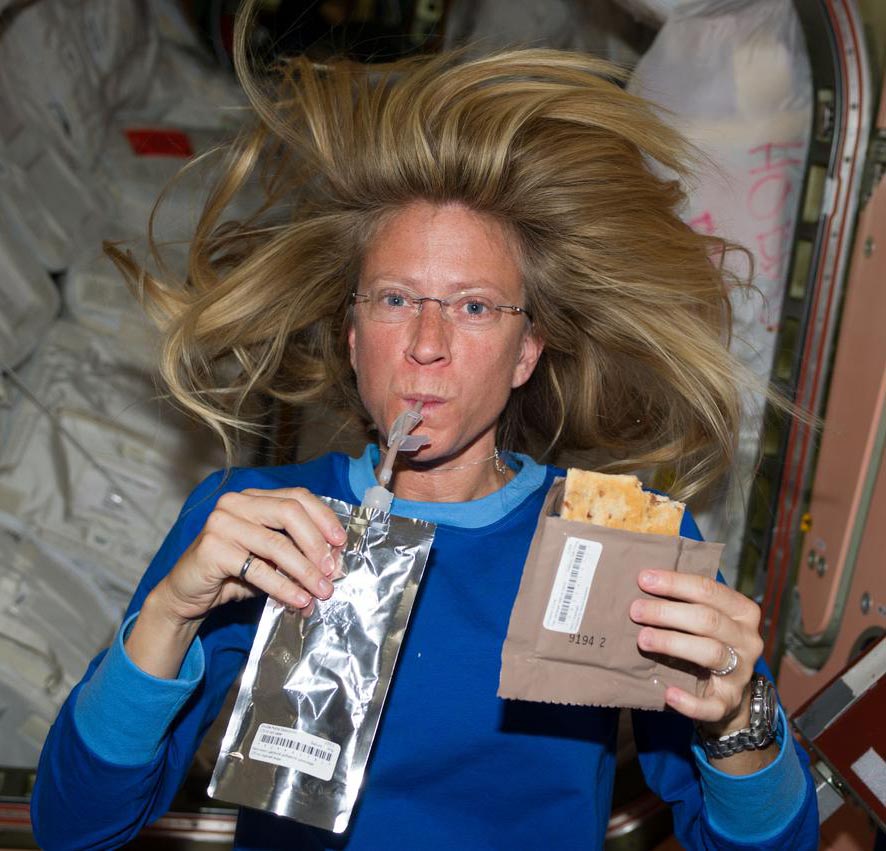 Ms Ravagnolo has been working for nearly two decades with astronauts of the International Space Station, which has recently celebrated its 20th year in orbit around the Earth.

She says while food may not be the number one priority for astronauts on complex missions, it plays a critical role in their psychological wellbeing.

"We must consider that these astronauts spend long periods in space; six months away from families, loved ones, friends, and taking a piece of their country of origin helps to overcome the feeling of distance."

"Generally, when they consume these meals, they tend to share them, and this also helps build the group and cement friendships." The ISS crew comes from many different countries. At the moment, there are people of Russian, US and Japanese nationalities on board.

She says sometimes astronauts' request for specific foods prove quite tricky to meet.

Among the more specific requests regarding menus onboard the International Space Station, Ms Ravagnoli recalls the vegan menu of Italian astronaut Samantha Cristoforetti, who spent 200 days in orbit.

She recalls an English astronaut's demand for fish and chips, which a chef did try to fulfil, but had to give up as it was impossible to keep it "fresh" for 24 months.

But you never know, given the progress that has already been made since the 1960s, even having fish and chips on the International Space Station could become possible in the coming years. Listen to the interview with Liliana Ravagnolo, Mission Operations & Training Manager at ALTEC, in Italian.