China's embassy in Canberra has expressed "deep regret" over the decision to extend Australia's travel ban for an extra week, as the country braces for further economic impact. 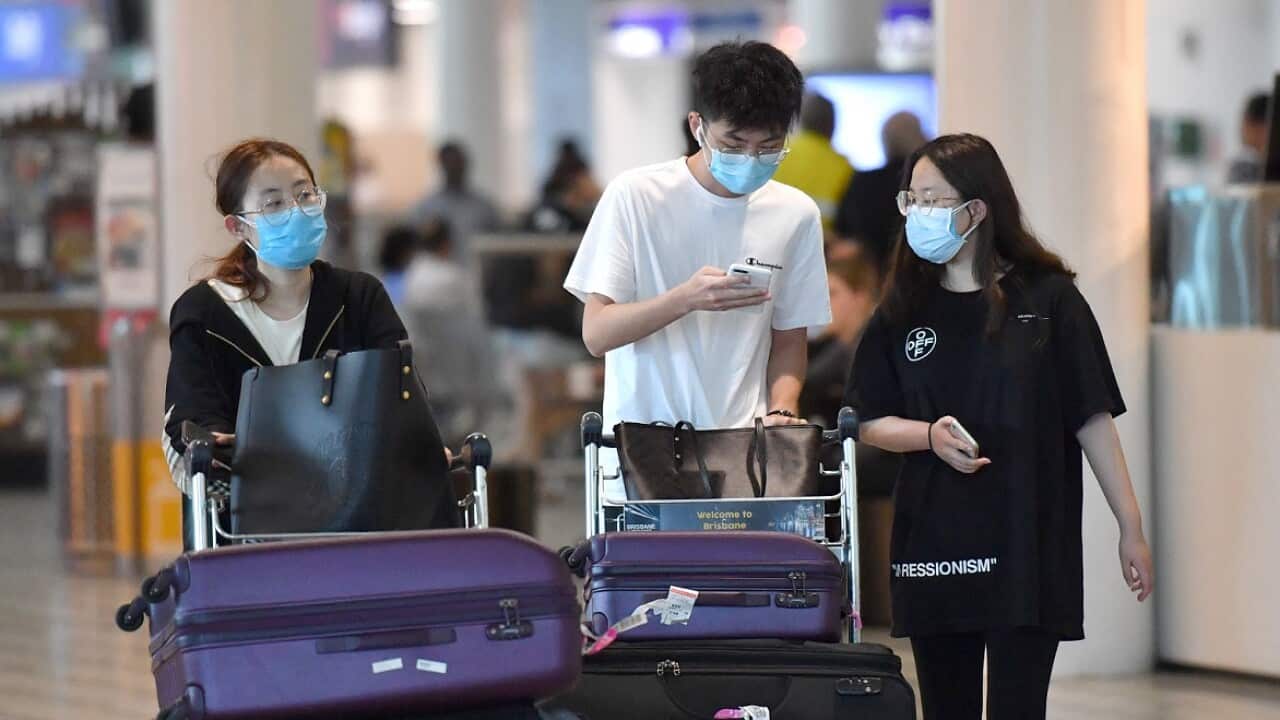 China has slammed
Prime Minister Scott Morrison’s decision to extend the travel ban
on all non-Australians arriving from China, urging the government to "respect" the World Health Organization’s recommendations.

A statement from the Chinese Embassy in Canberra said the move to extend the initial 14-day travel ban by another week in the hopes of curbing the spread of the coronavirus was “an overreaction indeed”.

"The World Health Organization has repeatedly stressed that it does not recommend putting travel and trade restrictions on China,” the statement read.


Advertisement
"We urge the Australian side to ... respect WHO's professional recommendations, and lift the restrictions as early as possible."

The travel ban, which also affects students and temporary workers from China, has already had a significant impact on the Australian economy, with thousands of international students prevented from travelling to Australia ahead of the start of the semester.

Australia's Deputy Chief Medical Officer, Paul Kelly, told ABC News on Friday morning that the ban had been extended because experts believed "nothing materially had changed from the previous week, so our advice remained the same".

Announcing the extension on Thursday, Mr Morrison said he was aware of the economic impacts and the decision was not taken "lightly".

"We are very mindful of the disruption and economic impacts of these arrangements, but I note Australia is one of 58 countries that has introduced some form of travel restrictions," he told reporters in Canberra. "My job is to protect the health of Australians."

The ban would be extended for a week from Saturday and reviewed weekly, Mr Morrison said.

The extension coincided with the most deadly day since the outbreak of the novel coronavirus,
now known as COVID-19
, with the
death toll in China jumping by 240
.

Hubei’s Health Commission also announced 14,840 additional infections had been confirmed after they revised their diagnosis method, with the number of infections worldwide now surpassing 60,000.

The number of cases in Australia has remained steady at 15, and six of these have recovered, but at least 12 Australians are among the 218 people who were infected with the virus on the Diamond Princess cruise ship in Japan.

Hundreds of Australian citizens and permanent residents evacuated from the Chinese city of Wuhan also remain in quarantine on Christmas Island and in old mining accommodation just outside Darwin, but so far there have been no confirmed cases of the virus among these groups.

The WHO has
not recommended any trade or travel restrictions
, advising that any bans should be "short in duration, proportionate to the public health risks, and be considered regularly as the situation evolves".

One of the biggest impacts from the travel ban has been on the thousands of Chinese international students that come to Australia to study.

As of October last year, there were more than
730,000 international students in Australia
, with 28 per cent hailing from China.

READ MORE
The coronavirus finally has an official name. Here's how it was chosen

Universities Australia chief Catriona Jackson said universities will quickly contact their Chinese students to ensure they understand how the extension of travel restrictions will affect them and to provide support.

Chief executive of the International Education Association of Australia and chair of the task force aimed at managing the effects of the ban on the education sector, Phil Honeywood, told ABC Radio on Friday that Australia would suffer the greatest effects of the coronavirus travel bans, compared to other international study destinations.

READ MORE
We depend on Chinese travellers, so how will coronavirus travel bans impact our economy?

"China is very much our number one student source country," Mr Honeywood said. "Unfortunately, we've got Canada and the United Kingdom very much competitors as study destination countries and they are still very happily taking Chinese students."

He said of the 200,000 Chinese students enrolled in Australian institutions, including high schools, English language schools and universities, more than 107,000 are still offshore, including approximately 85,000 university students.

Australian business owners have also expressed dismay at the effects of the ban, which has resulted in a significant decrease in foreign travellers.

Earlier this month, Australian tourism operators told SBS News they were struggling to remain afloat due to the drastic decrease in foreign visitors.

Boat hire operator Charlie Grech, who owns Blue Riviera Hire Boats in the Victorian coastal town of Lakes Entrance, said about
70 per cent of his business relied on Chinese tourists
.

"The coronavirus on top of the bushfires, for us, has been a double whammy, we're going to really struggle to cover our expenses this year," he said.

February is usually the
peak month for Chinese arrivals in Australia
, due to the influx of international students and its proximity to Lunar New Year.