After Tiana was diagnosed with autism, her parents feared she’d never work or experience being an active part of the community - now in her early twenties, the world is looking a lot brighter for Tiana.

“I wish I could go to university like our neighbours and all my friends.”

This is what Tiana, who lives with autism spectrum disorder, told her mother Michelle, when she finished Year 12. “She was a bit sad,” recalls Michelle Dovecer.

Prior to their two children, Tiana and Lukas, being diagnosed with autism, Michelle and her husband Renato did not know much about the neurodevelopmental disorder.

Tiana, started showing signs of intellectual disability with mild speech delays when she was about three years old. “I could tell there was something not right,” says Michelle. After numerous visitations to paediatricians and specialists Tiana was finally diagnosed with autism at the age of 12. By that stage her younger brother Lukas, now 18, had already been diagnosed. 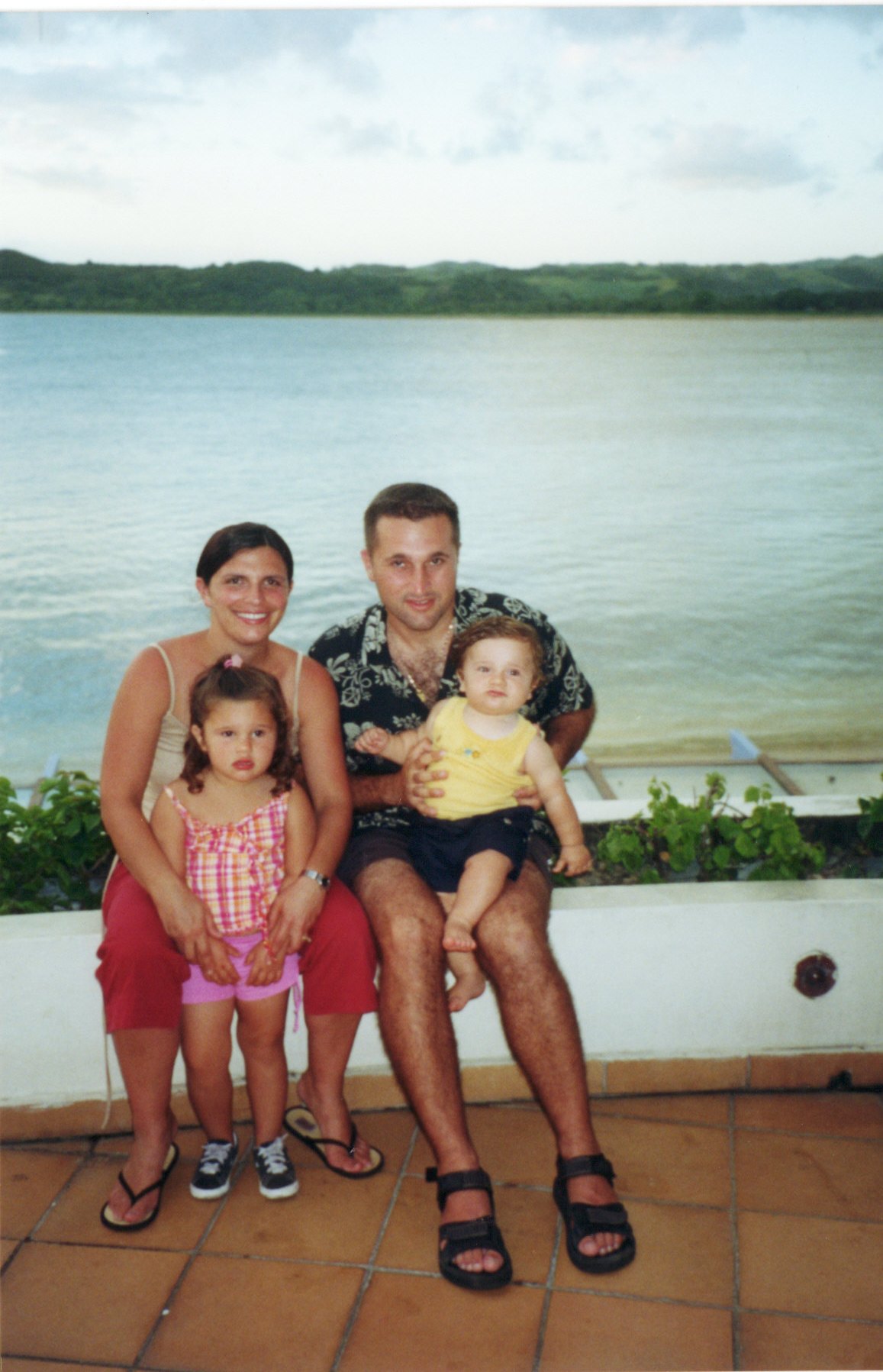 After those initial months, Michelle and her husband decided to learn everything they could about the disorder. “We started buying books, researching, learning about it and things started to get easier,” She says. “I was motivated by them, I could see that they were so enthusiastic with therapy they just wanted to be the best they could be even at a young age.”

Ever since their diagnosis, therapy has been a big part of Tiana and Lukas’s lives. Their mother Michelle, who was working in finance before having children, did not return to work so she could make sure her children could access all the programs available to them.

After Year 12, Tiana, who is now 21 and works as a trainee early childhood educator, started volunteering. About a year later Tiana told her mother that she wanted to join the NextPath program - a program that supports young people with intellectual disabilities to find work and volunteer work placements in their chosen fields. Through this program Tiana was able to find a placement at Exploring Tree early childhood learning centre. And that placement resulted in Tiana securing a job. “She’s perfect, she’s beautiful, we love her and she belongs here,” says Jessica Owens, Exploring Tree’s Director. “Why couldn’t she work for us?” Michelle says her and her husband were “ecstatic” and proud when they heard about Tiana’s job offer. “This beautiful girl with autism and a moderate intellectual disability, she got a job and she did it on her own.”

Steve Kenny, a behaviour therapist at the Autism Advisory and Support Service says employment can be a factor for anyone to have a fulfilling purposeful life and it is no different for people with autism. “People with autism are open to learning new skills, they’ve been learning their whole life, they also have big hearts. Someone like Tiana working in childcare is ideal, she will bring that big heart to that job for sure.”

Steve has also been working with  Tiana’s brother Lukas. He’s spent over a year helping him to improve his social skills. 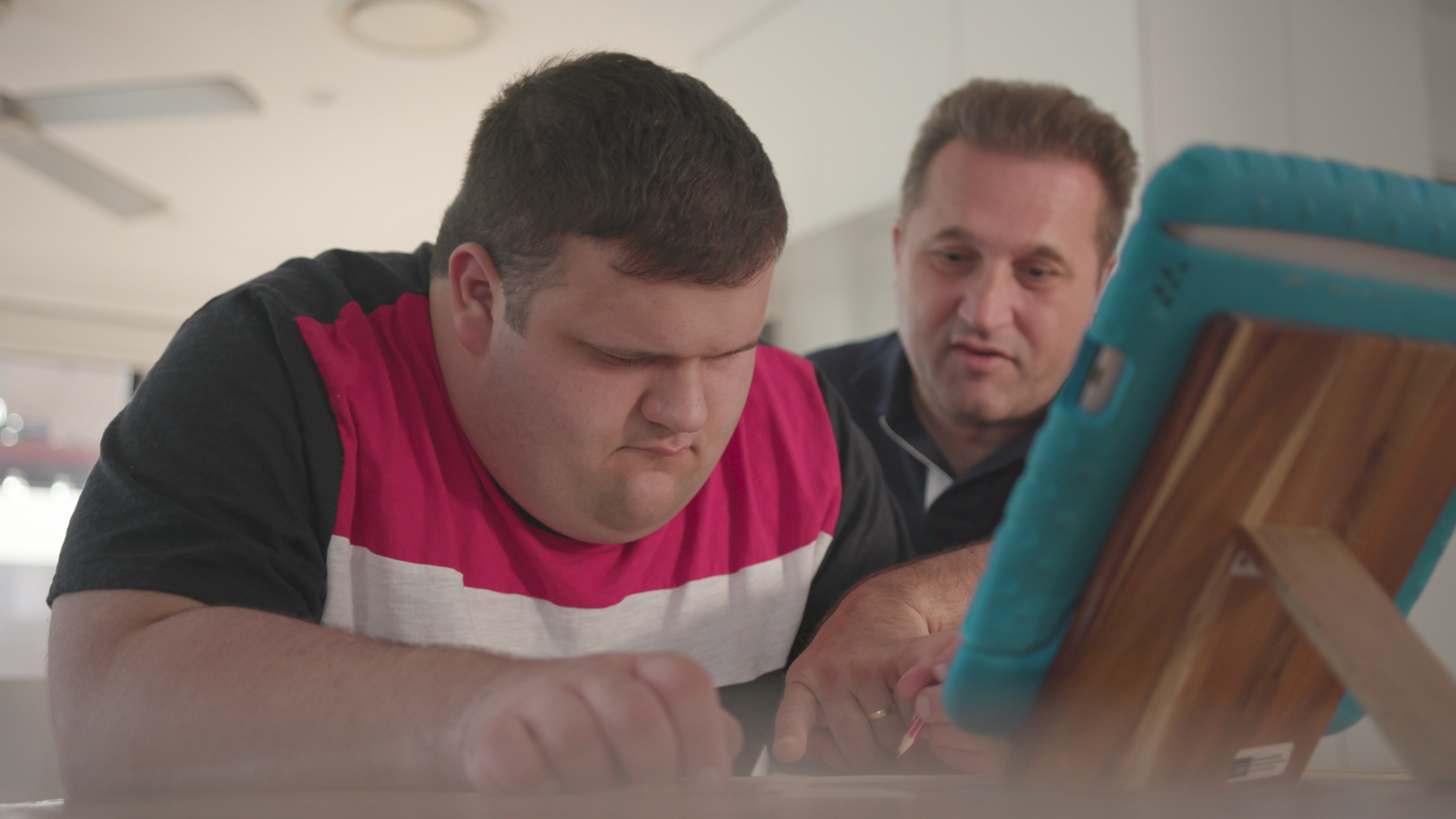 Lukas drawing with her father Renato – who is also an artist and inherited the skills from his own father.

Tiana has been working at Exploring Tree for about a year now. She says the job is a dream come true – having a job like everyone her age and her friends was something important to her.

“This is what I want to say to people with autism, follow your dreams, follow your heart and eventually you will get there.” 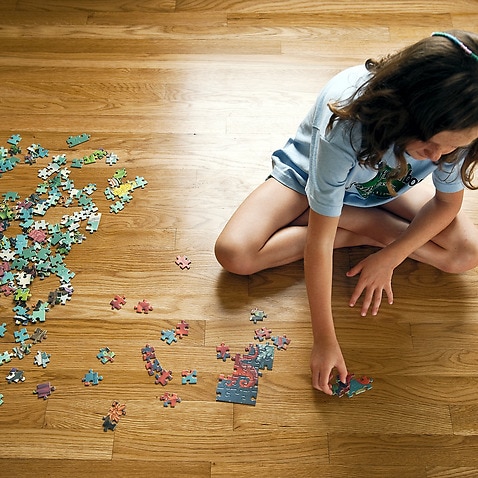 Are we getting autism diagnosis right?