Prime Minister Scott Morrison has flagged an overhaul of the migration system based on a region-by-region approach to encourage more migrants to settle outside major cities.

Prime Minister Scott Morrison says he is considering ideas to push more migrants to regional areas to deal with rapid growth in metropolitan cities of Sydney and Melbourne.

Mr Morrison told Fairfax Media priority will be placed on encouraging migrants to go to parts of the country that need growth. Migrant regional plan must be 'fair and transparent'

“Smaller capitals like Adelaide and Hobart and so on and even Perth – they want more people. But in Sydney and Melbourne they don’t. I get that,” he said in an interview the newspaper.

Alan Tudge in his former role as Multiculturalism and Citizenship Minister proposed the idea of requiring migrants to settle in regional areas, although the practicalities of how this would be achieved was left unaddressed. Currently, permanent migrants have freedom of movement to settle in a location they choose.

One idea put forward in the population-immigration debate is to incentivise migrants by using a points system to fast-track temporary workers who choose to settle in areas other than Sydney and Melbourne.

Mr Morrison also said there could be merit in slowing the flow of international students to universities in Melbourne and Sydney. Carrot and stick: minister flags ‘incentives’ to direct migrants away from capital cities

“But there could be a case for it in Melbourne or the University of New South Wales or UTS (University of Technology, Sydney),” he said.

With an honours degree in applied economic geography from the UNSW, Mr Morrison has held portfolios on immigration, population and productivity issues.

The population and congestion debate gathered steam last month when the Australian Bureau of Statistics’ clock reached the milestone of 25 million people.

Demographers said the rate of growth by global standards has been “relatively rapid”. Australia’s population grew by 1.6 per cent throughout 2017, with over 50 per cent of that growth concentrated in Sydney and Melbourne.

In the cabinet reshuffle after the federal Liberal leadership spill, Mr Morrison gave Alan Tudge the task of “congestion busting” as the Minister for Cities, Urban Infrastructure and Population.

‘A Prime Minister for regional Australia’

During his visit to the regional NSW city of Albury on Thursday, Mr Morrison said he wanted to be “a Prime Minister for regional Australia”.

“I do want to be a Prime Minister for regional Australia even though I am a boy from the Sydney suburbs.

“I am also someone who is passionate about things well beyond the cities.” Scott Morrison was at the Menzies Research Centre event in Albury where Sir Robert Menzies founded the Liberal Party in 1944.
AAP

Speaking to Fairfax Media after his speech, he said he wanted a serious, not a superficial, debate on population.

“Population growth has many different components. If it’s represented as 10 extra people getting on the bus, just over four are on temporary visas, about four are born here and about two are on permanent visas,” he said. The Outlook: for immigration

David Coleman said building on Australia’s success as an immigration nation would be a key priority in his new role as Immigration Minister.

“As the Morrison Government focuses on building Australia’s prosperity, one of my aims as Minister will be to continue to advocate for the right policies to ensure our nation continues to build on our immigration success story,” he said on Friday. Australian Prime Minister Scott Morrison (right) with the Minister for Immigration David Coleman during a visit to steel manufacturer Galvatech in Sydney.
AAP

“Every day I am reminded of how immigration has shaped our society, as well as contributing to our skills and culture.”

Migration is projected to contribute $1.6 trillion to Australia’s economy by 2050.

The Australian Chamber of Commerce and Industry has been lobbying the federal government to allow regional employers to sponsor skilled migrants from a broader list of occupations.

“Strong long-term settlement outcomes in the regions come from supporting employment growth, and enabling businesses to get the skills they need,” said the group’s CEO, James Pearson. 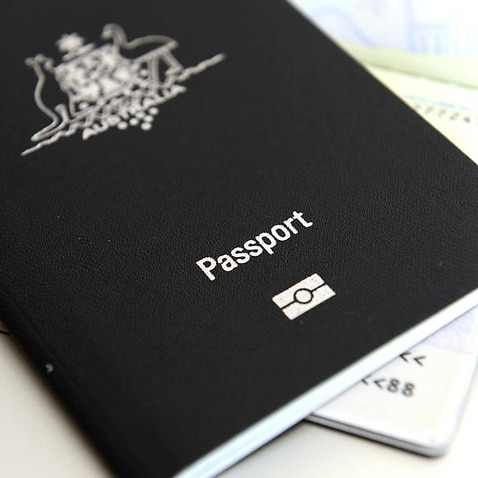 “We need to support industries, such as those that deliver regional tourism services, to create more economic opportunities and skilled jobs for Australians, supplemented by migration when needed.”

Mr Pearson urged the government to reconsider its restriction of the permanent and temporary employer-sponsored migration over the past 18 months.

He said debate about congestion in Sydney and Melbourne was more about infrastructure provision than migration.

“We need a well-managed migration program to help our economy to adapt and grow," he said.