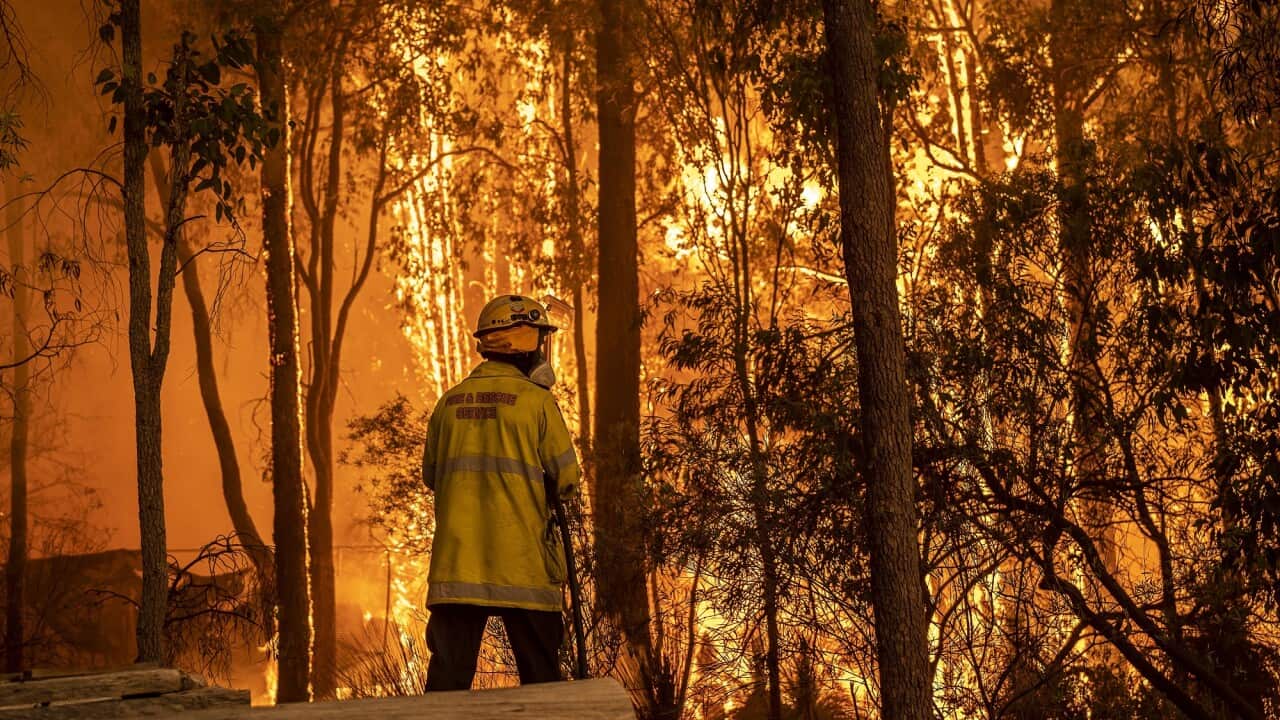 A firefighter helps to contain the Wooroloo-Chidlow bushfire in Western Australia on 27 December 2021.

Apple Podcasts‎Google Podcasts‎Spotify‎Download (15.03 MB)‎
Published 15 January 2022 at 7:00pm
Tags
Temperature records continued to be broken in 2021, with US scientists confirming the Earth experienced its sixth hottest year on record.
Published 15 January 2022 at 7:00pm
Tags
For 25 countries, 2021 was their warmest year on record with record-high temperatures in parts of northern Africa, south Asia and areas of South America.

Australian climate scientists say the findings reinforce the longer-term trend of rising temperatures around the world.

SBS On the Money: What the election means for markets, tax and first home buyers